We want to say Thank You! 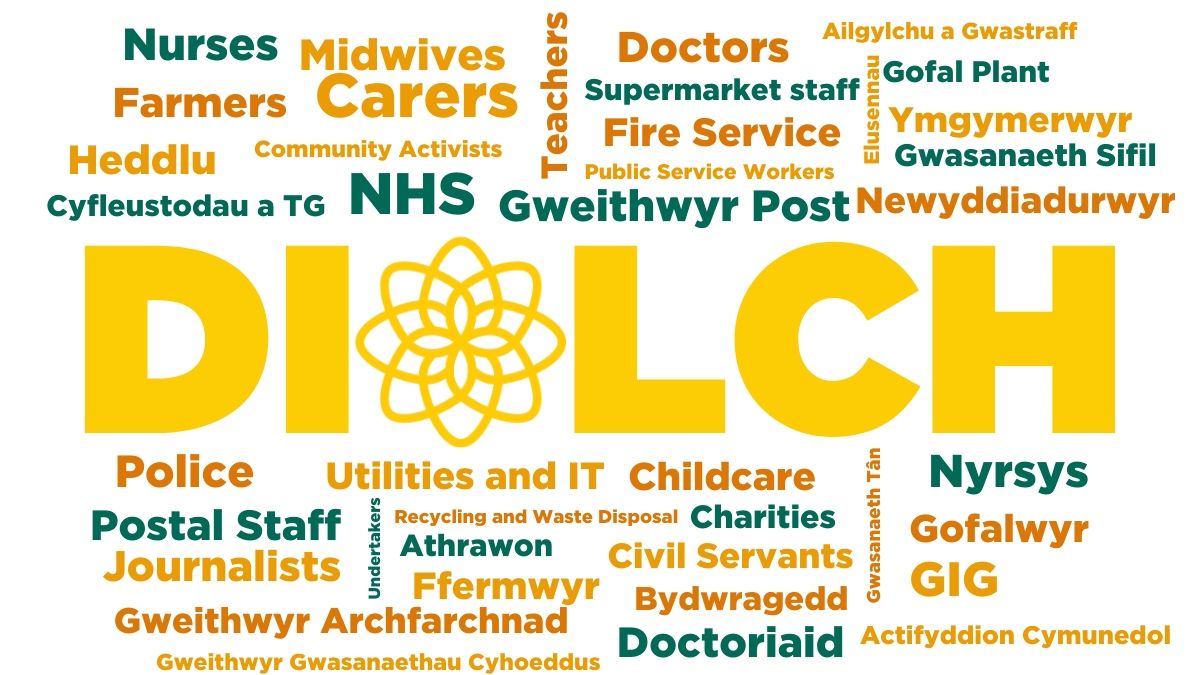 During these difficult times, we are so grateful to every key worker giving their all to save lives, take care of our communities, and keep Wales moving.

Every one of us has a personal reason to be thankful, and a powerful story to tell. Will you share yours with us so that we can share it with those giving everything on the front line?

Write your story in the box below, and we'll feature a selection on our social media channels over the days and weeks ahead.