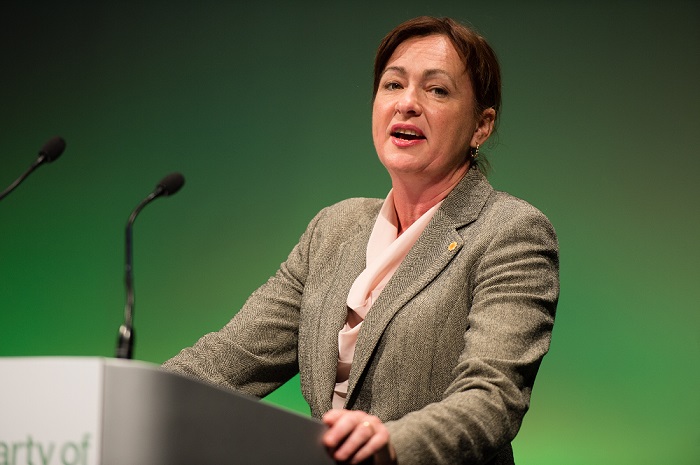 Plaid Cymru will today (Thursday 7th September) urge Westminster MPs to put the economy before ‘cynical political gain’ as the House of Commons prepares to debate the EU Withdrawal Bill.

The Party’s leader at Westminster, Liz Saville Roberts MP will accuse the British Government of sacrificing the economic interests of the British State in pursuit of a ‘false, globalist utopia’ and urge MPs to reject the current Brexit trajectory.

Ms Saville Roberts will highlight that Wales’s export-led economy is reliant on European markets, where 67% of Welsh products end-up. Upwards of 90% of Wales’ crucial food and drink exports go to EU Member States.

She will point to the 200,000 Welsh jobs that depend on the country’s relationship with the Single Market and the Customs Union and criticise the Labour Party for failing to stand up to the Tories on Brexit.

The Dwyfor Meirionnydd MP will describe the Labour Party’s recently announced “policy fudge” on a transitionary agreement as a means of “delaying the pain” rather than stopping it and urge all MPs to reject the Bill when it comes to a vote on Monday night.

If selected to speak, Liz Saville Roberts will say:

“The economy should not be undermined to ensure cynical political gain.

“Rural economies, farms and the communities they support should not be sacrificed in pursuit of a false, globalist utopia.

“200,000 Welsh jobs should not be sacrificed on the promise of future free trade agreements that seem less likely with every passing minute.

“Wales’s export-led economy is reliant on European markets, where 67% of our products end-up. Upwards of 90% of our crucial food and drink exports go to EU Member States.

“This is before we get on to funding aspects and the fact that Wales is a net beneficiary of European funding to the tune of £245 million.

“All in all, 200,000 Welsh jobs are intimately linked with these two great institutions of European economic cooperation.

“Despite the various contradicting positions of numerous Shadow Cabinet members, I believe their official position is now to simply delay the pain and pull us out of the Customs Union and Single Market following a period of transition.

“This policy-fudge is nothing short of a cynical attempt to try and appease its back-benchers and the disillusioned voters who turned to Labour on the false-promise that they would oppose the Tories extreme Brexit.

“Unlike the Labour party we have been steadfast in our opposition to an extreme Brexit – a Brexit that sacrifices jobs, communities and fundamentally the prospects of future generations.

“We are staring down the barrel of an extreme Brexit gun and the two Westminster parties with their fingers on the trigger.

“Plaid Cymru exists to make Wales matter, and I will not apologise for defending my country from the disastrous dystopia that will be created by this Government’s Brexit strategy – if it can be called that.

“That is why my Plaid Cymru colleagues and I will be voting against this Bill.”