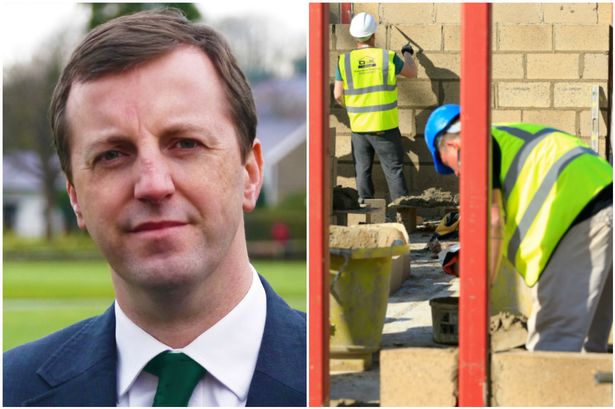 Wales could soon have its own multi-billion pound ‘Welsh Wealth Fund’ to invest in infrastructure and drive economic growth, as Plaid Cymru MP, Jonathan Edwards continues his campaign.

Earlier this year, the Carmarthen East & Dinefwr MP secured a commitment from the UK Government to accept applications from Welsh local authorities to pool pension scheme investments into their own Welsh Wealth Funds, ensuring the funds of Welsh employees are invested in Wales.

The call was made in response to a policy announcement by the former Chancellor, George Osborne, to pool pension scheme investments into "wealth funds" with at least £25billion in assets. Wales' councils are understood to have assets worth £12-13 billion – a substantial figure in itself but almost half of the figure outlined by the UK Government, raising the prospect of Welsh pension funds being pooled with an English region, and risking Welsh pensions being invested outside Wales.

Mr Edwards will today ask the UK’s Secretary of State for Wales to seek confirmation from his UK Government colleagues that applications for Welsh Wealth Funds will be accepted, following an announcement from Monmouthshire Council this week that 8 Welsh local authorities have made an application.

The MP warned that if Welsh pension funds are pooled together with English funds, it is likely that funds from Welsh employees will be invested in English regions. As the policy does not apply to Scotland or Northern Ireland, Mr Edwards said there was a "clear case for making sure that Welsh assets are combined into Welsh pools so that we are able to invest in infrastructure that will develop the Welsh economy."

“As I have said on many occasions, Plaid Cymru has no opposition in principle to the creation of pooled wealth funds, indeed we have made similar calls in our own manifestos to draw down private investment for Welsh infrastructure development.

“I am concerned, however, at the prospect of Welsh pension funds being pooled into a larger ‘England & Wales’ fund and invested in infrastructure outside Wales, particularly when Wales is so in need of investment. This is why it was so important to allow applications from Welsh local authorities to pool their pensions funds to create Welsh Wealth Funds and I’m pleased the UK Government changed its policy to allow such applications.

“Now that we have applications being made, it’s vital that the UK Government sticks to its promises and allows these applications to go through.

“Welsh pension fund assets are worth more than £12 billion. Using just a fraction of this money could be a fantastic opportunity to make up for the years of chronic under-investment in Wales' public infrastructure and create genuine economic growth across the country.”