Welsh Senedd votes to back a People's Vote 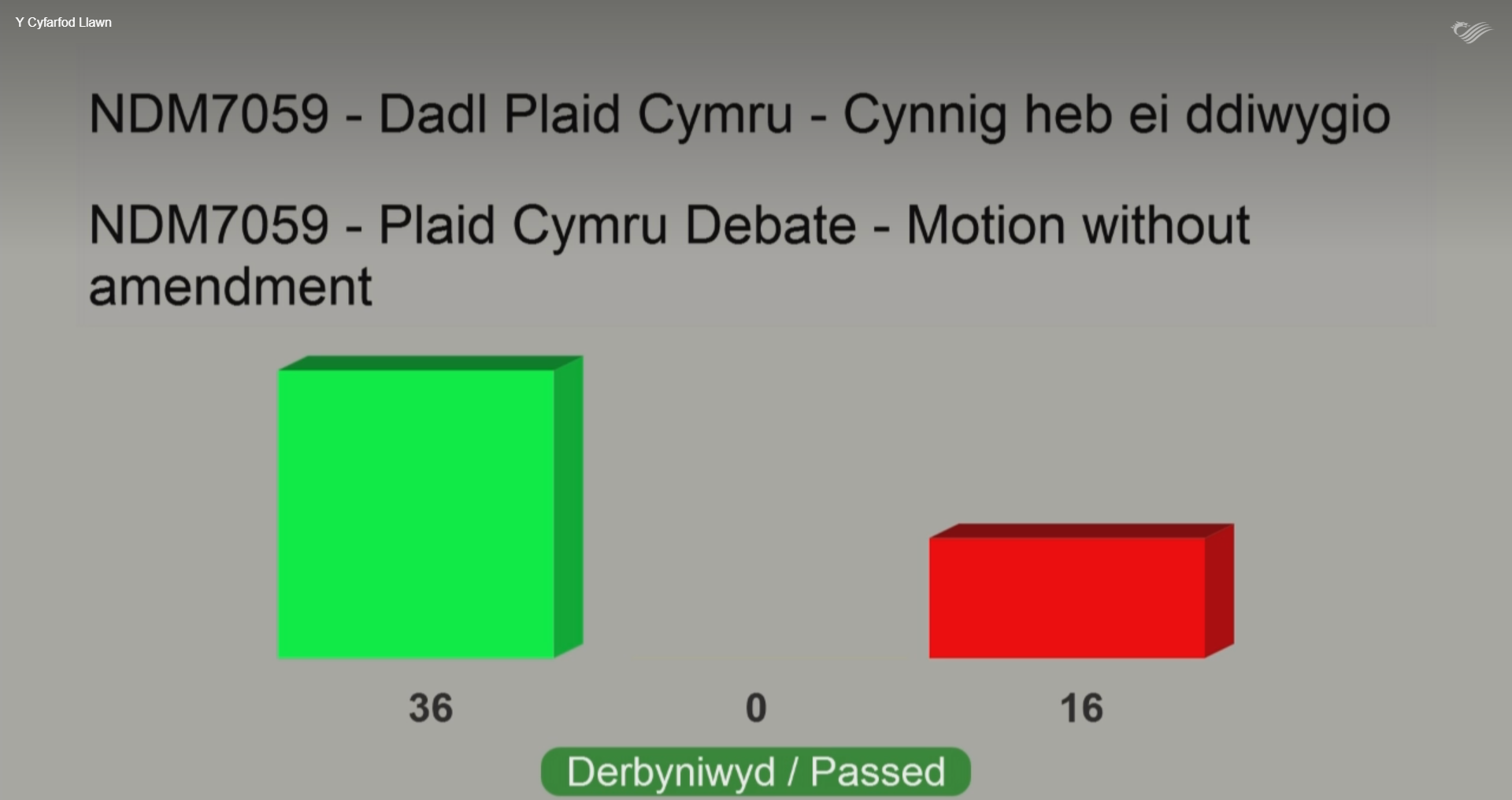 The Welsh Senedd has unequivocally voted in favour of holding a People’s Vote referendum following a debate led by Plaid Cymru.

Plaid Cymru’s motion, which asked "that the National Assembly for Wales declares its unequivocal support for a confirmatory referendum on whatever terms proposed by any Prime Minister that the United Kingdom leaves the European Union, with remain on the ballot paper." passed 36 to 16 with an amendment which reiterated a total opposition to a no deal Brexit.

This makes the Welsh Senedd the first parliament in the UK to declare its support for a final say referendum with the option to remain in the EU.

“Our Senedd has spoken and tonight has given its full backing to holding a People’s Vote with an option to remain in the EU. Plaid Cymru is proud to have led the way on this campaign, and we welcome the Labour Welsh Government’s U-turn on backing a People’s Vote following the European elections two weeks ago.

“We must now ensure people are given the final say on their future. Plaid Cymru has been consistent that we could never and will never accept an outcome that will inflict damage on Wales’ communities and industries.

“Brexit means our Welsh NHS carved up and sold to the US through trade deals. It means the next Tory leader being ready to throw our economy, my constituents’ livelihoods, under that infamous bus, by advocating a no-deal scenario in order to become Prime Minister.

“Let us be clear - no-deal would mean nothing but catastrophe and destitution. This is not a game.  It will affect people’s lives.  And it is crucial we do what we think is best for our constituents – not what is politically convenient.

“There is still time to protect our industries and the £245m Wales receives every year from being in the EU, reaffirm workers’ rights and choose the path that offers the best and brightest future for Wales and our citizens, by choosing to remain in the EU.

“Democracy is a constant and putting Brexit back to the people, with Remain on the ballot paper, is the best and most democratic thing to do. It is also the only conceivable way out of this Brexit mess and to begin healing the divisions in our society.

“The European election result showed that Wales is a Remain nation, and Plaid Cymru is Wales’ leading pro-Remain party. Our motion tonight has made the will of our Parliament known, and Plaid Cymru will continue to fight tooth and nail to protect the interests of Wales from a Brexit that would rip the heart out of our communities and businesses.”