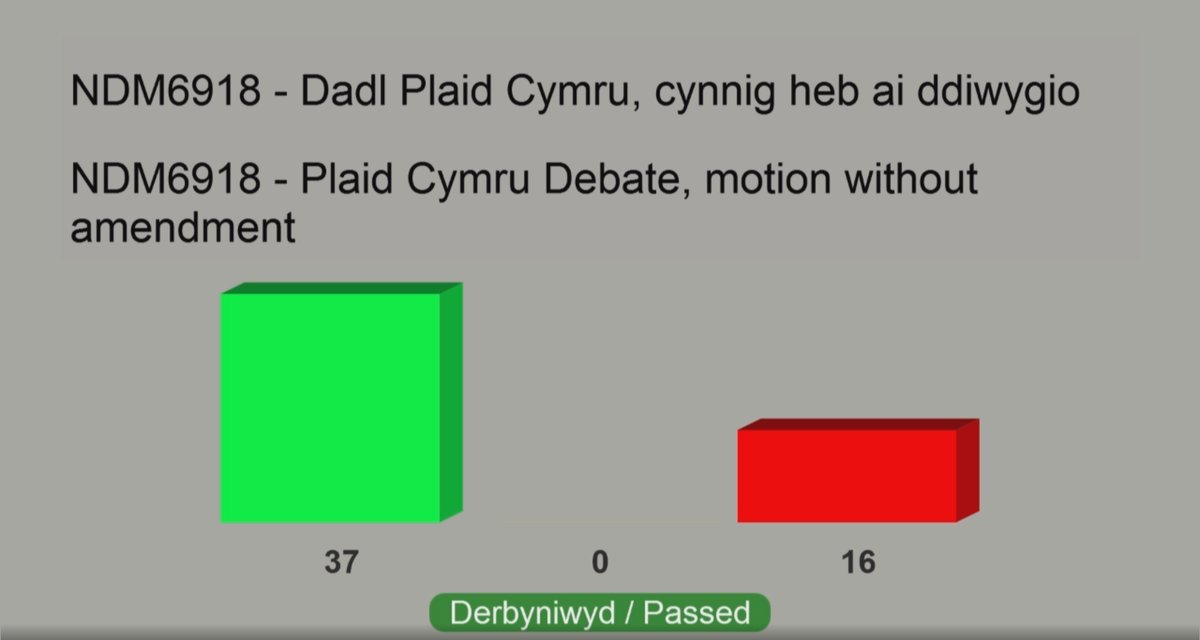 The National Assembly for Wales has today voted in favour of the Plaid Cymru motion to reject an exit from the European Union with no deal under any circumstances.

The motion also calls on the First Minister to ask for the emergency reconvening of the UK JMC (Joint Ministerial Committee) in order to seek agreement on ruling out a no deal exit from the European Union.

The motion passed 37 to 16 with no abstentions.

“I’m very pleased that the Welsh Government and our national parliament supported Plaid Cymru’s motion in rejecting in any circumstances an exit from the European Union with no deal. The agreement on our motion is a good sign that there is an emerging understanding in this place that we must come together to face problems that are crowding around Wales and the Welsh economy, threatening a perfect storm.

“A No Deal scenario would cost the Welsh economy billions, endangering jobs and communities across Wales. It threatens a financial crisis, likely to heavily impact trade and cause a domestic recession, the aftershocks of which will be felt for a long time. This is without even mentioning the chaos it would cause for necessities which we import including food and medicine. It is likely that such is the depth of the short-term impact in certain sectors – the car industry, pharmaceuticals, aerospace, farming – that it will leave a long shadow of economic decline.

“Not only must no deal be taken off the table but it’s time to move on to the real solutions. It’s time to extend Article 50 and put the question of our European future to the people.”

Plaid Cymru leader Adam Price had previously met with First Minister Mark Drakeford earlier today where he emphasised the need for the Welsh Government to make its position clear and to declare its support for a final say referendum as the only remaining solution to the political impasse.