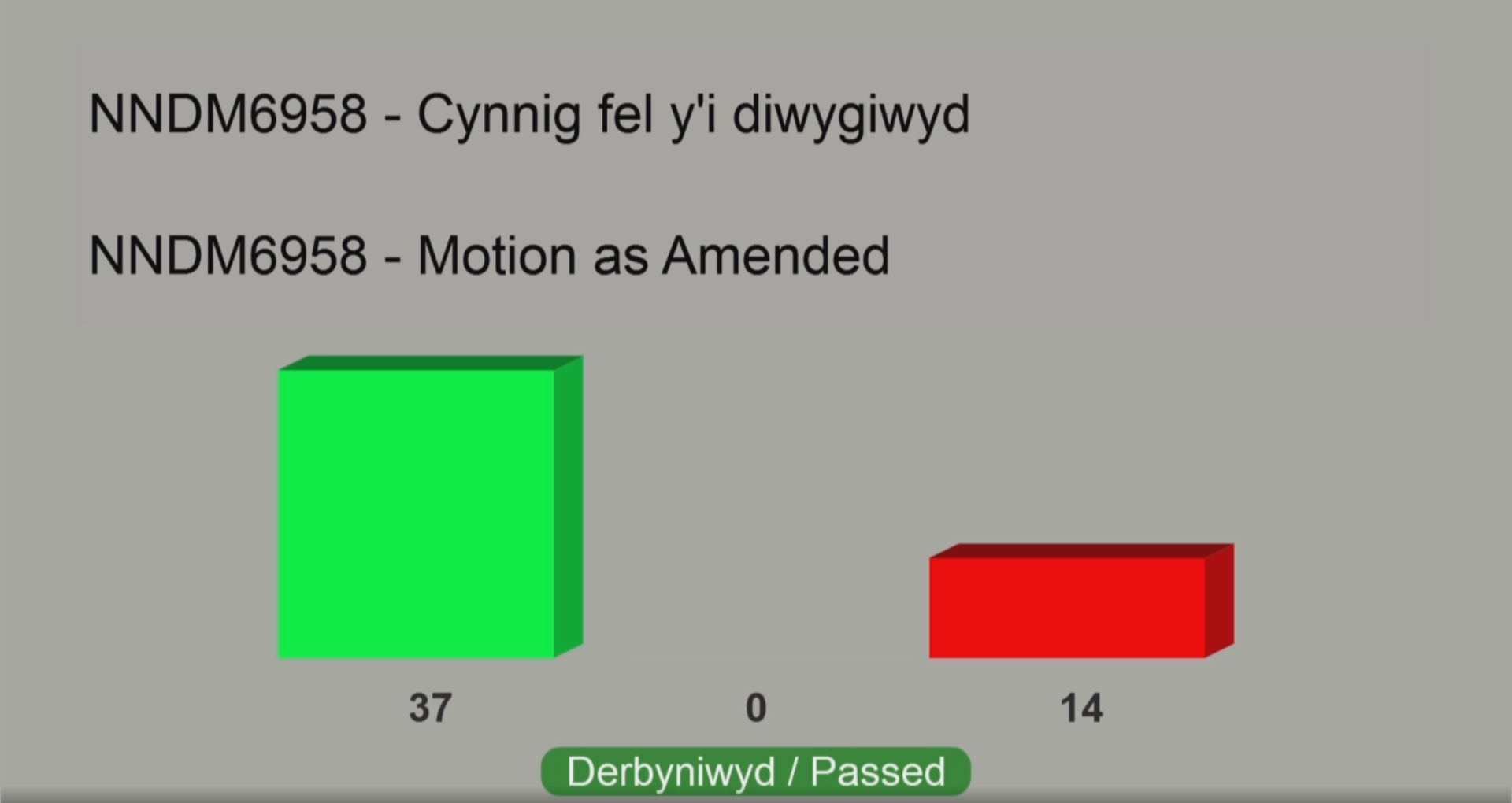 A joint Plaid Cymru-Welsh Government motion calling for ‘work to begin immediately on preparing for a public vote’ has passed with a substantial majority in the National Assembly for Wales.

“As Westminster descends into chaos and fantasy, the Welsh Assembly has shown the way forward by giving its enthusiastic backing to begin preparations for a People’s Vote immediately.

“In a time of crisis, the people expect their elected representatives to take a grown-up approach and work together to secure their best interests, which is why Plaid Cymru decided to work with the Labour Welsh Government to find a solution that is in the best interests of people in Wales, and across the whole of the British Isles.

“Westminster’s Unicorn Brexit, which involves seeking an impossible deal already ruled out by the EU, while also wishing to rule out the only consequence of such an approach without explaining how, will lead to a No Deal Brexit which would mean disaster for all our citizens.

“Politics is broken and in 58 days’ time it’ll be more than politics at stake. People will not forgive us and history will judge us harshly if we did not do everything we could to stop an avoidable disaster.

“Wales has today stated that its democratic will is for a People’s Vote to be held, with an option to remain in the EU, and that preparations for this vote must now begin immediately.”

“Labour in London must now listen to the definitive view of the Welsh parliament - where their own party leads the government, and support our call to begin preparations for a People’s Vote at once.