Welsh NHS being held back by Labour lethargy, says Plaid 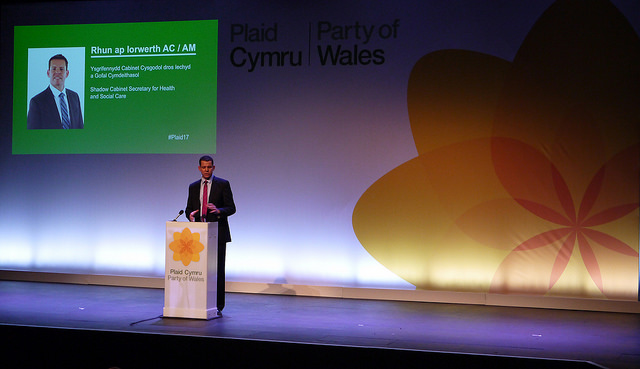 Plaid Cymru AM, Rhun ap Iorwerth has accused the Labour Party of “resolute lethargy” over chronic failures in the NHS.

The Plaid Cymru Shadow Cabinet Secretary for Health said in his speech to the party’s spring conference in Newport that Aneurin Bevan’s vision of an NHS is being held back from its potential under a lethargic Labour government.

He accused the Welsh Government of asking “devoted” and “skilled” NHS staff to “deliver the impossible”, and of taking no responsibility for its failures.

“It was here in Gwent that Aneurin Bevan found his inspiration and found the strength to establish the NHS. But here like in the rest of Wales there’s realisation that his vision is being held back from its potential.

“There is excellence in the NHS in Wales. Devoted, skilled staff, second to none, – we’re lucky to have them, and we can’t thank them enough. But they’re being asked more and more, through lack of Government support - to deliver the impossible.

“People don’t want to lose the hope that the NHS really can deliver on Bevan’s vision, but Labour’s approach to the issues raised about the NHS’s performance seems to be to deny them and blame anyone and anything but themselves.

“They’ll tell us that statistics are not relevant, or claim they refer to isolated incidents. They’ll deflect any criticism as “politicising the NHS” or accuse those highlighting problems of attacking hard-working staff.

“When the issue of unacceptable cancer waiting time targets was first raised, both the then Health Minister and the First Minister made a promise to the Assembly that the targets would be met by October 2013. It’s now March 2017 and those targets still haven’t been met and performance is still as bad today with those promises quietly forgotten.

“Who is to blame for these failures? According to our government - our Health Secretary and our First Minister - it is patients who are too ill, or the Barnett formula that is too unfair. They’ll blame people who smoke and drink as if the people of Scotland and England have a perfectly healthy lifestyle.

“Wales needs a government that takes responsibility and leads with ambition. That’s why Plaid Cymru focusses on solving problems rather than denying them.

“Plaid Cymru will train and recruit the doctors we need for all parts of Wales and we have set ambitious targets for cancer diagnosis. We need our government to focus on making the NHS as good as anywhere in the world, and not just breathe a sigh of relief when new figures aren’t quite as bad as they could have been.

“We need leadership, not management.”