We must declare a Climate Emergency on our own terms, not when it’s too late. 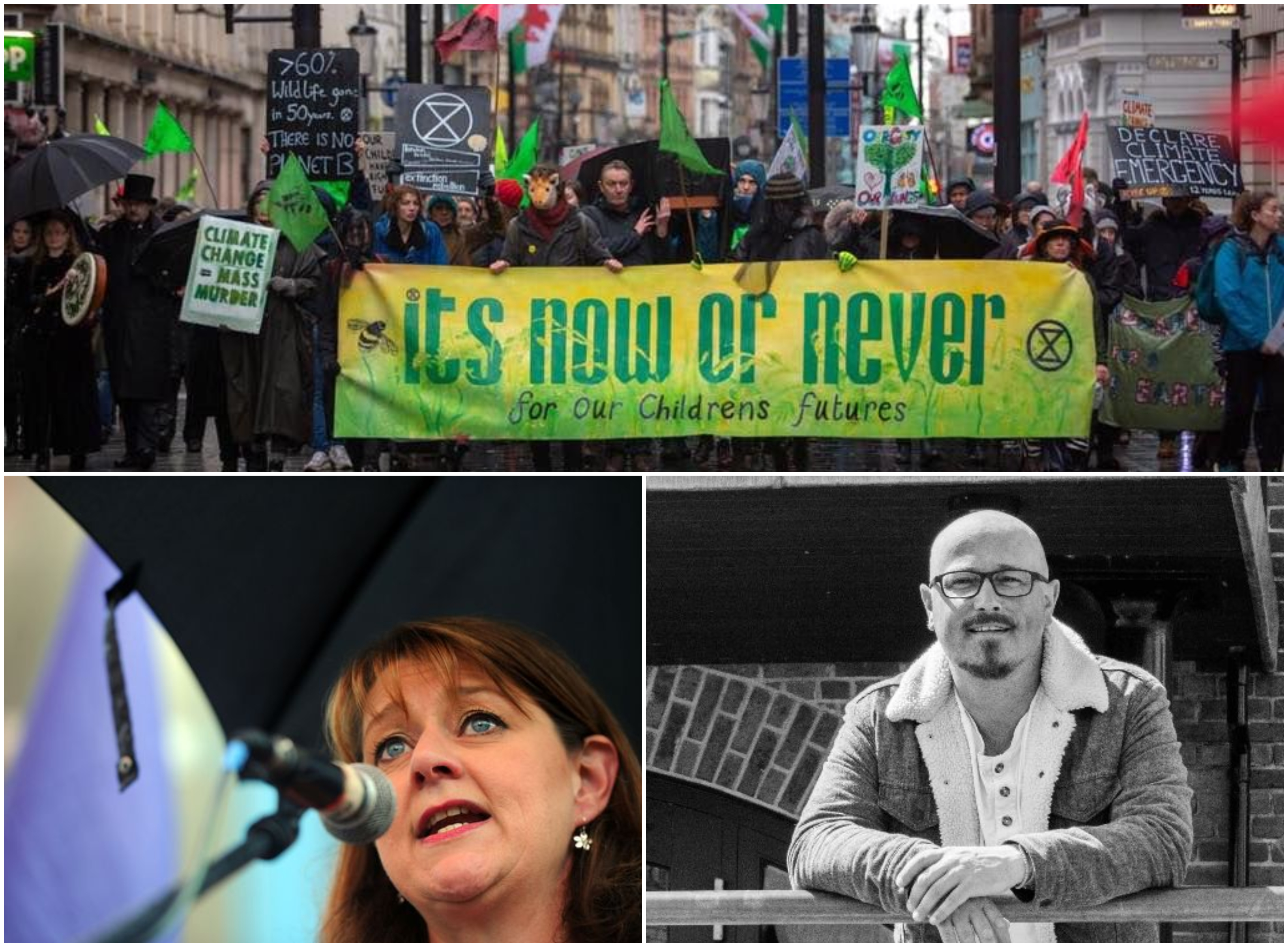 Leanne Wood and Grenville Ham write that any declaration of a climate emergency must go hand in hand with real action.

Extinction Rebellion gained many headlines, but too often the coverage focussed on the protesters themselves, suggesting they were too privileged, too young, or too annoying to be taken seriously. Even the positive news stories missed their central request: We need politicians to tell the truth about climate change and get serious about our ecological crisis.

Because the truth is we are failing miserably. In Wales, our Carbon Dioxide emissions have risen in recent years, proof that despite the hyperbole we are doomed for failure without a wakeup call.

So what do we do? The first step is to acknowledge our problem, which is why Plaid Cymru have tabled a motion in the Senedd to declare a Climate Emergency. After all, accepted science tells us that we only have 12 years left to avert this crisis. But what happens next?

The Welsh Government, two days before the Plaid Cymru motion is to be debated, has declared a climate emergency. Without the commitment to action that such a declaration necessitates, their statement is meaningless.

If our politicians are honest about climate change the prospect of a new M4 around Newport would be scrapped. If we understood the severity of our ecological crisis the idea of concreting over the Gwent levels would be ruled out as a catastrophe. This is why the protesters demand our politicians to start telling the truth, because we can no longer use 20th century answers to our 21st century problems. It’s not new roads we need, it’s better cities, cleaner air and a brighter future. This will be the first test of the Welsh Government’s declaration.

Too many powers affecting Wales still lie with a Westminster government that is hellbent on fracking, airport expansion and selling off national assets. However, we have some of the tools needed to kickstart the next industrial revolution ourselves. Where Wales powered the first industrial revolution we must position ourselves to lead the world into the next great technological leap.

We have the abundant resources (not least the second largest tidal range in the world) and a population small enough to comfortably shift into a zero carbon future. What Welsh Government needs to do is make clear the changes that we need to make and give long-term confidence to our businesses, investors and communities. Contrary to belief, there is widespread business support for this agenda, as long as we have a government that can demonstrate leadership and wise strategic investment. We can no longer chase jobs at any cost, because there are no jobs on a dead planet.

Our economic investments can no longer be spread too thinly either, we need a strategy revolving instead on ambitious low carbon tech with export potential. Green aerospace, such as short haul electric flights and airships for freight, hydrogen and storage, zero carbon housing and decentralised energy systems are going to be pretty much the only technologies that matter in the coming century, so let’s be bold investors. Rather than throwing down more concrete we need investment in public transport, active travel and green infrastructure. Expansion of local food production and supply is also a priority and not only helps our farmers and our health, but can ensure that our soil, our water and our ecology are protected. Rather than get angry about breathing toxic air, lets deliver the technology that helps solve the climate crisis and sell it to the world.

In a country with such vast amounts of publicly owned land it shouldn’t be that our communities can’t use it. Talk to anyone in Wales who has tried to develop a green community project, whether it’s an allotment, a woodland or a wind turbine and they will tell you the same thing. It was the system that was the biggest problem. This needs to end overnight.

Publicly owned land are assets in our fight against climate change. Rather than having our towns flanked by dense plantations, often devoid of biodiversity, instead they could become a haven for wildlife, nestled amongst community food growing, pioneering housing and agro-forestry for our young entrepreneurs. Why fly food halfway across the world when we could grow it ourselves.

We have a challenge of unprecedented scale in front of us. But if our politicians are serious, we can create a system that provides a better life.

Wales can again power an industrial revolution, this time with an economy that makes us healthier, happier and providing the skilled jobs young people so desperately want. Rather than leave for brighter opportunities elsewhere, their best prospects for our children can be here, in their home.

To achieve all of this, the Welsh Government has to indicate how it will respond to the demands of Extinction Rebellion. We must settle for nothing less than a commitment to drastically reduce greenhouse gas emissions with immediate effect. It must also support the setting up of a Citizens Assembly. This is especially important since the Climate Change Commission that was set up in 2007 under the Plaid Cymru / Labour coalition – on Plaid Cymru’s insistence – has been abolished. Citizens Assemblies are a means of monitoring and supporting governments, business and public bodies to do what needs to be done.

This is what our future generations deserve, but it all starts with our politicians telling the truth about the situation we are in.