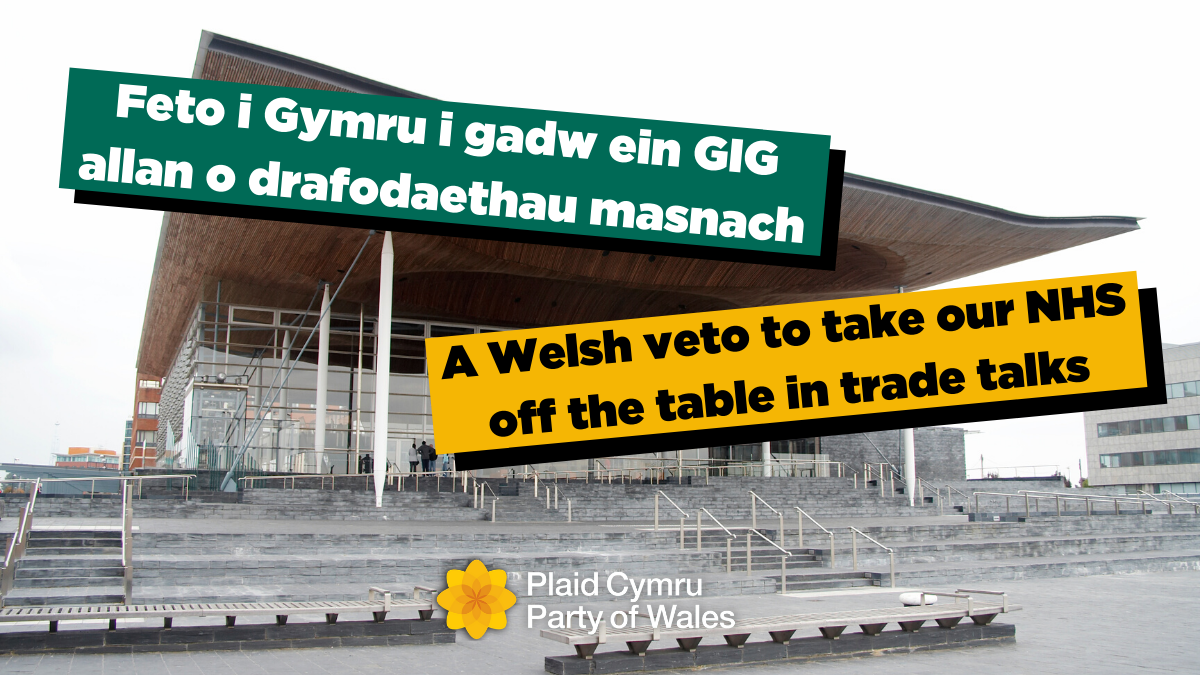 Plaid Cymru will today (Wednesday) hold a debate in the Senedd about the threat a future UK-US deal could represent to the Welsh NHS.

There is clear and mounting evidence that the powerful US pharmaceutical industry is eyeing up the NHS as it lobbies the US Government to include patent and drug pricing in a future trade deal.

Under the current constitutional settlement neither the Senedd nor the Welsh Government has any way to either influence such a trade deal or prevent it being implicated in Wales if it were agreed.

Plaid Cymru is therefore calling for a Welsh veto on trade deals that affect devolved areas as well as changing the Wales Act to take away the Secretary of State for Wales’ ability to interfere in devolved fields.

Plaid Cymru’s Shadow Brexit Minister Delyth Jewell AM said ahead of the debate:

“Donald Trump said he wants the NHS to be on the table in future trade deal negotiations, then denied that he said it – no doubt he will deny the denial once our NHS is within his sights.

“Recently released documents showed that preliminary talks are under way on a trade deal which would include access to the NHS and a video released by Sky News showed US pharmaceutical lobbyists salivating over the prospect of increasing their profits.

“What this would mean in practice would be NHS funds being diverted from frontline services to the pockets of big pharma in the US and patient safety being compromised by dangerous deregulation, the effects of which are clearly seen in the opioid crisis in the US.

“The threat is real, the question is, what can we do about is here in Wales? Plaid Cymru supports remaining in the EU, but if Brexit goes ahead, Wales must take measures to protect itself.

“Our motion in the Senedd today calls for Wales to be given a veto over any deal that would lead to privatisation within our NHS and I would urge Labour and the Liberal Democrat to put party politics aside and support our call.”