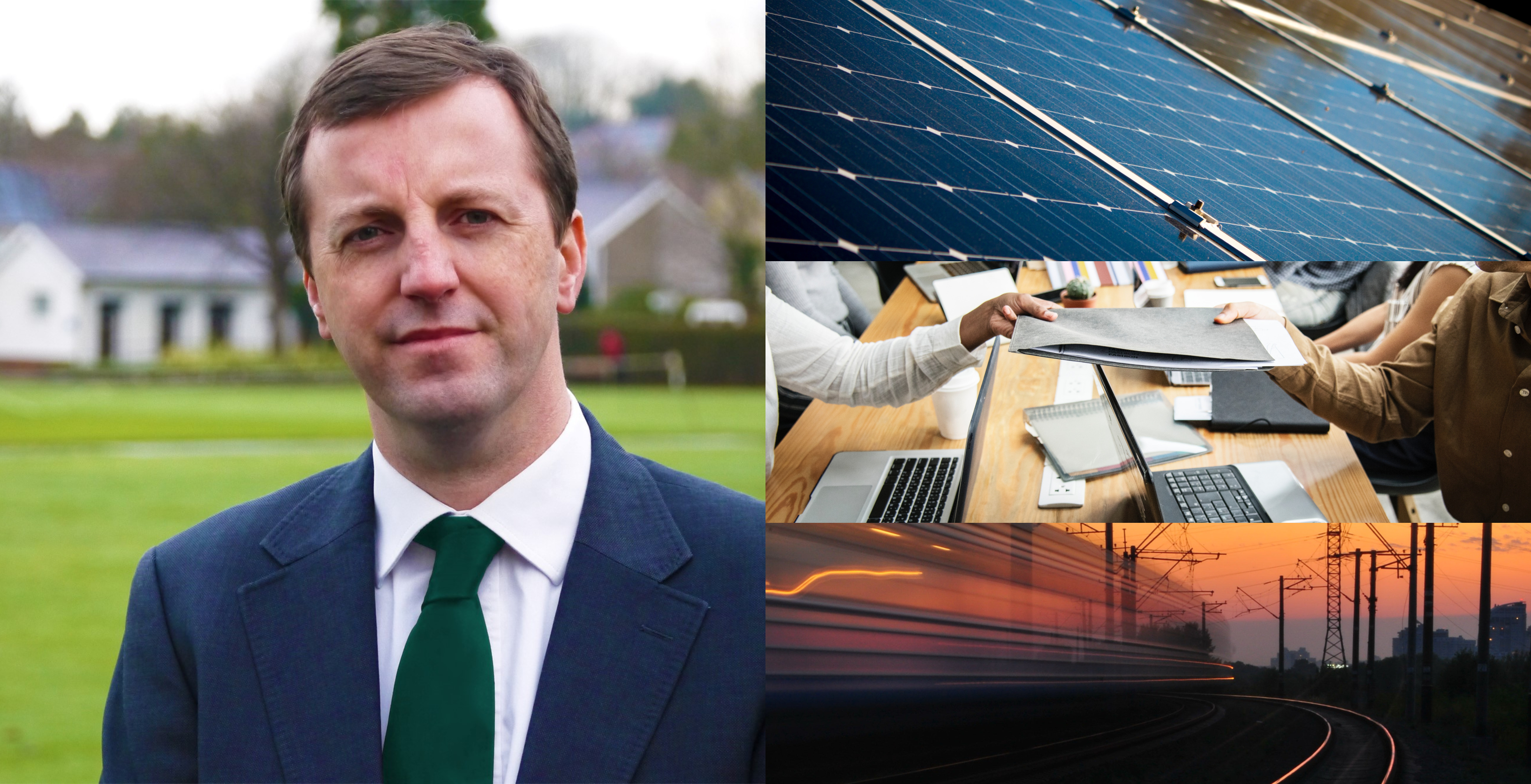 For decades, British Governments have tinkered around the edges of our broken economic system without challenging its structural flaws, Plaid Cymru tells Chancellor.

Plaid Cymru is calling on Chancellor Phillip Hammond to commit to a Rebalancing Green New Deal at Wednesday’s Spring Statement.

The party has joined forces with global campaigners to demand that the British Government undertakes a serious programme of sustainable economic investment. A Rebalancing Green New Deal would seek to ’kick-start’ economies outside the so-called Home Counties with a specific focus on creating sustainable jobs and infrastructure.

Under Plaid Cymru plans, the British Government would commit to ringfencing an additional 1% of annual GDP (£20bn) for infrastructure, R&D and skills investment in places which are in deficit.

If implemented, the Plaid Cymru proposals would see Wales receive a share of Rebalancing Green New Deal investment worth £1.5bn per year on a population basis.

Of the 12 NUTS1 nations and regions of the UK, only 3 (London, south east England and east England) are not in deficit.

Studies show that it is the nations and regions of the UK in persistent deficit that will lose out most as a result of Brexit.

“For decades, British Governments – red and blue alike - have tinkered around the edges of our broken economic system without challenging its structural flaws. Our economy doesn’t work because it is fundamentally not ‘our’ economy.

“London acts as a black hole sucking in talent and investment from the rest of the UK and beyond. Perversely, this inequality further incentivises investment in London from the public and private sectors alike – and so the cycle continues unabated.

“If anything good can possibly come of this Brexit mess, it will be the British Government recognising and remedying the erosion of ties between the rural and the urban; the low-paid and the high-paid; the precarious and the comfortable.

“We want high-paying, high-skilled jobs in our communities. We want our young people to take up apprenticeship and university opportunities in Wales, without having to then move two hundred miles from home to find work. Our Rebalancing Green New Deal proposal would see £1.5bn annually invested in Wales to build railway lines, clean energy plants and the rest of the real infrastructure needed to meaningfully rebalance the economy away from London.”