Wales must take back control from this Tory narcissist 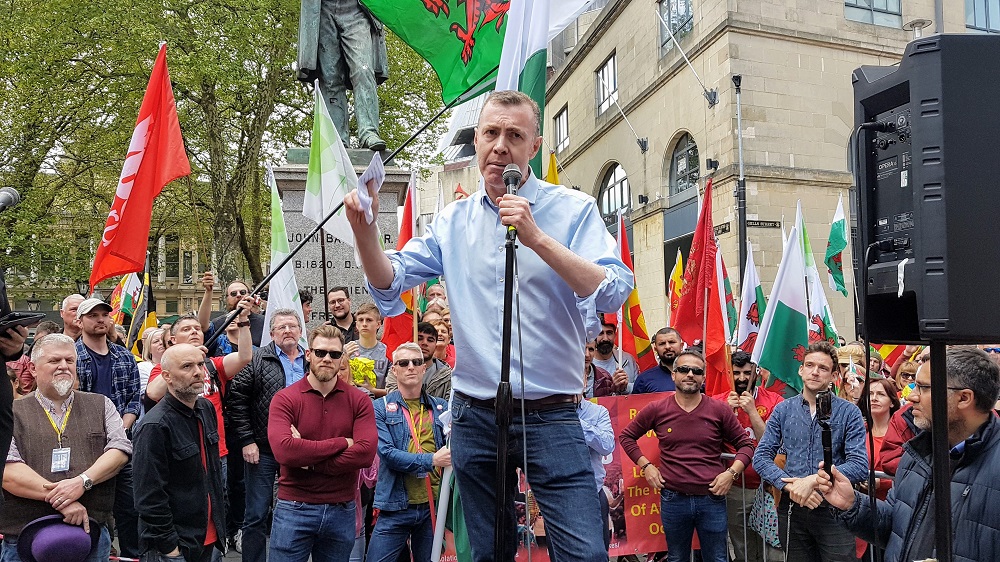 The scariest four words in British politics: Boris Johnson, prime minister. During the most serious political crisis in decades, a clown now has the keys to No 10. And he has brought the Vote Leave circus along with him to Downing Street.

Many column inches have already been taken up questioning the appointment of the most right-wing cabinet that I can recall. Its significance, however, cannot be understated. It is a campaign cabinet ready to wage war on those of us who believe in a European future and ready to fight the inevitable forthcoming election.

But this Brexit-obsessed Johnson government faces a binary choice: Brexit or the British state. If he is to deliver on his promise of a backstop-less Brexit come October 31, we will be leaving the EU without a deal. And, as has been consistently shown by polling, no deal means no United Kingdom.

In some ways, it would be logical for Plaid Cymru members to be rubbing their hands with glee — perhaps even help to precipitate a no-deal exit. We would never, however, put the livelihoods, jobs and futures of the people of Wales ahead of our constitutional ambitions. To us they are inseparable. That is why we will strain every sinew to fight a no-deal Brexit.

In truth, by electing Johnson, the Conservative Party has already given the Welsh independence movement a gift.

On Saturday the second All Under One Banner march for Welsh independence took place. The first march in May saw thousands take to the streets of the Welsh capital to call for an independent future for their nation.

As I write this, the numbers for yesterday’s march in Caernarfon, in the north of Wales, are still not known. What I am sure of, however, is that the election of Johnson helped to swell the numbers.

People are waking up to the fact that there is a better way. That there is nothing inevitable about our poverty. That independence is not a pipe dream, but a normal, achievable, tangible reality. That we are ready to stand on our own two feet.

Johnson’s election makes the question of Welsh independence not one of if, but when.

Brexit is no longer simply a battle for our European future — it probably never was. It is a fight for the very soul of politics across the four countries of the UK.

But Wales will still face the disastrous consequences.

From “Brexit means Brexit” to “Dude”, a vacuous level of debate has left us with 95 days to go before we leave the European Union and with no semblance of a workable plan. However, this matters not to those now in control. Because Brexit has an undoubtedly created an opportunity for the slash-and-burn politics of the right to thrive. A chance to break down the very foundations of society and recreate them in the image of a resurgent right.

Often attributed to Johnson’s idol Winston Churchill, the aphorism “never let a good crisis go to waste” has never seemed more appropriate. It seems even more cynical considering that it is the people now exploiting this crisis who created it.

Behind Johnson’s veneer of optimism and buffoonery is a deeply sinister desire. Driven by blinkered ambition, the expendability of almost anything — including the truth — in pursuit of personal glory seems to be his mantra. We can be confident that a peripheral nation such as Wales would be dispensable, if it entered his mind at all.

Yet we have the opportunity to choose a better way. We can shape our own future. We can be free to build a new nation.

The accusation levelled at those of us who have been arguing for a free Wales for decades has been that we can’t afford it. We simply now can’t afford not to be independent.

It seems to me that the equal and opposite reaction of Johnson’s false optimism is the hope offered by taking control of our own future.

That is why our hope lies with the thousands that marched for Welsh self-determination yesterday.

Not just inspired by the need to insulate our nation from the new prime minister’s Brexit-fuelled revolution, but for a fundamentally better future — one in which the foundations of our nations are based on equality, inclusivity and opportunity.

Politics can be seen as a battlefield between those with old ideas, new ideas and no ideas.

Welsh independence is the biggest, most transformational, most radical idea of them all.

While Johnson and his team look backwards to empires of old and splendid isolationism, we will look forward to a different path — a path many marched down yesterday.