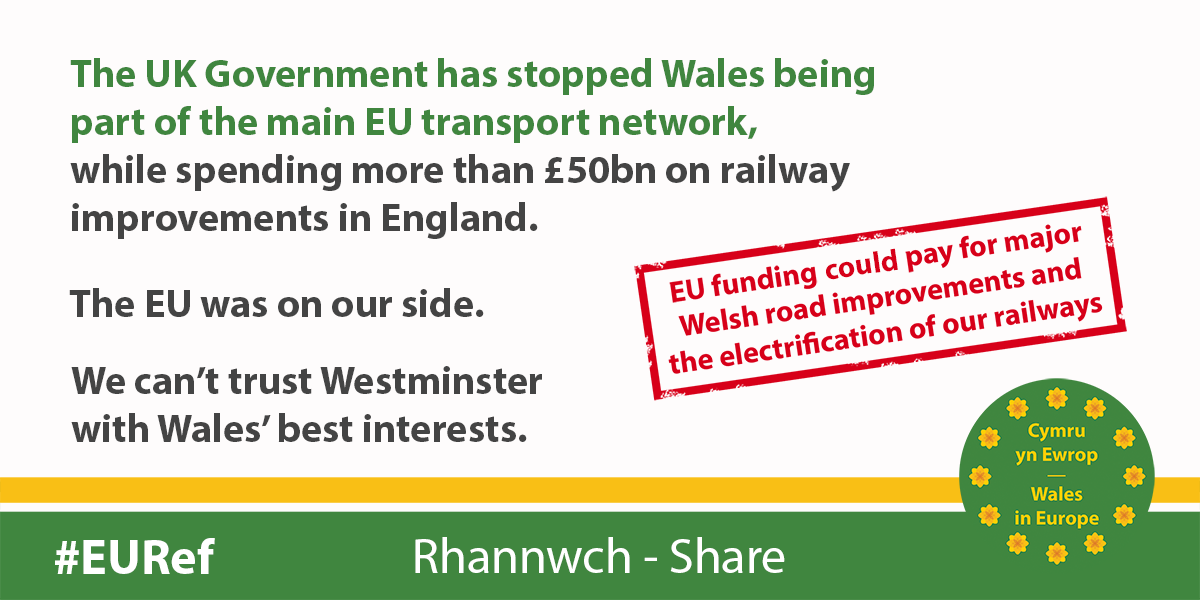 Plaid Cymru AM for Ynys Mon, Rhun ap Iorwerth, has called for European Union funding to be used to strengthen and improve the Welsh transport network, despite UK Government attempts to wipe Wales off the European map.

Plaid Cymru said that European Union funding should be used to improve the A55 in north Wales and rail electrification improvements on the North Wales Main Line and across south Wales, but said that the UK Government had blocked this.

Wales had been included as part of the core route of the EU’s transport programme but had been downgraded after interference from the UK Government.

“European funding for infrastructure should be used to improve the A55 in north Wales and the rail electrification costs for both the North Wales Main Line and all the way from Milford Haven to London.

“The Trans-Europe Network – Transport (TEN-T) is a European Union infrastructure project designed to improve international transport links, with nine core routes across the continent as part of the Connecting Europe Facility programme.

“However, although early drafts included north Wales as part of the Core Corridor from Dublin to Brussels, the UK Government argued that the corridor should go via Liverpool, rather than the north of Wales.

“The European Union had been willing to support major infrastructure improvements in Wales but the UK Government in London, which is spending more than £50bn on railway improvements in England, argued against this.

“Once again this shows that we can’t trust Westminster with Wales’ best interests, whilst the EU was on our side.

“Wales should vote to Remain in the European Union and make the case for improved transport in all parts of our country.”