Today's election is a choice between two futures 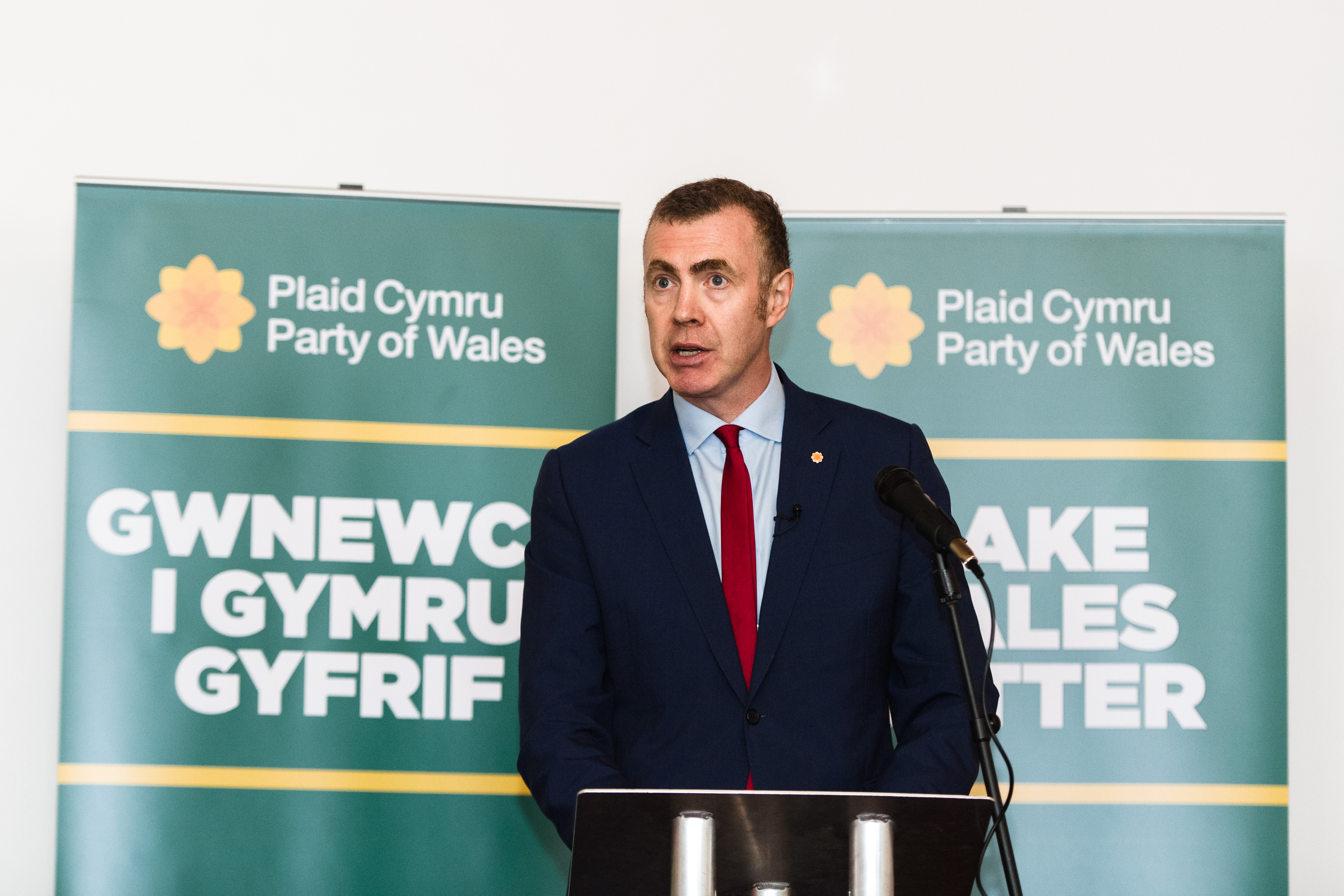 When we go to the polls today, each of us has an important choice to make.

The options on the ballot paper are more than just the names of parties and candidates. They represent competing visions for the future of Wales.

And as each of us takes the pencil in hand, we will be asked which vision we wish to back.

On the one hand, there is the narrow, insular British nationalism of a party as inept as it is arrogant. A party which thinks so highly of itself that it refuses to publish a manifesto until after the election. Talk about taking you for granted.

Or on the other hand, there is the bright, prosperous European future for Wales offered by Plaid Cymru. From the very start of this Brexit nightmare, we have been consistent that we would never sign off on anything that would do damage to Wales.

That’s why our manifesto confirms our unequivocal support for a People’s Vote. Because while the Westminster parties continue to wrap themselves around each other in a Brexit tangle, we believe that the right and democratic thing to do is to put the question back to you.

In fact, Plaid Cymru is the only party whose name you will see on the ballot paper today that unconditionally supports the People’s Vote that can actually win a seat.

Monday’s Wales Barometer Poll placed Plaid Cymru in second place, nine points ahead of the nearest other pro-Remain party. That confirmed that the Liberal Democrats and Greens simply cannot win in Wales.

Our appeal to their voters is now urgent. The only way to beat Brexit – the only way to wipe the smirk off Farage’s face – is to back Plaid Cymru.

The only viable option to secure a majority for Remain is to lend your vote to us. That’s why the likes of tactical.vote recommend voting Plaid Cymru, and why the Chair of Wales for Europe, Geraint Talfan Davies, has said that “a vote for Plaid Cymru is the one that will have the most effect”.

We say this too to those Labour supporters who have been left feeling disillusioned and disenfranchised by their party leadership.

During this campaign, we have spoken to countless former Labour voters, fed up with Jeremy Corbyn’s prevarication and attempts to facilitate a Tory Brexit without a People’s Vote.

To them, we say this: lend us your vote. If you do, we can beat Brexit.

Just this Monday, a long-standing Labour member left his party and joined Plaid Cymru. Hywel Ceri Jones had been a Labour member for decades, and had served as a key advisor on European affairs to successive Welsh governments.

He was also a high-ranking official in the European Commission, whose many achievements include the establishment of the Erasmus programme, which benefits our young people, our education providers, and our communities so richly.

In Plaid Cymru, he saw a vision for Wales thriving at the heart of Europe. A Wales which has as much to offer Europe as it has to receive from it.

The truth, of course, is that the European Union has done its bit for Wales, with millions of pounds of investment in our communities.

For decades, it is Westminster that has neglected us, ignored us, and side-lined us.

The election today represents an opportunity to say ‘enough is enough’. For generations, the Westminster parties have taken our communities for granted, and what have we had in return?

We cannot continue to look to the Westminster parties to lead us out of this crisis of their own creation. We can only look to ourselves.

That’s why Femi Oluwole, the co-founder of the young people’s pro-People’s Vote campaign, Our Future Our Choice, has backed our candidate Carmen Smith, saying: “the mission Carmen and her party have in this election is to make Wales matter.”

The alternative offered by Farage and his ilk scarcely bears thinking about. They would have us cut off from our friends in the EU no matter the cost to our communities, no matter how many jobs it would risk, because that is their political project.

For them, it’s not about taking back control. It’s not even about you. It is all about concentrating power in the hands of a few wealthy Brexiteers, and taking power away from Wales and our people.

As you head to the polls today, my appeal to you is this: whichever party you’ve supported before, back us this time.

Because if, like us, you love Wales, want to maintain our membership of the EU, and refuse to let our nation be damaged by Farage and his band of merry men, know that the only viable option on the ballot paper is Plaid Cymru.