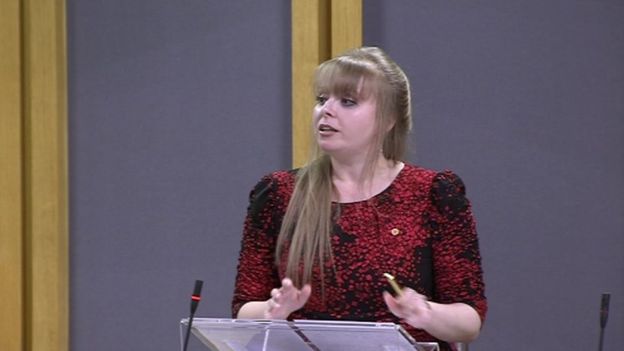 Plaid Cymru’s Shadow International Relations Minister Delyth Jewell AM has called on the Welsh Government to guarantee that no Welsh public funding finds its way into the arms trade.

The South Wales East AM asked the question in relation to the ongoing conflict in north east Syria, where Turkish forces are engaged in an offensive against the Kurds.

Although the UK has now suspended arms sales to Turkey, there are concerns that some arms already sold may have components originating from Welsh companies that have received Welsh Government investment.

Speaking in the Senedd, Delyth Jewell AM said:

“Some companies involved in the arms trade, including sales of arms to Turkey, have bases of operation in Wales, and some have received Welsh Government funding.

“Now, some of these companies are very large manufacturers, and those arms activities are a small part of their work.

“However, I am concerned at the possibility that Welsh Government funds could, in theory, have been used to facilitate the selling of arms to Turkey, which again could now be being used against the Kurdish communities.

“Could you give me an assurance, Minister, that, when your Government gives funds to companies that have these arms-manufacturing components to their work in future, will you assure me that you will do everything you can to ensure that these funds will not be used to facilitate the arms trade in any way?

“I simply want to make sure that there's no blood in the supply chains, as I'm sure you would agree with.”

In her response, the International Relations Minister Eluned Morgan AM said that arms sales was a matter reserved to the UK Government and that it was a “very difficult path” because of the jobs involved.

She later clarified in response to a question from Leanne Wood AM that the Welsh Government was conducting a review of its entire export strategy to consider issues relating to the arms trade.

Speaking after the exchanges, Delyth Jewell AM said:

“I’m glad that the Welsh Government is now holding a review into whether its investments decisions are propping up the arms trade, possibly undeliberately.

“Welsh taxpayers’ money should never be spent in ways that could lead to the deaths of innocent civilians.

“If the Welsh Government is serious about becoming a globally responsible nation then they should confirm as soon as possible that they will consider the possible impact of future investments on conflicts in foreign countries and block any actions that could lead to their perpetuation.

“Plaid Cymru stands with the Kurdish community in Wales and utterly condemns Turkey’s outrageous violation of international law in their unjustifiable attacks on the Kurdish people in Syria.”