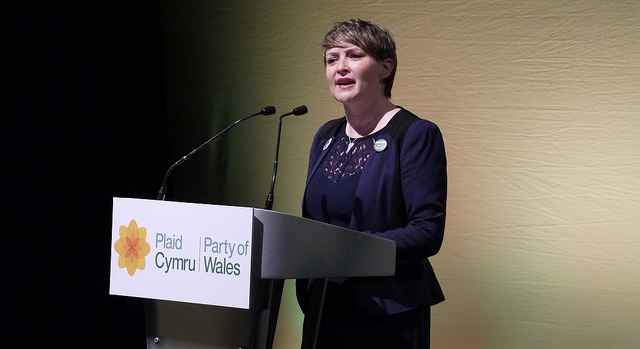 Bethan Jenkins, Plaid Cymru AM for South Wales West and leading campaigner to save the Welsh steel industry has said that Tata Steel bosses who pocketed millions in bonus money - at a time when they were asking thousands of steel workers to accept big pension cuts - to pay back the money.

It has emerged today that Tata Steel paid 100 of its top European managers as much as 25 million pounds in so called 'loyalty bonuses'.

Ms Jenkins, who is also Plaid Cymru's spokesperson on steel, said that the pay-outs at a time the company was pleading poverty, was an insult to the thousands of workers at Tata Steel in Wales and across the UK.
Bethan Jenkins said:

"Over the last few years, loyal and dedicated Tata Steel workers at Port Talbot and across Wales and the UK have put up with the uncertainty and insecurity which has resulted from Tata's claims that it could not afford to continue with its current pension scheme. The workforce accepted to severely cut their own pensions and the pensions of future workers, in order to save their industry which Tata made crystal clear was under threat of closure. This news will rightly outrage the thousands of workers who took difficult decisions to save their jobs and give Tata the benefit of the doubt at the time."

"Tata's position that they had to pay these loyalty bonuses to keep top managers working for the company is hard to take seriously. The fact that this information only came to light after a leak from a Dutch whistle-blower adds insult to injury as it makes clear that Tata were trying their best to keep these pay-outs a secret."

"I believe Tata bosses should return this money, it's the right thing to do. There are thousands of workers across Tata Steel who have had to come to terms with losing money which was owed them and they agreed to it to save their jobs and future jobs.

"This show of faith in the company and in the future of steel needs to be reciprocated now. The workforce in Port Talbot is still waiting for investment from Tata which was promised to them as part of the changes, including pension losses, the workforce agreed to last year to save the industry. Where is that investment? The company has the money to give away 25 million in bonuses but promised investment has still not materialised.

"I would also urge the Welsh Government to have discussions with Tata as soon as possible and make it clear on behalf of the thousands of workers, which they have also committed to support, that these pay-outs are unacceptable."