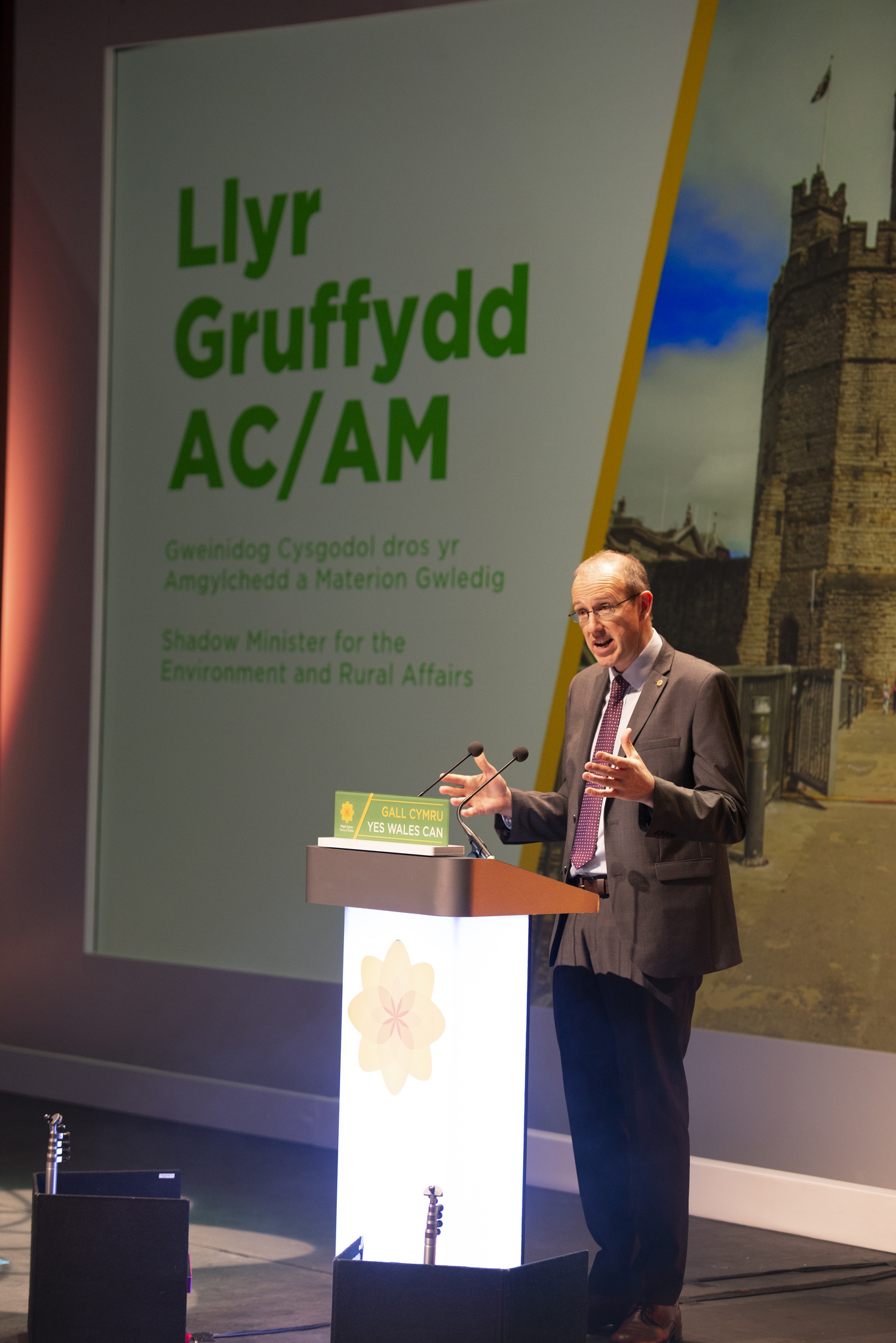 Politicians have to start listening to the next generation and start taking the climate change crisis seriously.

This was the message from the Assembly Member and the Shadow Minister for the environment Llyr Gruffydd at Plaid Cymru's spring conference in Bangor today.

He paid tribute to the members of the Welsh Youth Parliament who have been at the forefront of recent protests including the WYP member for Delyn, Thomas Comber.

Mr Gruffydd warned in his speech that the consequences of global inaction could lead to long-term and irreversible changes including loss of ecosystems, hazardous heat levels, drought, flooding and extreme poverty for millions of people around the world - including Wales.

“I have been very inspired by the recent wave of children and young people who have risen from their school desks and are going to protest about the lack of action by governments around the world on climate change.

“The new generation, led by inspirational people such as Greta Thunberg from Sweden, or closer to the home of Cai Phillips and Rhian Shilabeer who are members of the Wales Youth Parliament and elected because of their commitment to the environment, are \ t show us the way. Let's listen to them. As Thomas Coomber, Delyn's representative in our Youth Parliament said: “… we are the next generation, so it is very important that our voices, opinions and questions are heard.

“Brexit pales in comparison compared to the crisis that is climate change. This must be reflected in everything we do. And although the next generation has raised its voice - the truth is - by the time the next generation have power in public office it will be too late. It therefore falls on our shoulders to act.

“Time is running out and we have to listen to the young people who speak out and start to take this seriously - before it gets too late.