YOU can stop UKIP - here's how 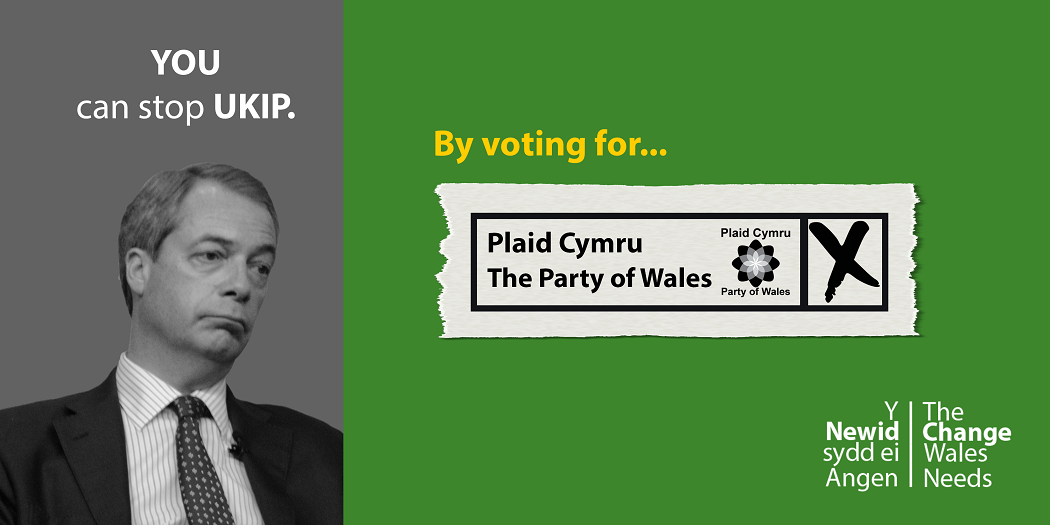 Labour have NEVER won list seats in South Wales because they have done well in constituencies in the past. This means that a list vote for Labour is simply wasted. It is currently looking very likely that UKIP could win list seats in this area – but if every Labour supporter voted for Plaid on the list we could keep them out of the Assembly. And this will not affect the number of Labour AMs elected. It is simply a matter of either electing Plaid or UKIP candidates.

Don't believe us? Here's what the experts say.

Welsh politics expert Prof Richard Wyn Jones recently told Welsh current affairs magazine Barn: “One of those inconvenient facts within the political world is that voting for Labour list candidates in three of the five political regions in Wales is tantamount to wasting your vote. Because of their strength in the constituencies it’s impossible to imagine circumstances where Labour could get a list representative in either South Wales West, South Wales Central or South Wales East. By voting for Labour here, the reality is that you’re leaving the door wide open for UKIP."

One of Wales’ foremost journalists, Martin Shipton, recently wrote this in response to the results of a recent opinion poll: “In terms of regional list seats allocations, those in South Wales Central and South Wales West are said to be “incredibly tight” between Plaid Cymru and UKIP, with only a couple of hundred votes seperating the two parties”.

More recent analysis also shows that this is likely to be true for South Wales East and North Wales. 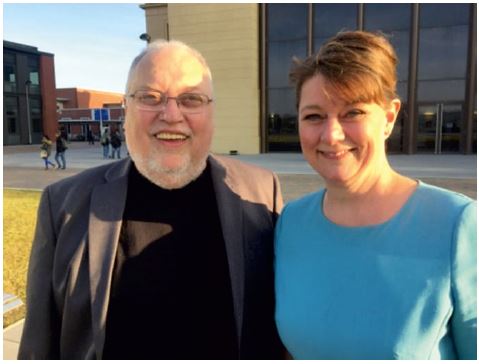 Mike (pictured here with Plaid Cymru Leader Leanne Wood) is a Labour supporter and is a former adviser to Labour Ministers, but he’s giving his list vote to Plaid to stop UKIP from getting an Assembly seat.

“I will use my second vote to support Plaid Cymru – The Party of Wales and I hope other Labour supporters will do the same. I know from my time as a Labour adviser in the ‘One Wales’ government that Plaid shares the values I hold dear. We face an apparently resurgent right wing threat from UKIP and the Tories. We need to use our votes wisely. By choosing to support Plaid Cymru on the second ballot paper – the regional one – we can make a stand against the racism and xenophobia of UKIP and the threat they, and the Conservatives pose to our NHS and the welfare state. ”

Simply give your second vote to Plaid Cymru on May 5th (or earlier if you have a postal vote). )You can sign the pledge below and we’ll send you a reminder the day before. Please share this page on Facebook so we can maximise our chances of keeping UKIP out of the Welsh Assembly.