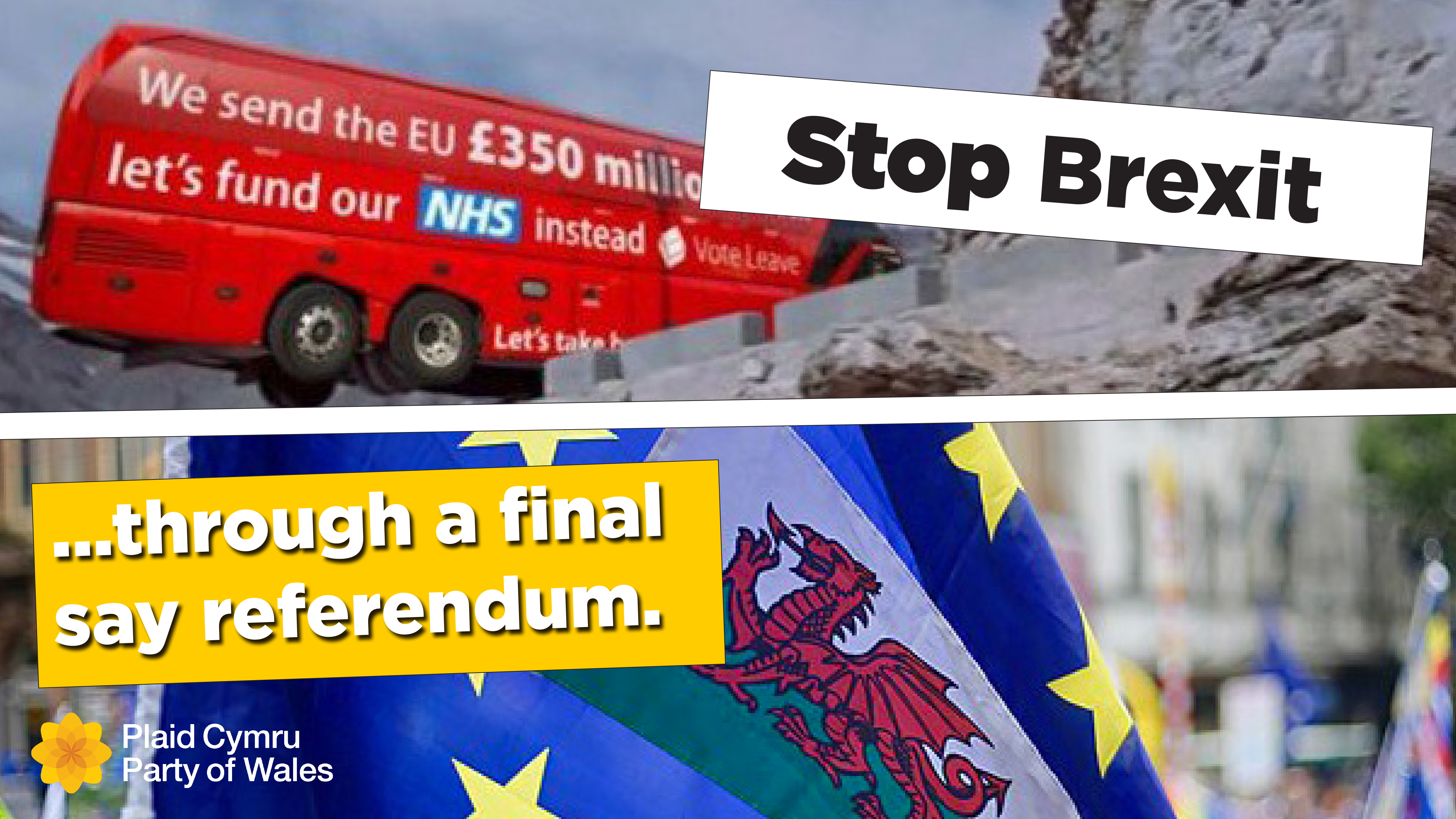 The Leader of Plaid Cymru Adam Price has confirmed his party will stand on policy of stopping Brexit in the upcoming General Election by supporting a Final Say referendum with ‘Remain’ on the ballot.

Adam Price said that Plaid Cymru, as Wales’ leading party of Remain, is "united" in its aim to ensure Wales remains a member of the European Union and that the best way to do that is to campaign to give the decision back to the people in a referendum.

The Plaid Cymru Leader said he did not believe any form of Brexit would be good for Wales as it would ‘devastate’ the livelihoods of ‘thousands of people’ in Wales and see a dramatic 5.5% fall in Wales’ economic growth as a consequence of being taken out of the Single Market and Customs Union.

He added that the Prime Minister’s Brexit deal, which would create a hard border in the Irish Sea, would be a ‘disaster’ for Welsh port towns such as Holyhead and Fishguard.

Mr Price added that only Plaid Cymru had been consistent and committed to ending the chaos by giving people the final say.

Yesterday, the National Institute of Economic and Social Research said the Prime Minister’s Brexit deal would cost the UK economy as much as £70bn over the next decade compared to remaining in the EU.

“As Wales’ leading party of remain, Plaid Cymru stand united in our fight to keep Wales’ future in the European Union. The best way to do this is through a Final Say Referendum.

“We’ve got to be honest with people. No form of Brexit will be good for Wales. 200,000 Welsh jobs are based on trade within the Single Market and Customs Union. Wales is a net beneficiary of EU funding by around £245million – that’s £79 per head. This hard Tory Brexit will devastate the livelihoods of thousands of people in Wales – we can’t just let that happen.

“Boris’ botched Brexit deal will create a hard border in the Irish Sea, putting Welsh port towns like Holyhead, Pembroke Dock and Fishguard at a serious disadvantage over ports in England and Scotland. It will take us out of the Single Market and Customs Union, resulting in a 5.5% fall in economic growth for Wales.

“Now we know what Brexit really means, it is only right we give people the choice of accepting Mr Johnson’s deal or remaining in the EU – which is the best deal we’ve got.

“Westminster is broken and its establishment doesn’t care about Wales. But Plaid Cymru will not allow them to leave Wales behind. As Labour squabble amongst themselves, Plaid Cymru have remained consistent that the only way to end Westminster’s Brexit chaos is by giving the decision back to the people with a Final Say Referendum.

“We’re ready to take this fight to Westminster and campaign for Wales’s future as a confident, successful and outward-looking European nation.