Stay in Europe for influence to oppose bad trade deals 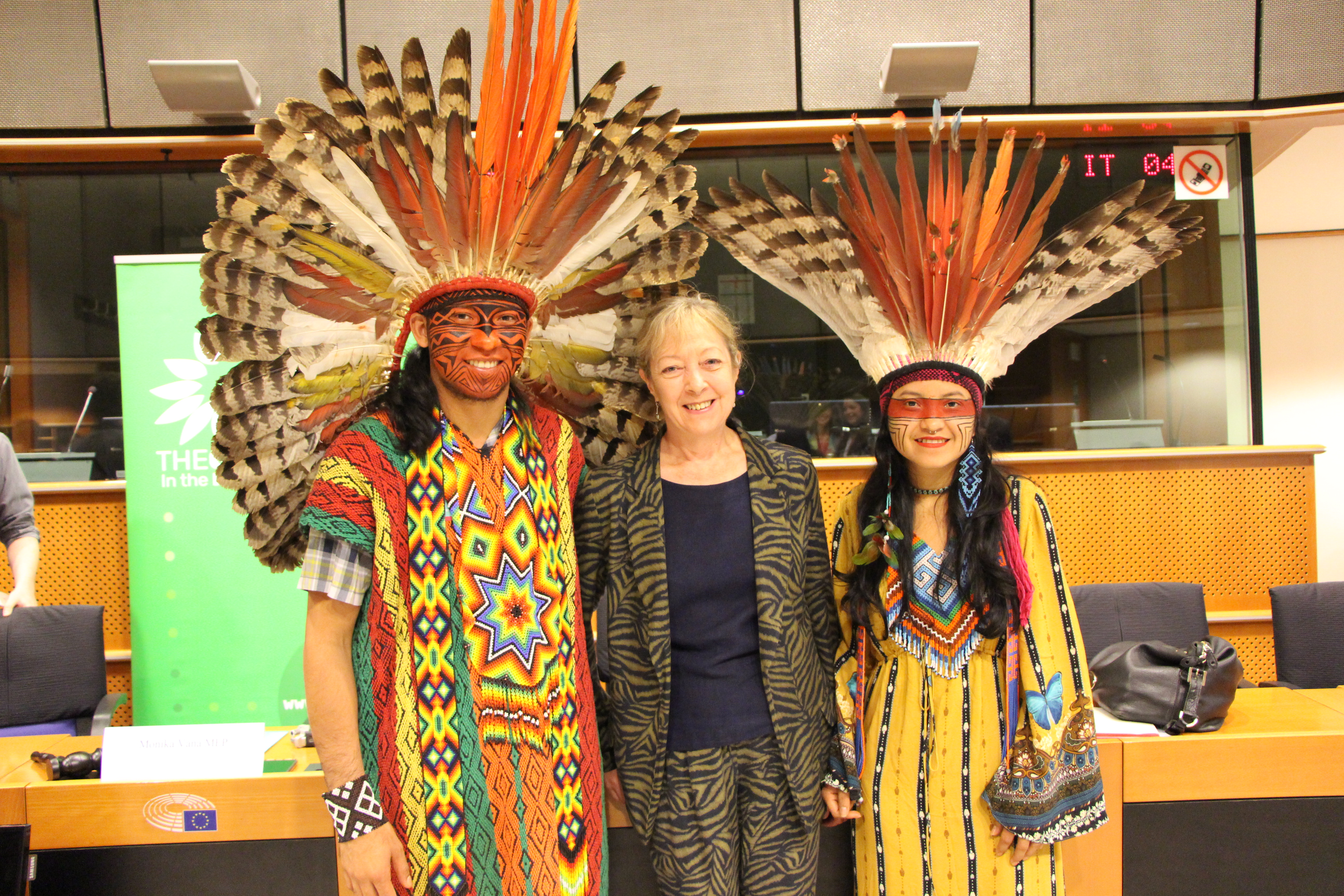 Plaid Cymru MEP Jill Evans has confirmed today that she will continue to campaign against the EU-Mercosur trade agreement following a meeting in Brussels with representatives of indigenous people affected by the Amazon fires.

Jill Evans said that only by Wales staying in the EU could we hope to influence major trade deals and have a strong voice on the world stage.

The controversial EU-Mercosur trade agreement would need the approval of the European Parliament in order to take effect.

The deal was agreed in June between the EU and the Mercosur countries, namely Brazil, Argentina, Paraguay and Uruguay.

Huge fires have been raging in the Amazon region of Brazil, destroying forests which are home to indigenous peoples and undermining the planet's ability to tackle climate change. The Amazon is sometimes described as the 'lungs of the planet' because of its significant role in absorbing carbon dioxide and producing oxygen.

"For as long as we have a voice in Europe, we have influence to stop bad trade deals like the EU-Mercosur trade agreement.

"It will be hugely damaging for the Amazon's indigenous people, and will only lead to greater deforestation at a time when we should redoubling our efforts to tackle climate change.

"We heard first hand from representatives of the Amazon's indigenous communities. They told us of the devastating consequences for them of deforestation which sees them lose more and more of their land. Five of the seven hectares of the rainforest the community has purchased have been destroyed. As they said the forest is life, and hope for their children.

"Only if we stay in Europe, can we oppose bad trade deals like this. When the European Parliament is asked to approve this deal, I will vote against it. By staying in Europe we can do so much more to tackle the climate crisis and stop deforestation. If we leave, then we lose that voice and that influence. It's as simple as that."

Jill Evans met Mapu Huni Kuin and Bismani Huni Kuin at the European Parliament in a meeting organised by Austrian MEP Monika Vana. They are members of the indigenous people Huni Kuin, who are directly affected by the devastating wildfires in the Amazon. Their village in the Brazilian state of Acre burnt down two weeks ago.

Plaid Cymru Shadow International Relations Minister Delyth Jewell AM said earlier this month that staying in the EU was the best way to ensure a veto over the damaging trade deal.