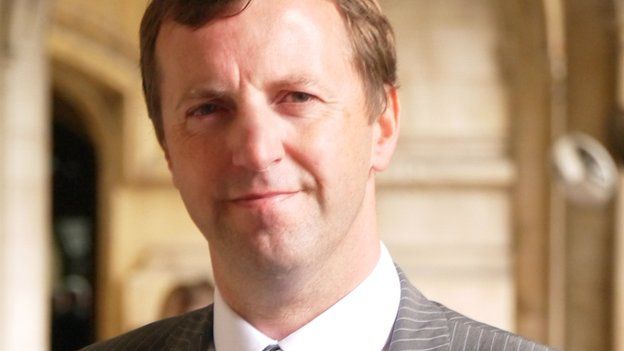 Jonathan Edwards MP for Carmarthen East and Dinefwr writes for the Times on how spending billions on restoring the Houses of Parliament would be an act of "political debauchery."

With the House of Commons estate posing a real hazard to its occupants and reportedly sinking into the Thames, a select committee of MPs and peers is considering options for the work needed to renovate and restore the Houses of Parliament.

With exorbitant cost assessments floating between £4bn and £7bn, MPs, as elected representatives, must be given the right to vote on the relocation of parliament as an alternative to a simple stitch-up of deciding in favour or against the preferred renovation option of the aforementioned committee. To put it in context, we are currently talking about the equivalent annual expenditure on health services in Wales.

In a time of rising socioeconomic inequality, and with public faith in democracy shaken, it’s perhaps typical that the Westminster establishment has mobilised ultra-efficiently to protect its own interests. Renovation and restoration is the only option on the table despite the eye-watering costs. Relocation hasn’t even been considered.

There is little doubt that the joint committee will propose the least expensive option on its reserved list – which would mean MPs relocating to a temporary chamber behind the Department for Health.

A sure giveaway was the leaked report that officials have made inquiries about nationalising the Red Lion pub so that we can have a watering hole while the Palace of Westminster is closed – perhaps the only time we will ever see Tories making the case for public acquisition of a private enterprise. As I said earlier, no one does self-interest like Westminster politicians.

When £60m was allocated for the building of the magnificent Senedd building in Cardiff Bay to house the National Assembly for Wales, there were howls of protest from the Tories in particular. Yet the very same people seem completely relaxed about spending a hundred times more.

Context is crucial. By contextualising what is truly being considered – the renovation of a dilapidated building, centred in a city that is infamous for being part of the problem rather than the solution to the UK’s dangerous north-south divide, the future of parliament must be assessed transparently and with an open mind.

The EU referendum should have been a rude awakening to the British political class that there is a deep disconnect between a large number of the population and the Westminster bubble. In many ways it was an anti-establishment vote – a rage against the Westminster machine following a long catalogue of rotten political scandals.

If the British political class think that spending this sort of sum on our own place of work is going to rebuild trust in the political process then I challenge them to go to talk to communities that have been completely let down by successive Westminster governments.

When nine of the ten poorest regions of northern Europe are in the UK (West Wales, Cornwall, Durham and Tees Valley, Lincolnshire, South Yorkshire, Shropshire and Staffordshire, Northern Ireland, East Yorkshire and North Lincolnshire) – with also the richest by far (Inner London) – it’s not difficult to make a case for relocating legislators outside London for a protracted period of time. Broadening horizons is always a good thing for any politician.

Working in Westminster is undoubtedly a huge privilege that I have enjoyed immensely. There is a number of reasons, however, why MPs should be allowed to support a relocation option for parliament.

– Capital costs of relocation as well as the extortionate revenue costs for sustaining parliament in London, thereby reducing the cost of politics

– Decentralising the British state by moving political power from London

– Modernise parliament with a more modern chamber (a seat each, even) as well as electronic voting with better and more appropriate facilities for MPs and their staff.

The estate was constructed in 1840 at the height of Empire when MPs presided over a quarter of the globe. Brexit Britannia couldn’t be more different, with the British state in its death throes, Scottish independence inevitable and Irish reunification never closer. Even in Wales there are signs that the dragon at long last is about to awake from its slumber.

If the Westminster establishment ploughs ahead with this act of political debauchery it may well be its last major act of self-indulgence.