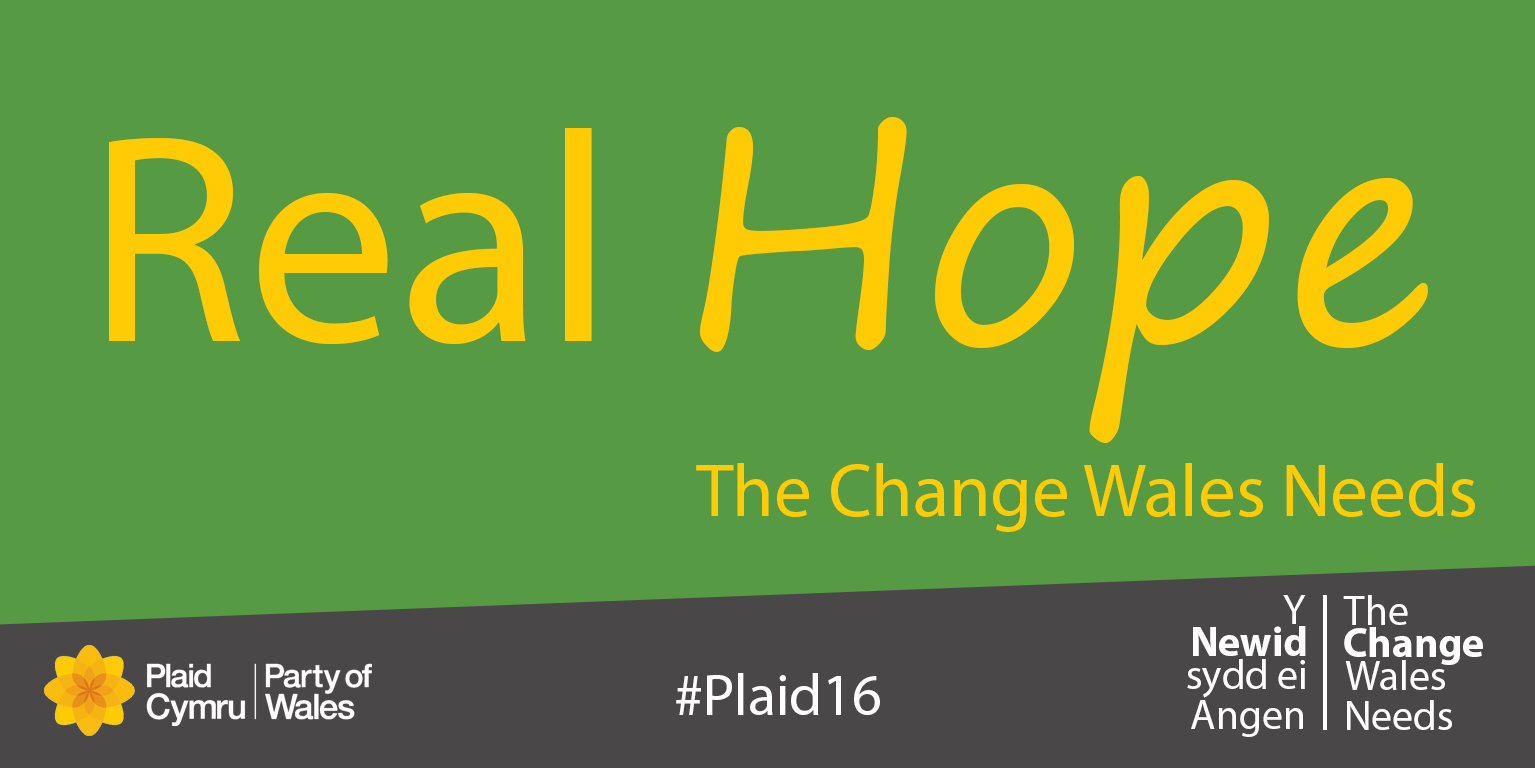 Plaid Cymru Leader Leanne Wood has today said that her party offers the "only real hope" of bringing about and end to 17 years of unbroken Labour rule in Wales.

Speaking to Radio 4's Today programme this morning, Leanne Wood said that Plaid Cymru goes into the Welsh Assembly elections with the most ambitious, transformative and workable programme for government of any party in Wales, and is ready to lead the change Wales needs.

The last three opinion polls in Wales have put Plaid Cymru in second place, overtaking the Tories, in terms of the number of projected seats, setting up the party as the main challenger to the current Labour government before people in Wales go to the polls on May 5th.

"With just ten days remaining until people in Wales go to the polls, Plaid Cymru's message is one of hope.

"If you're fed up of growing waiting times, falling standards in our schools and a stagnant economy, use all your votes to elect a Plaid Cymru government on May 5th.

"The current administration's complacency and poverty of ambition is holding our country back, but it doesn't have to be this way.

"The Party of Wales represents the only real hope of ending 17 years of unbroken Labour rule. With the Tories slipping back to third place, we are the main challenger and have closed the gap with them on the regional list vote by four points in just two weeks.

"The momentum is firmly with Plaid Cymru. We are confident that we have the most ambitious, transformative and workable programme for government of any party in Wales, alongside the strong and united team required to deliver it.

"If people want change, they have to vote for it. This election is the greatest opportunity in the Assembly's history to chart a new course for our nation. I urge everyone in Wales to seize it."