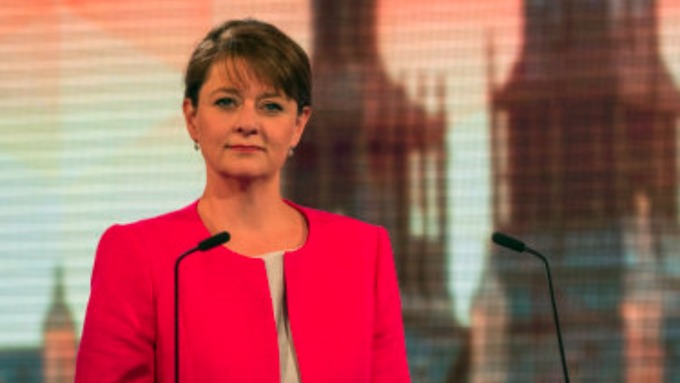 Plaid Cymru Leader Leanne Wood AM has today vowed that a Welsh government under her leadership would show 'unprecedented ambition' for empowering the nation's democratic institutions and deliver a powerhouse parliament for Wales.

Marking St. David's Day and five years to the week since the 2011 referendum on law-making powers for Wales, Leanne Wood said that Wales' current devolution settlement was 'unjust, unclear and unsustainable'. She said that governments at both ends of the M4 had failed to secure a fair and lasting deal for Wales and that delays in implementing the latest Wales Bill were hampering the nation's progress.

She added that Plaid Cymru's proposals would see Wales offered the same powers as those being transferred from Westminster to Scotland and Northern Ireland in order to address the imbalanced nature of the UK's constitutional landscape.

"Five years since the 2011 referendum on law-making powers for Wales is a good time to take stock of what progress has been made in securing a stronger, more accountable National Assembly.

"Plaid Cymru believes that Wales is now saddled with an unjust, unclear and unsustainable devolution settlement. Labour and Tory governments at both ends of the M4 have failed to secure a fair and lasting deal on more powers for our nation - a factor which is hampering economic development and the maturing of our democracy.

"In our 'Bring Our Government Home' document, Plaid Cymru outlined plans to radically reframe Wales's devolution settlement in order to secure parity of resources and responsibilities with the other nations of the UK. We are the only party in Wales committed to challenging Westminster to offer our country the same powers being granted to Scotland and Northern Ireland.

"A Plaid Cymru Welsh government will deliver a powerhouse parliament for Wales. We will show unprecedented ambition for strengthening the nation's democratic institutions, and securing meaningful, useful powers.

"This is not a case of seeking powers for powers' sake but rather powers for a purpose - to develop the Welsh economy, to secure a more accountable National Assembly, and to improve people's daily lives in terms of better public services and a more effective justice system.

"For too long, we have been at the behest of successive Labour and Tory governments in Westminster who have shown little appetite or enthusiasm for delivering the sort of devolution that the people of Wales want to see. With a majority favouring our nation having a greater say over how it runs its own affairs, it's time for the UK government to respect the will of people in Wales.

"Belatedly chopping and changing the Draft Wales Bill isn't good enough. There is no valid reason why Wales shouldn't be offered the same devolution deal as Scotland and Northern Ireland. This must go hand in hand with a fair funding arrangement to replace the flawed Barnett Formula we have at present, to address the fact that Wales has been historically short-changed by Westminster.

"As the only party willing to work for Wales to get the powers it needs to stand on its own two feet, the Party of Wales offers the change Wales needs in May."