'Down to practicalities - what is there to be done?' - Adam Price article on Tata Steel 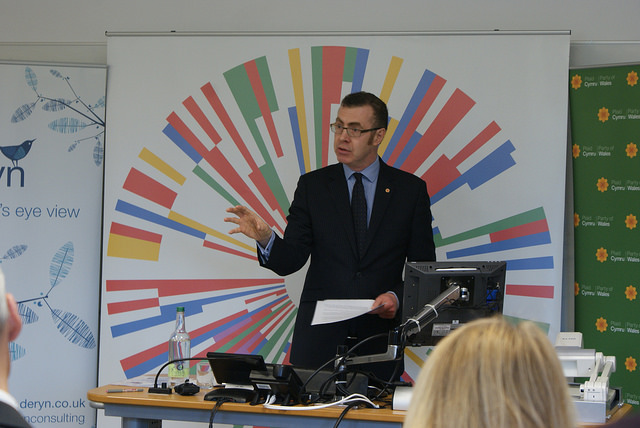 It is by no means an exaggeration to suggest that since Tata’s Tuesday announcement Wales is in a state of economic emergency. With the entire supply chain included, almost as many jobs are at risk as in the year-long Miners’ Strike. We are the most steel-intensive nation in Europe, with 20% of our manufacturing sector in metals. The loss of Welsh steel would be an equivalent blow to the UK losing its car industry, three time over. We literally cannot afford to let this happen.

When a Damoclean sword last dangled over Port Talbot, in the middle of the steel strike of 1980, the late Labour politician T.W. Jones, referencing the No Vote the year before, pleaded with the Government to “arrange another Referendum....Let us have a Welsh Assembly, where our own representatives can discuss our peculiar problems and propose to the Government our own solutions.” Port Talbot survived and we got our Assembly eventually. The Recall on Monday is our chance to prove it was worth it, and that Welsh solutions to Welsh problems is more than a politician’s phrase.

Down to practicalities: what is to be done? To some extent all of us that have not yet seen the turnaround plan are somewhat in the dark: if we can’t get hold of the original then we need to commission our own. But the rough outline is already in the public domain - about a £100m initial investment to reach breakeven at Port Talbot, plus some working capital to cover operating losses. These are probably considerably less than the oft-quoted worst-case £1m a day, as a combination of a steady rise in global steel prices since the November trough, a falling exchange rate and the previously announced redundancies begin to take effect. An extra £1 billion of additional investment (a combination maybe of new power station, new BOS plant, blast furnace investment, iron ore pelleting plant etc) would create a basis for a long-term sustainable future, according to the local management, workforce and the consultants’ - though the risk/return ratio was clearly not enough to convince the Tata Board.

Tata in stating their reasons for rejecting the plan have hardly made the search for a private buyer very easy. Describing the turnaround plan as “unaffordable, risky and….highly uncertain to deliver” is not exactly an appealing prospectus. This may change as some of the more cyclical factors cited by Tata in defending their decision abate. But in the short to medium-term it may well be that Government, which by its nature can take a view that is both longer-term and broader-based than a private sector operator, will have to take a leadership role.
Though both Governments clearly should be involved, Wales’ interest in sustaining a domestic steel industry is not just strategic, it’s positively existential. We would be wise to avoid another Mumbai where we were passive observers with no seat at the table. If we get it right the current crisis could be even be an opportunity. A Welsh Steel company would, almost uniquely for a nation of our size, boast an entire portfolio from steel production to high value added,high tech products downstream. We should avoid at all costs the more advanced and profitable plants being cherry-picked while Port Talbot is cast on a mile-long scrap heap.

How could this be funded? The Welsh Government claims that no money is available but several hundred millions are reportedly squirreled away as a ‘war chest’ of unallocated reserves for local government reorganisation. Instead of using it to pay for the redundancies of local government senior managers why not use it instead to avoid the redundancies of steel workers, buying an equity share for Welsh citizens in a new Welsh Steel Company. If for any reason that isn’t available as a source of funds, then the Welsh Government’s increasingly opaque Economy Department budget and an under-utilised capital programme would seem to offer similar scope. The UK Government could match any investment with a long-term loan repaid only when the company becomes profitable - not unreasonable as for every £1 of wealth created at Tata the Exchequer gets some 36p anyway in tax, national insurance contributions, VAT etc. As both injections of Government cash would be classed as investment aid to boost competitiveness , rather than operating aid to bail out a lame duck with no prospect of viability, they would be within the State Aid rules.

A final source of cash would be Tata themselves who far from being paid for any acquisition would be expected to offer a dowry in respect of its pension fund deficit and environmental remediation liabilities. This could be converted, with the support of the workforce and the Welsh Government, into an employee-owned stake in the business.

On the demand side the UK Government could also commit to new rules on the procurement of UK steel, the go-ahead for the tidal lagoon project as a major new market and the scrapping of the lesser duty rule as requested by the European Commission which would mean the imposition of punitive tariffs on Chinese imports.

Taken together these would allow a credible path to a three to five year turnaround plan, with the potential at least to save the industry, earning the taxpayer a decent return, and creating a new vertically-integrated billion-plus turnover Welsh company, which, like the great Mondragon in the Basque Country, would be substantially the author of its own destiny. Ultimately if we want steel still made-in-Wales then we may need to learn - and learn fast - to create our own solutions and forge our own future, as the late T.W, Jones hoped one day we would.

This article first appeared in the Western Mail on March 31, 2016.