The next Welsh Government, a Plaid Cymru government, will transform Wales for the better, forever.

Our party from the beginning has been inspired by the idea not so much of what Wales is, but what it could become. To build the nation we aspire to be we will need to acquire more and better tools for the task in hand, as well as greater skill and imagination in using the tools we have to the greatest possible effect. Some of these tools will be in the hands of government, though many will be in the hands of citizens, business and civil society.

We invite everyone in Wales to become part of this great nation-building project, each in their own way, with their own insights, perspective and abilities. If we are to achieve our true potential as a nation and allow each of our citizens to reach theirs, then we must tap our collective intelligence. Our role in this project is not to control and direct but to inspire and empower, to act as a smart state, unleashing a spirit of collective enterprise throughout the whole of Wales. The idea of Wales as a community of communities, united in its diversity, has always been at the heart of Plaid Cymru’s mission. Help us build the New Wales today. 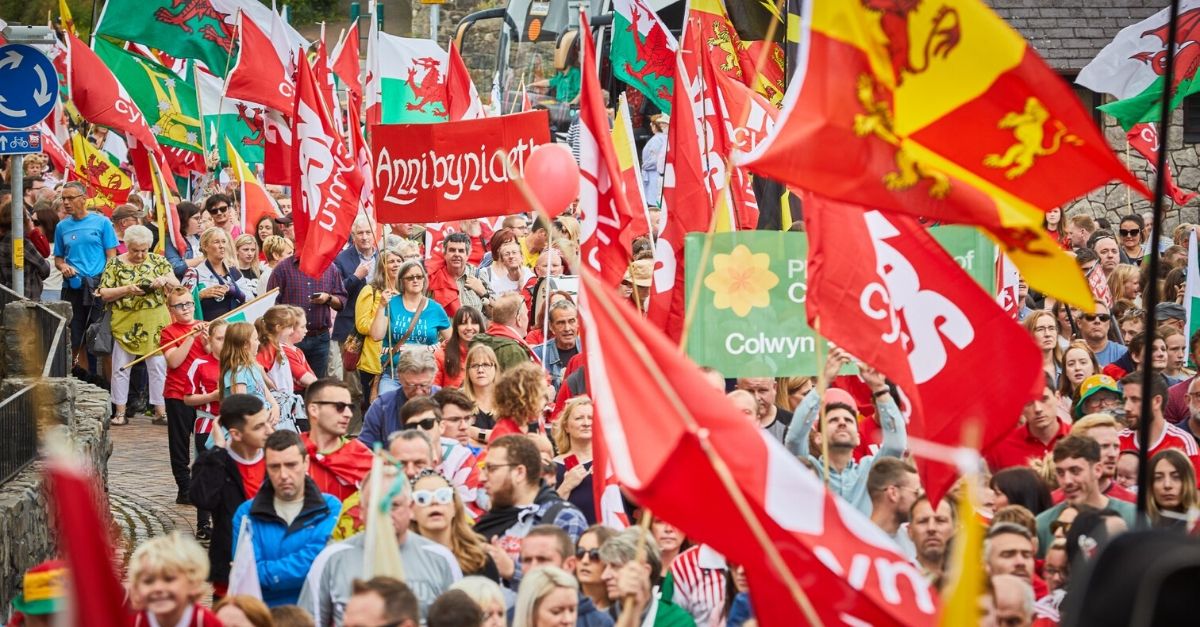 The only way we can face the challenges and grasp the opportunities of a changing world is to change Wales. And that change can only come through the most fundamental change of all: to own our own future as a people and a nation. 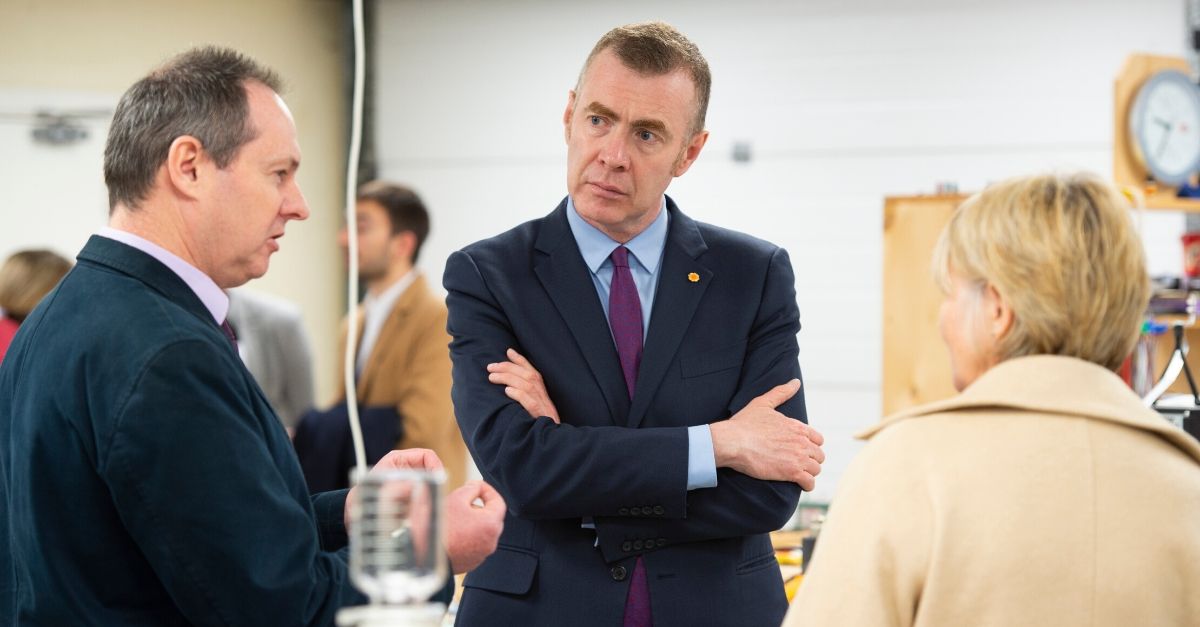 A Plaid Cymru government will build a new economy that works for everyone in Wales. We will increase prosperity, reduce inequality, and empower sustainability. 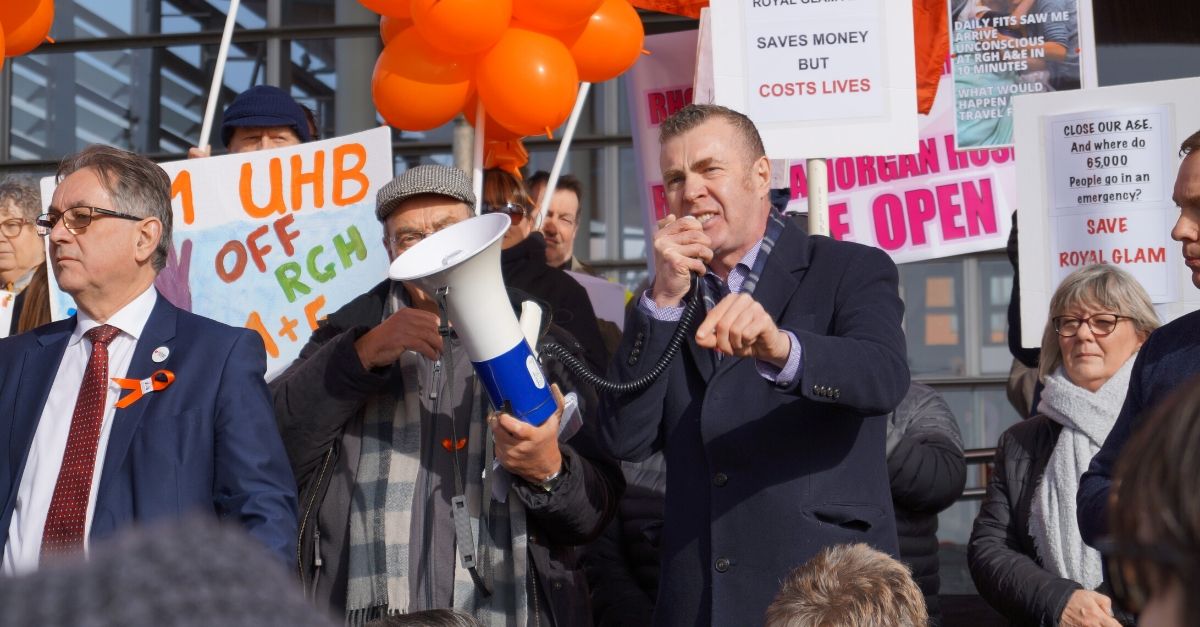 There is no part of our public services that faces more challenges than the NHS. An ageing population, with an epidemic of obesity and chronic illness, coupled with rising drug costs represent a gathering crisis for health systems around the world. But in Wales, the birthplace of the NHS, they have been compounded by poor leadership since the onset of devolution that have left us with a poorly structured service, delivering far poorer health outcomes than in comparable parts of Europe or the UK. We want to change this and create a New Wales. 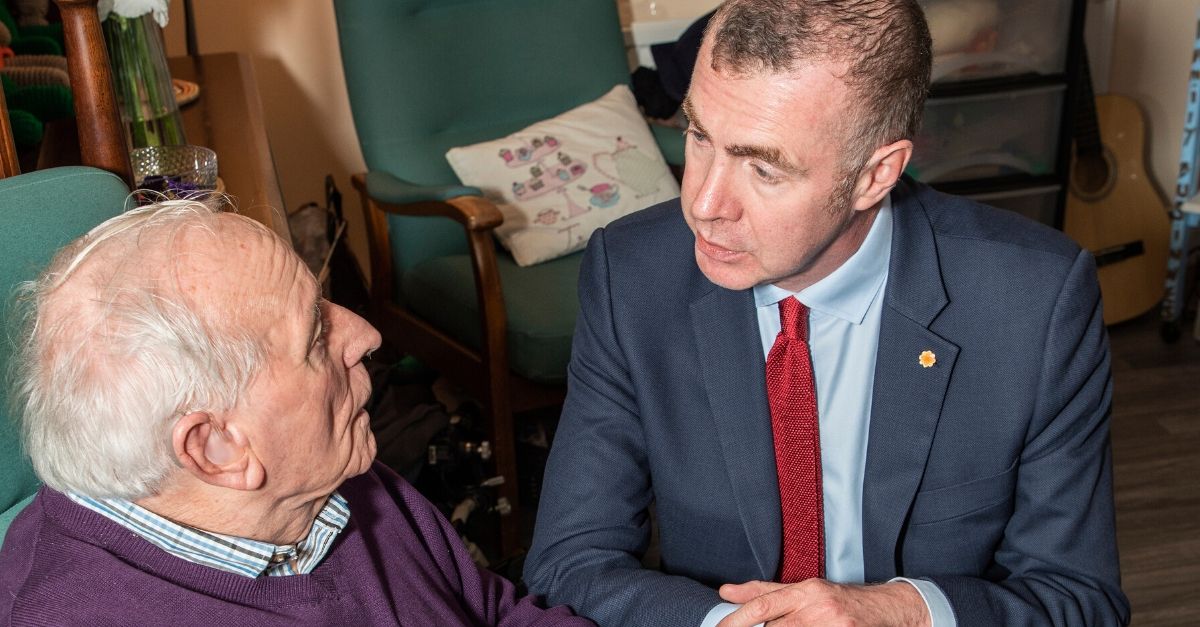 Social care will be transformed into a service that puts people’s independence above the needs of bureaucracy, meaning that we aim to make people’s lives worth living rather than merely keeping people alive. We will place far greater emphasis on investment in early intervention and preventative health and care services to ensure people can be kept healthy and independent. This is the best way to relieve the pressure on the NHS. 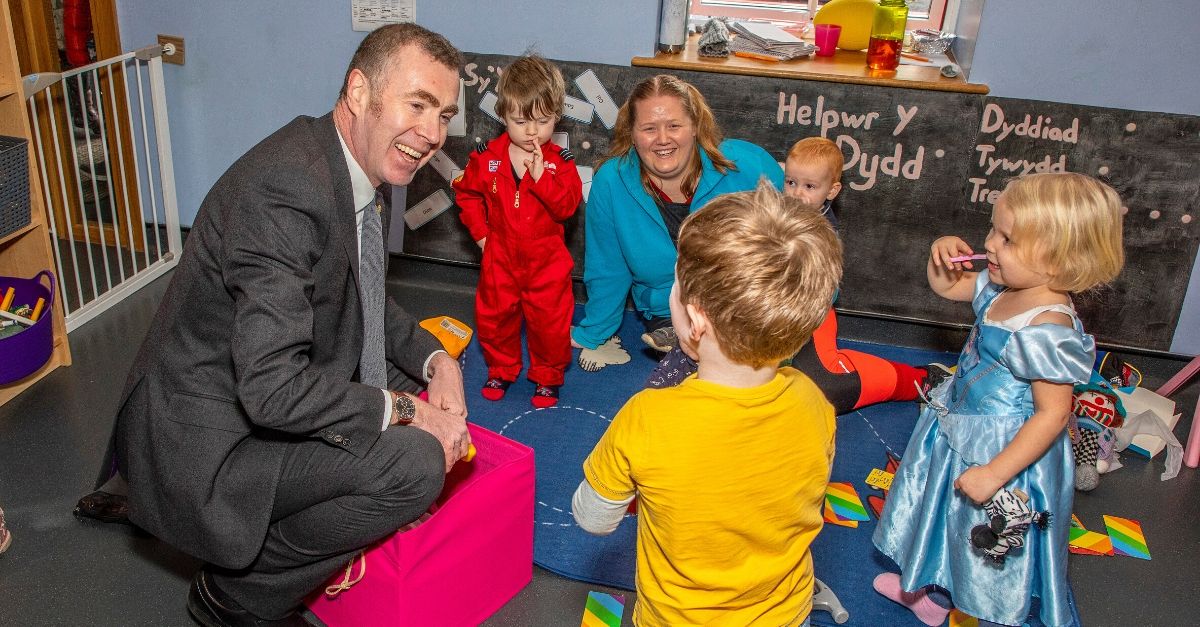 Our children perform worse in reading, mathematics and science than children in any other part of the UK and worse than the OECD average. Education is the single biggest change we can make in Wales and a Plaid Cymru government will not let our young people down.

We will raise education standards and create more opportunities for our children by tackling the funding emergency faced by our schools that sees £324 less being spent in real terms per pupil during 2018-19 compared with the corresponding figures in 2009-10. 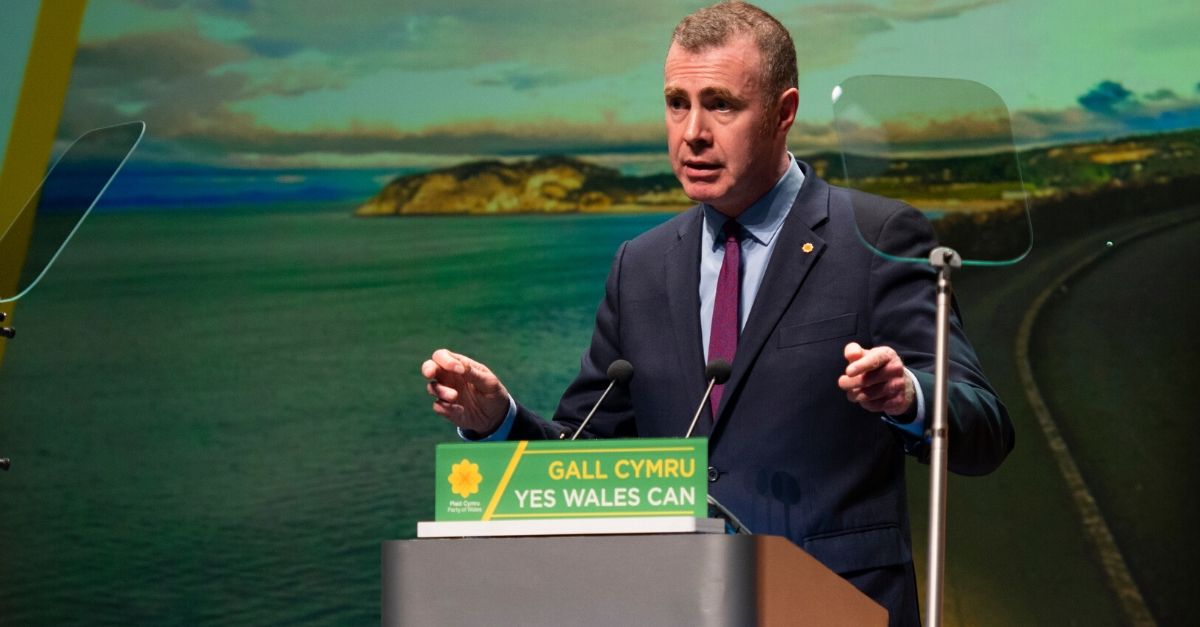 The greatest challenge humanity has ever faced is to turn our impact on the planet from destructive to benign. We will position Wales as a nation leading in the net zero commitments made in Paris 2015. We will seek a complete ban on fracking and new open-cast coal mines. We believe that responsibility for all of Wales’ natural resources should be in the hands of the people of Wales, through our democratically elected Parliament. This includes responsibility for all energy powers. 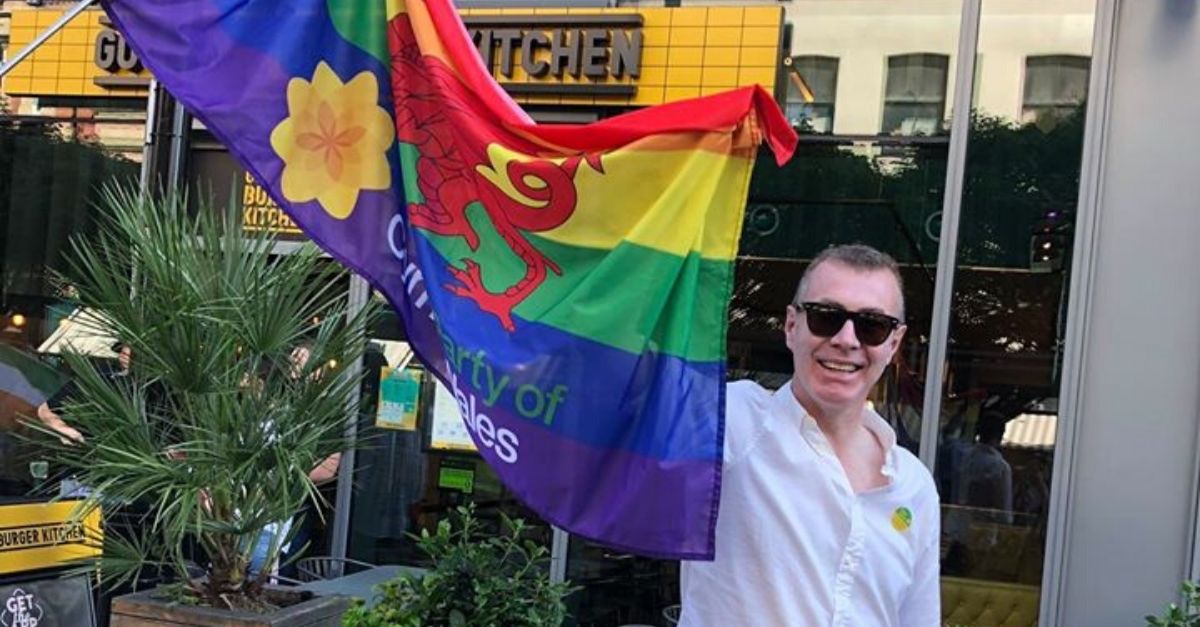 Plaid Cymru believe in a fair and just society where everyone is treated equally and enjoys the same rights, regardless of their gender, ethnicity, religion or sexual orientation.

Against the backdrop of a Tory Party who are intent on undermining the Human Rights Act, we will publish a human rights charter for Wales to protect the most vulnerable members of our communities. We will also seek devolution of responsibility for equalities legislation to Wales. 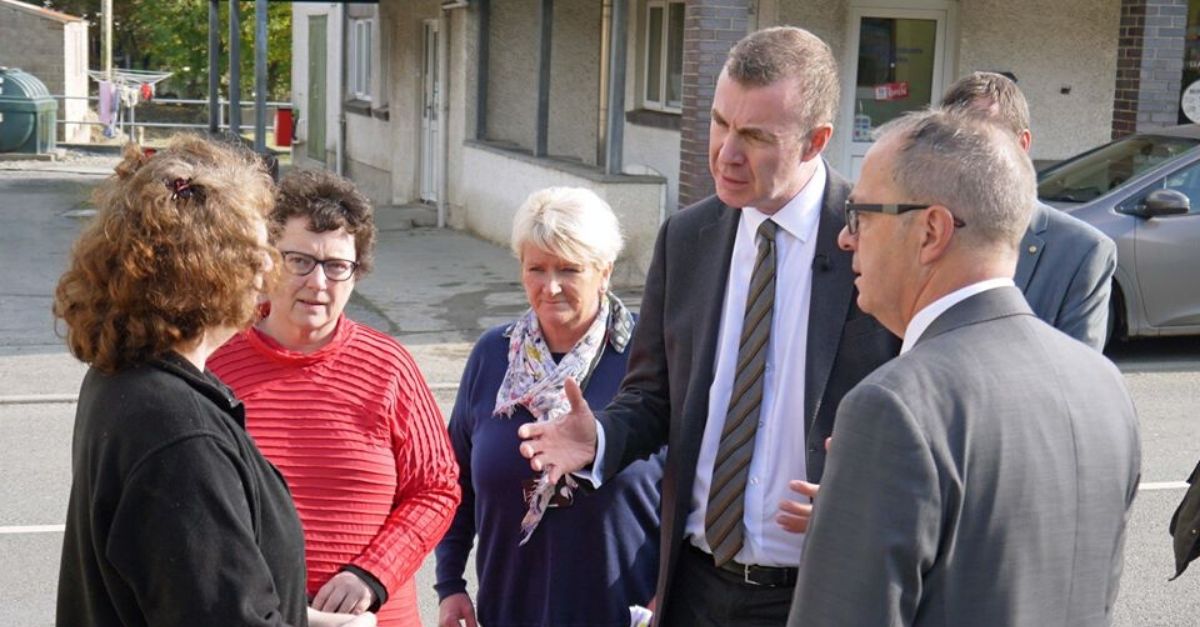 Everyone needs safe, stable and suitable housing to stay well, but in Wales, that is becoming the privilege of fewer people every year, due to soaring prices and limited public sector budgets. 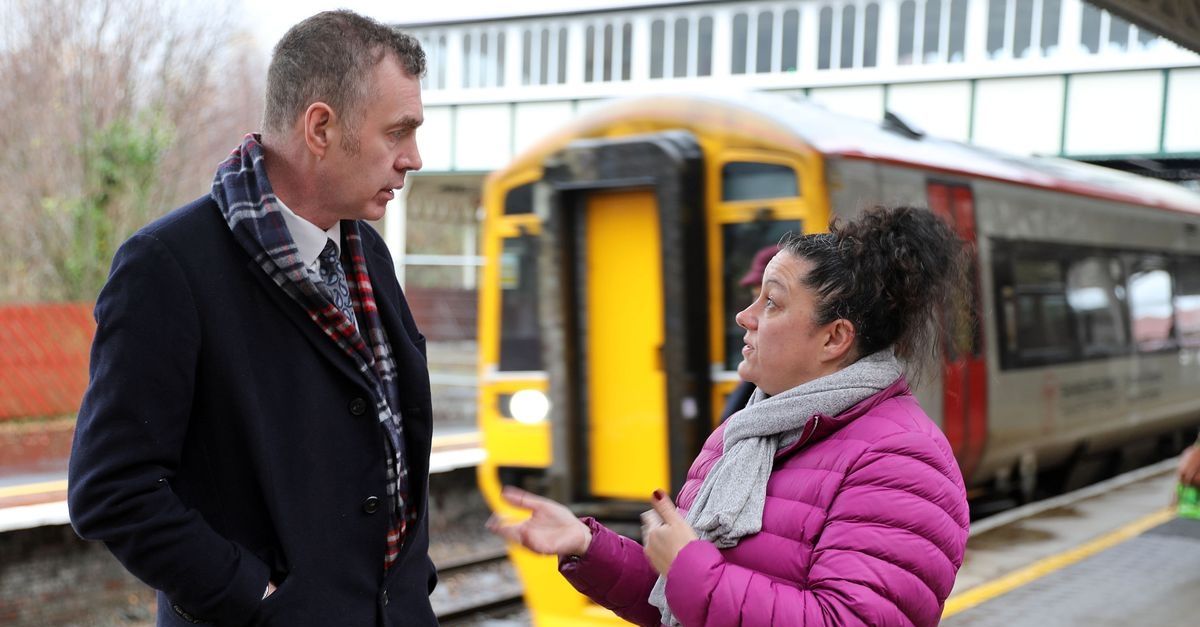 Wales has inherited a fragmented and uneven transport infrastructure. Creating a national transport system fit for the 21st century is crucially important for our wider social and economic goals as a nation. We will use our new democratic mandate to demand the full devolution of powers over railway, taxi, bus services and air passenger duty to Wales and the full application of the Barnett Formula to HS2, and use our new power to borrow to invest, together with the new National Infrastructure Commission, to meet our strategic aims for transport. 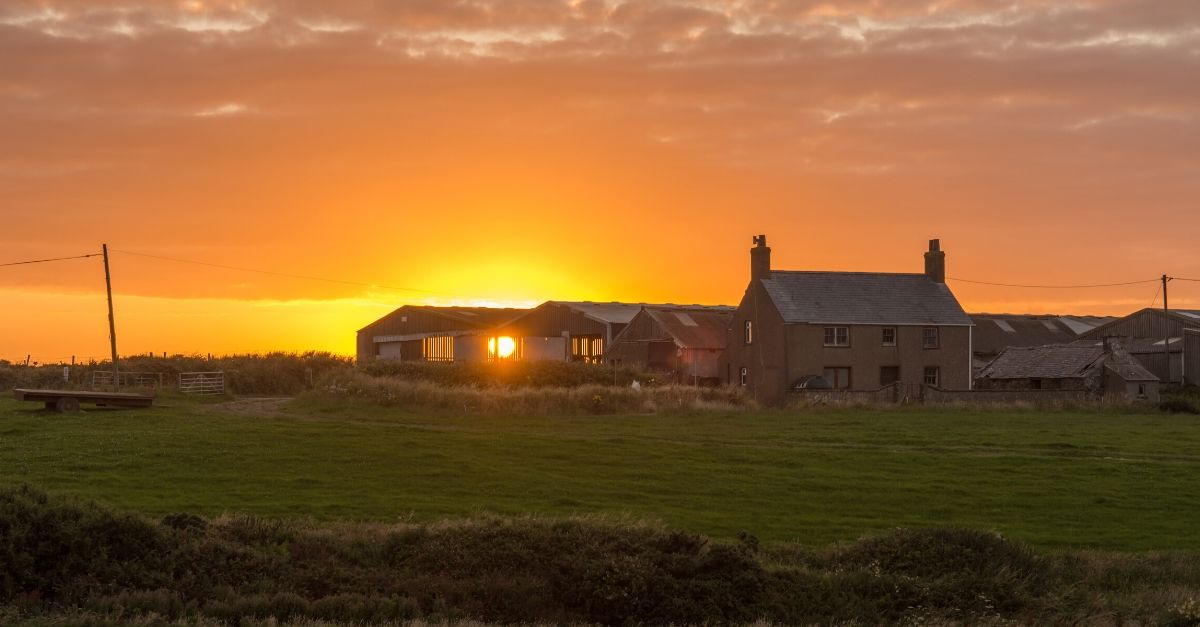 The Welsh food and drink sector is integral to the prosperity and health of communities throughout Wales. The food supply chain is worth £7 billion to the Welsh economy, while the food and drink industry employs an estimated 240,000 people. 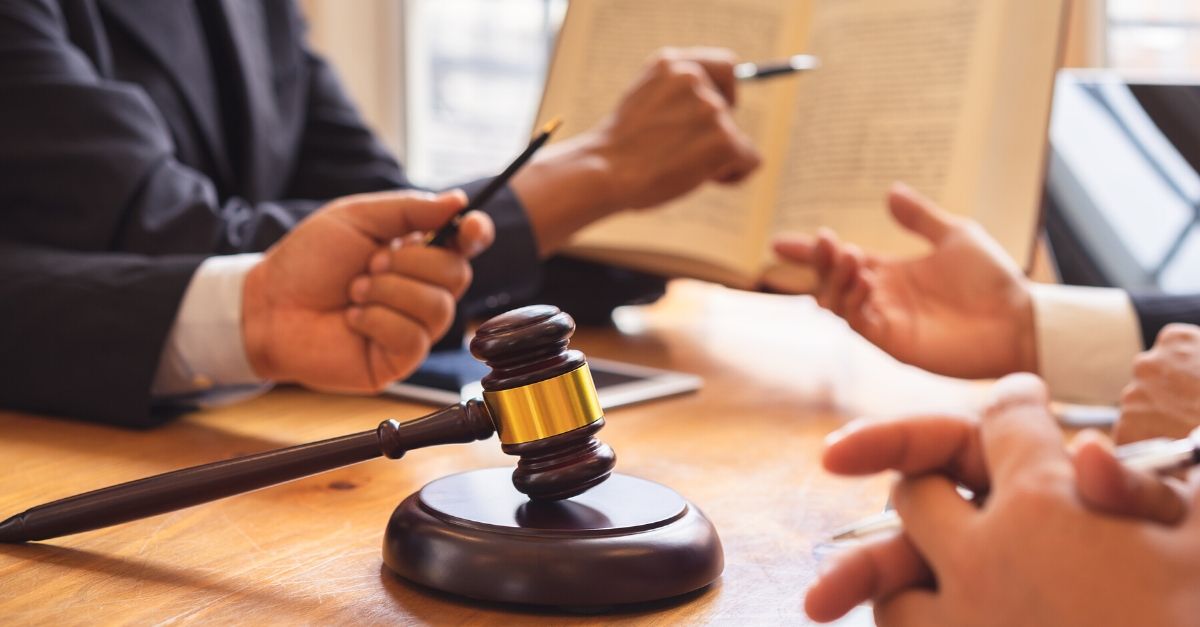 We are committed to the devolution of policing and justice to Wales to empower us to implement and pursue policies that serve the interests of our citizens and communities. This will allow us to create integrated people-centred services – from prisons to counselling to housing – to replace the present callous approach that prioritises targets over people’s needs. 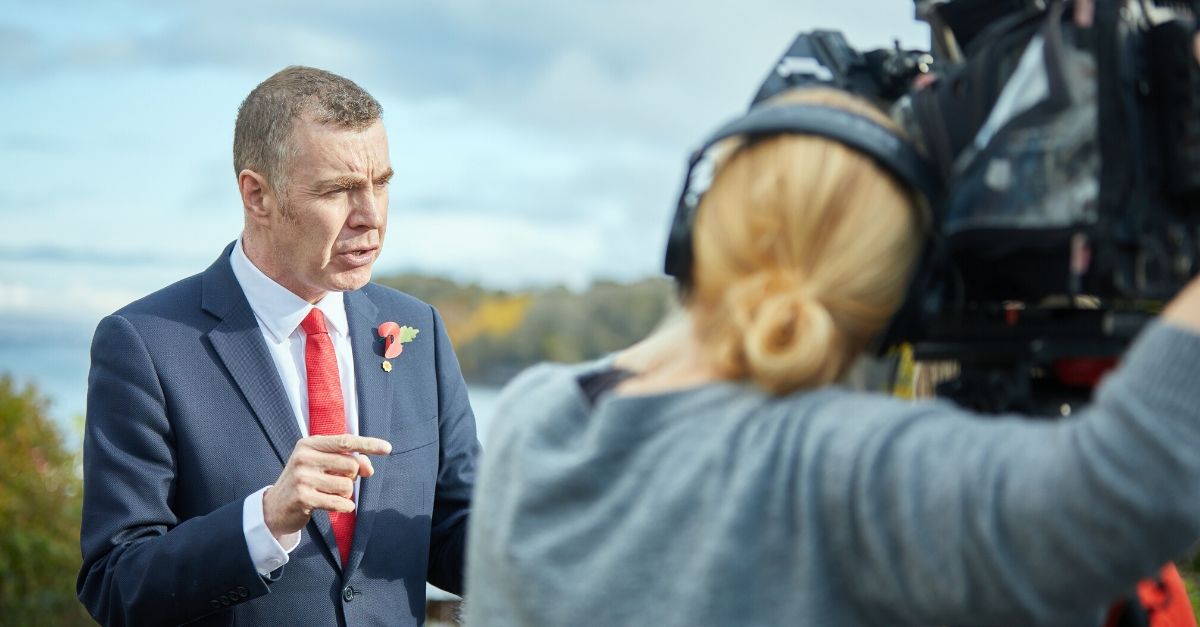 Plaid Cymru want a genuinely bilingual Wales where citizens can choose which language to use in their daily lives. There is wide support for the goal of reaching one million Welsh speakers by 2050. The education system has a key role to create the growth that is needed and to make fluency in both our national languages the norm. 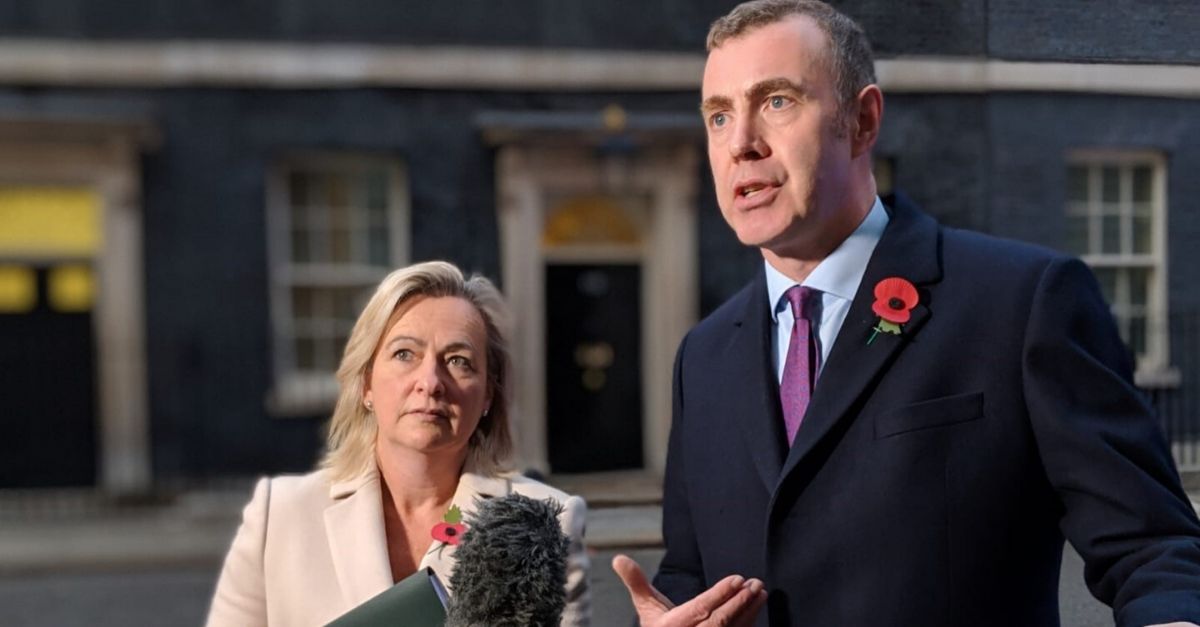 Empowering the people of Wales will never be possible with a Welsh Government that is itself weak and subordinate. Our ambition is to see a stronger, more successful Wales – and to act on that ambition - is one of the defining features of our politics.

Wales and the World 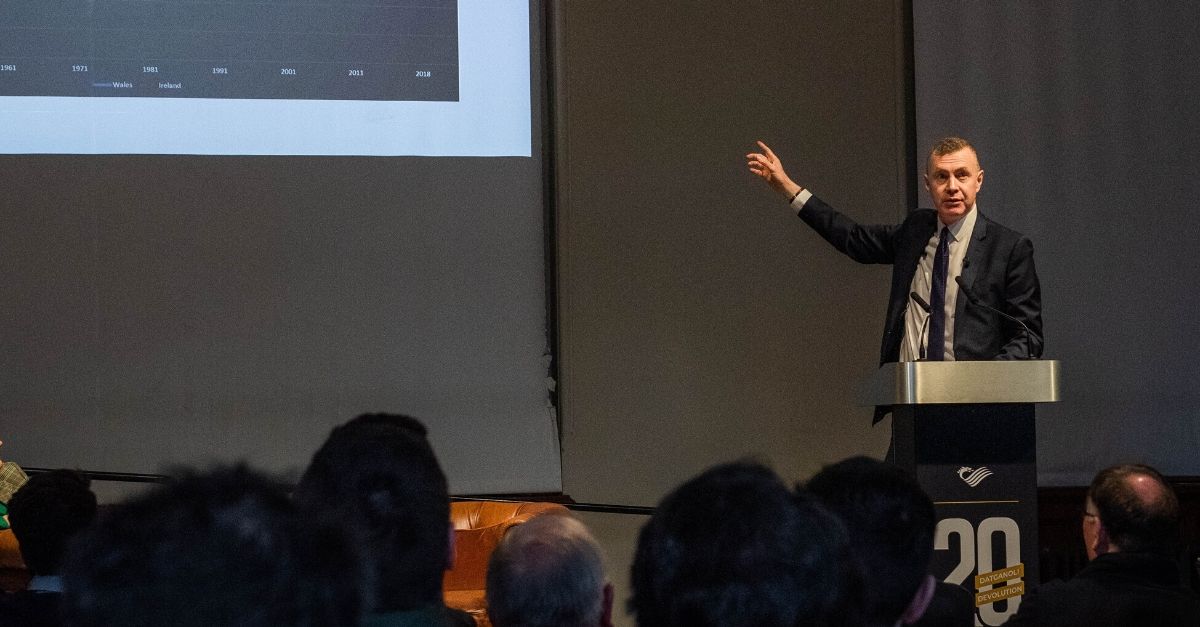 We want to create an international policy for Wales that restores our position as a great trading nation. We will introduce a Wales International, responsible for attracting new businesses, talent and industry from around the world, but also for putting Wales onto the global map for our exports. 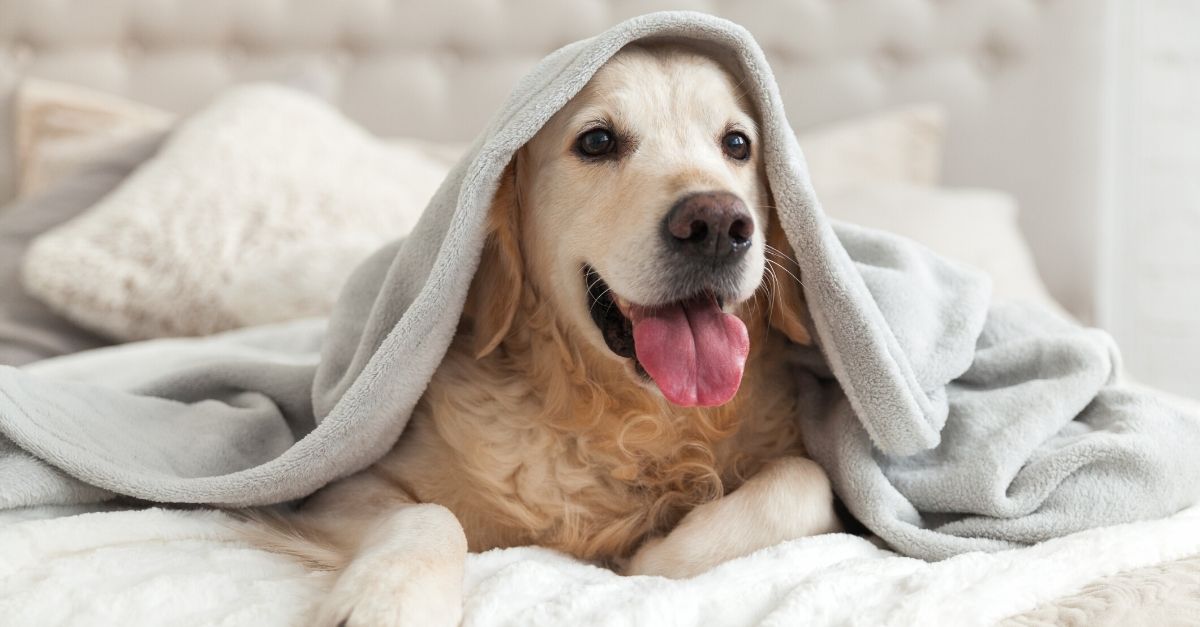