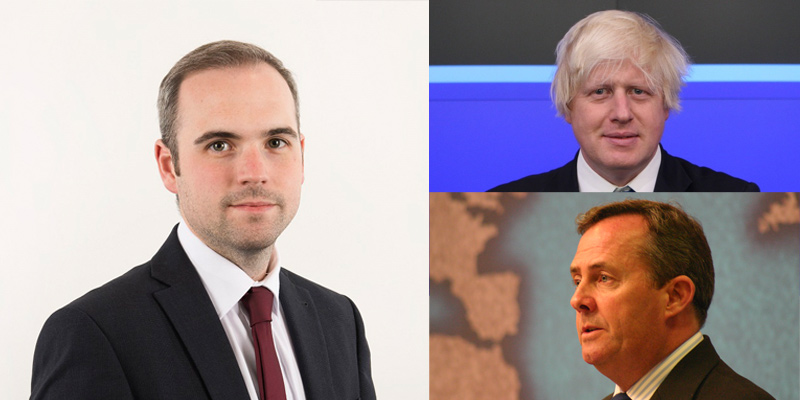 Plaid Cymru’s Shadow Secretary for External Affairs, Steffan Lewis AM, has called for Wales to develop a distinct foreign policy – complete with a dedicated ministry for international affairs – because he said Welsh interests could not be trusted in the hands of new Foreign Secretary Boris Johnson or new Trade Secretary Liam Fox.

“In recent days we’ve seen the UK Foreign Secretary jeered and booed at official events – an unprecedented occurrence which tells us all we need to know about how damaged the UK’s global reputation will be under Mr Johnson’s stewardship.

Significantly, we also have the appointment of Liam Fox as Trade Secretary, meaning Welsh trade will be at the mercy of a dangerous neo-con who has little regard for progressive economic policies.

“Wales being tied to this double act of danger poses real questions for us as a nation in terms of how we see ourselves in the world, and how we want to be seen by other countries.

"In terms of trade, we will now no longer be able to rely on other EU states to moderate the excesses of the UK government because, post-Brexit, the UK will unilaterally negotiate its own trade deals around the world. Wales will also be losing out from leaving the EU in terms of our relations with other EU countries, especially important partners such as Ireland.

“To face the new context post-Brexit, and to mitigate the threats to Wales from the new team of isolationist hawks appointed to key international roles in Westminster, we need a dramatic change in Welsh foreign policy. We need a new infrastructure for Welsh foreign policy, backed by a new ministry for international affairs at Welsh government level. There is precedent for sub-state governments having significant global roles and reaches such as Quebec in Canada and Flanders in Belgium.

“It is now a regular and increasing feature of Canadian trade negotiations for provincial governments to have a direct role as part of the process. That should now be custom and practice in the UK. Liam Fox should not be able to conduct let alone conclude international trade deals in Wales’ name without a Welsh trade team being fully involved.

"Wales has a surplus in terms of its balance of trade, unlike the UK, and our distinct interests must be upheld and furthered in any deals that are being done on our behalf.

“In terms of foreign policy more broadly, we really cannot afford to allow Boris Johnson to speak for us. That would damage Wales abroad at a time when Wales’ international profile is at an all-time high.

"We need a dedicated team of Welsh diplomats answerable to Wales and accountable to Welsh Government so that our country can play its full role in the international community and face global challenges as a partner to others.

“The Brexit vote was not a blank cheque for the Westminster establishment to do as it pleases in Wales’ name. They cannot be trusted with our international standing and so we must now have the confidence as a country to take greater control of our relations with other nations.”