Labour joins with Tories to vote against Single Market Membership 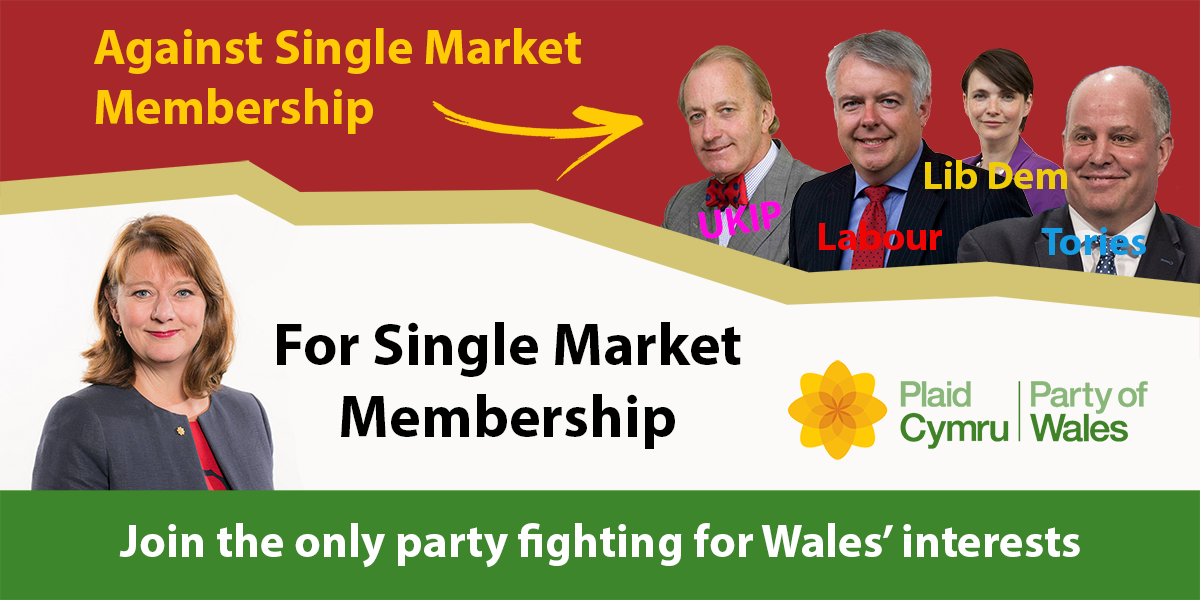 In a shock move by Labour in Wales today, the Welsh National Assembly has become the first political institution in the UK to come out against membership of the European single market post Brexit.

The Labour government joined with the Conservative in rejecting a Plaid Cymru motion in favour of Single Market membership, and supporting an alternative Tory amendment which advocated only access instead.

The final motion supported by the Labour group also called for clarity on the Labour Government’s position on freedom of movement after the First Minister dropped his previous support for the policy.

Speaking after the vote in the Senedd today, Plaid Cymru AM, Adam Price, said:

“Today Labour in Wales voted with the Tories against the Welsh national interest.

“Due to the way Labour have voted, David Davis’ hard Brexit policy has now been adopted by the Welsh Government. This is a dark day for Wales as the National Assembly becomes the first parliament in these islands to vote in favour of a hard Brexit, and to yield any possible leverage in securing the best deal for Wales, thanks to Labour joining forces with the Tories.

“Ever since the Brexit vote the Labour government’s position on membership of the single market has been confused at best with successive statements expressing contradictory positions. One minute Labour was in favour of full membership then just access the next, one minute they wanted free movement of people, the next minute they were calling for a moratorium on free movement.”