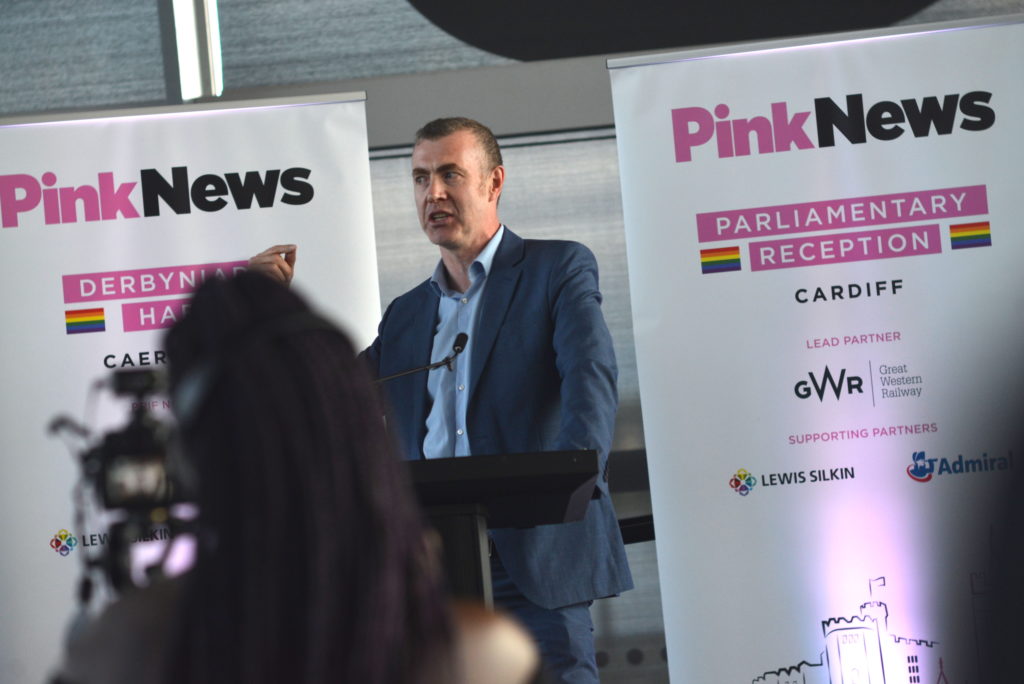 Plaid Cymru Leader Adam Price has called for Wales to have power to legislate on the Gender Recognition Act so that it could proceed to reform it immediately.

Mr Price was speaking at the Pink News Summer reception event at the Senedd on Thursday evening.

Condemning the recent slew of vitriol directed at the transgender community and criticising the UK Government’s delay in bringing forward GRA reform, the Plaid Cymru Leader said that Wales should have the power to legislate on its own Gender Recognition Act so that it could be reformed urgently.

Mr Price compared the homophobia of the Section 28 era with the current anti-trans rhetoric and pledged to show “total solidarity” with transgender people.

He added that for Wales to be “truly free”, it must be inclusive and ensure freedom for LGBT citizens too.

“Growing up in the 1980s was a difficult time to be LGBT. It was the age of Section 28, which caused terrible harm to a generation of young LGBT people. Today, the campaign of persecution waged against transgender people echoes exactly what the gay community went through in the late 20th Century.

“By showing solidarity, by being there with each other shoulder to shoulder we could develop the confidence which everything we’ve achieved since was built on. It’s our responsibility to show total solidarity with our transgender siblings at this difficult time.

“That is why I believe Wales should have the powers over gender and gender recognition devolved so that could reform it and ensure our trans citizens can express and live by their own gender identity without invasive, long and bureaucratic process.

“I stand shoulder to shoulder with the transgender community and pledge that Plaid Cymru will always reject transphobia, homophobia, biphobia, and all other forms of prejudice and discrimination directed towards everyone in the LGBT community. Because Wales cannot be free until our LGBT citizens are free.