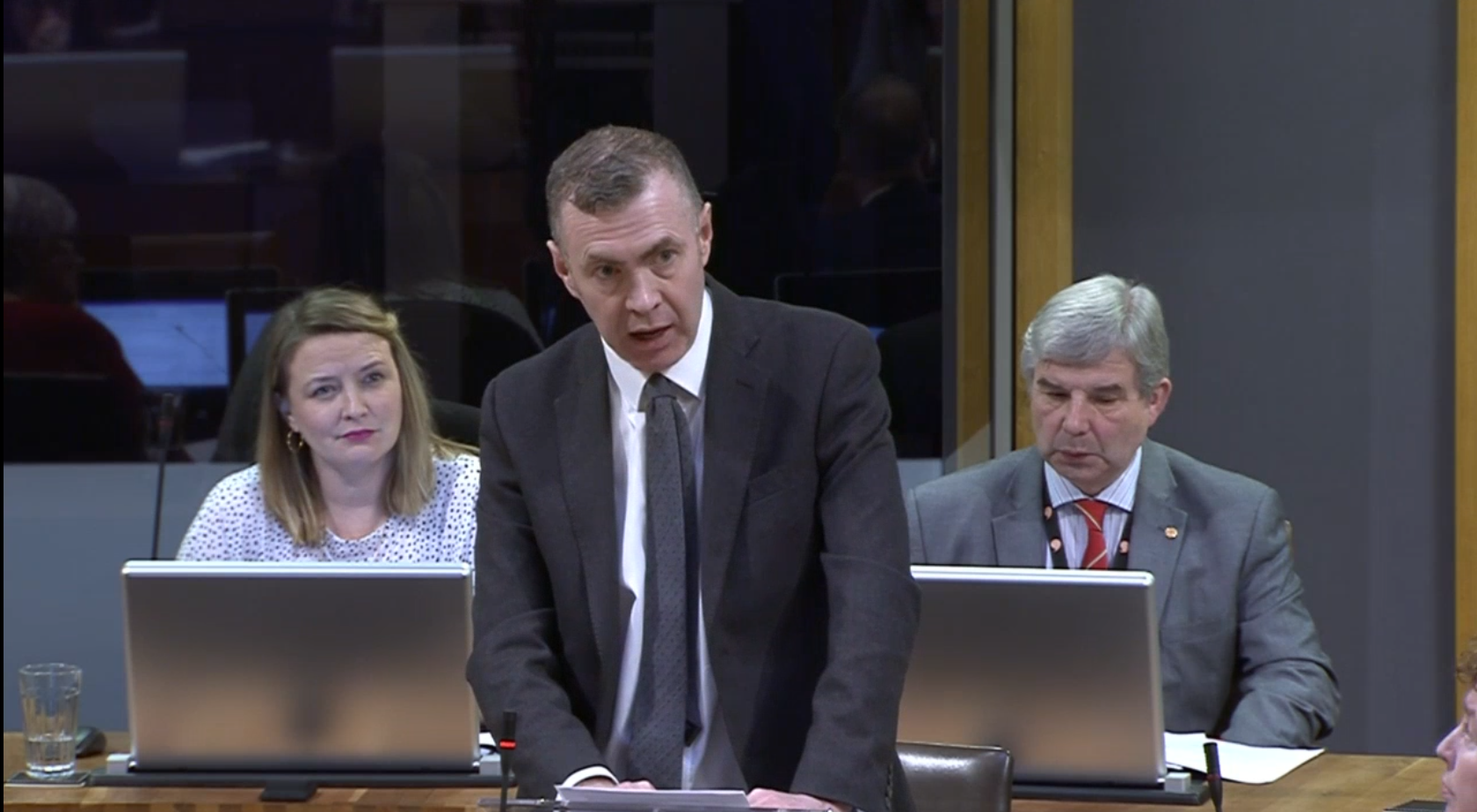 An FOI by Plaid Cymru Wrexham Councillor Marc Jones and exposed by Plaid Cymru Leader Adam Price in the Senedd chamber today, shows how Labour Welsh Government officials sought to involve the Chief Executive of Betsi Cadwaladr, Gary Docherty, in political matters by sharing the text of a Plaid Cymru motion in the Senedd with him to which he responded with, as he put it, “a suggested line to take”.

He also states in his email that the now rescinded proposals to introduce unpaid breaks for nurses are already operating in another health board in Wales.

The Labour First Minister Mark Drakeford replied that he is did not know which health board has “similar arrangements” and “nor did he need to know” and said he was “not responsible for nurse rotas”.

A controversial plan to change nurses rotas and not pay staff for their 30-minute breaks to save money were scrapped by Betsi Cadwaladr University Health Board in north Wales last month after campaigning from nurses, Plaid Cymru and UNISON. Over 3,500 signed Plaid Cymru’s petition to scrap the changes.

“Proposals to introduce unpaid breaks for nurses were condemned by the RCN and Unison as “draconian and wholly unacceptable”.

“You have redacted the identity of the health board in question. Are you able to tell us now which one it is?

“And before you’re tempted to say these are operational matters, or blame it on the Tories, are you prepared to acknowledge that from Cwm Taf to Betsi, there is one person that has ultimate responsibility for the Welsh NHS, First Minister, and it’s you.