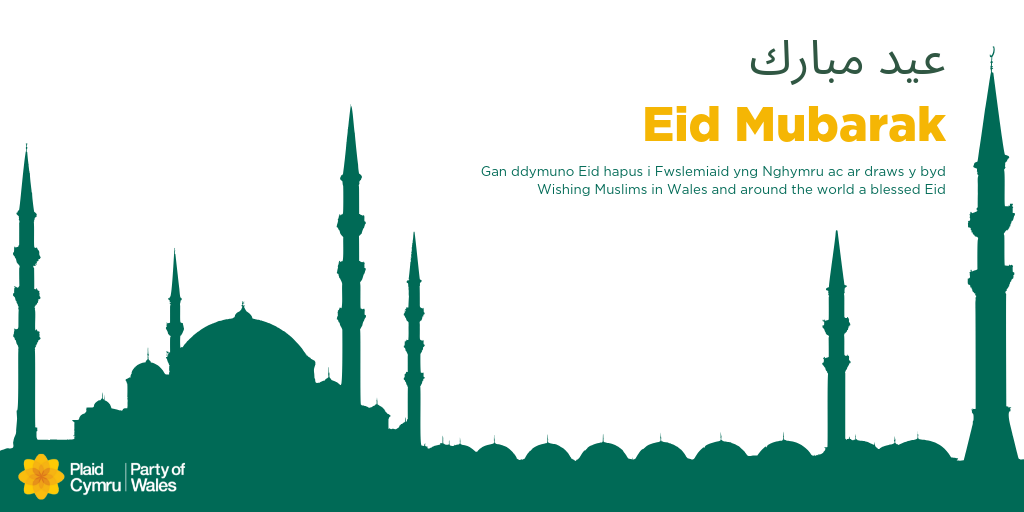 Speaking during a visit to the Dar Ul-Isra Muslim Educational and Welfare Centre in Cathays, Cardiff on Monday night, Plaid Cymru Leader Adam Price AM wished all Muslims in Wales a blessed Eid.

Mr Price said that Muslims in Wales are an important part of the wider Welsh community, and that Plaid Cymru stands in solidarity with them.

Plaid Cymru recently adopted the Runnymede Trust definition of Islamophobia, and was the first political party in Britain to do so.

Eid al-Fitr, celebrated today (4 June), is a holiday celebrated by Muslims around the world to mark the end of the Holy month of Ramadan.

“Eid Mubarak! It’s great to be here, and thank you so much for welcoming us here. It’s good to hear that despite the incident the other night, you are all safe, and it’s great to be here with you. We wanted to show you our solidarity.

“Wales is a small nation and you are such an important part of it – this community that I see here today. This is how we build a new Wales, all together, in the community we’re creating, so thank you for welcoming us here tonight.

“I’m proud of one thing: I’m proud that the party that I lead, Plaid Cymru – The Party of Wales – is the first party in the whole of Britain that has adopted the true practical definition of Islamophobia, the Runnymede definition, which has been drawn up by Muslims to reflect the reality of what they’re facing.