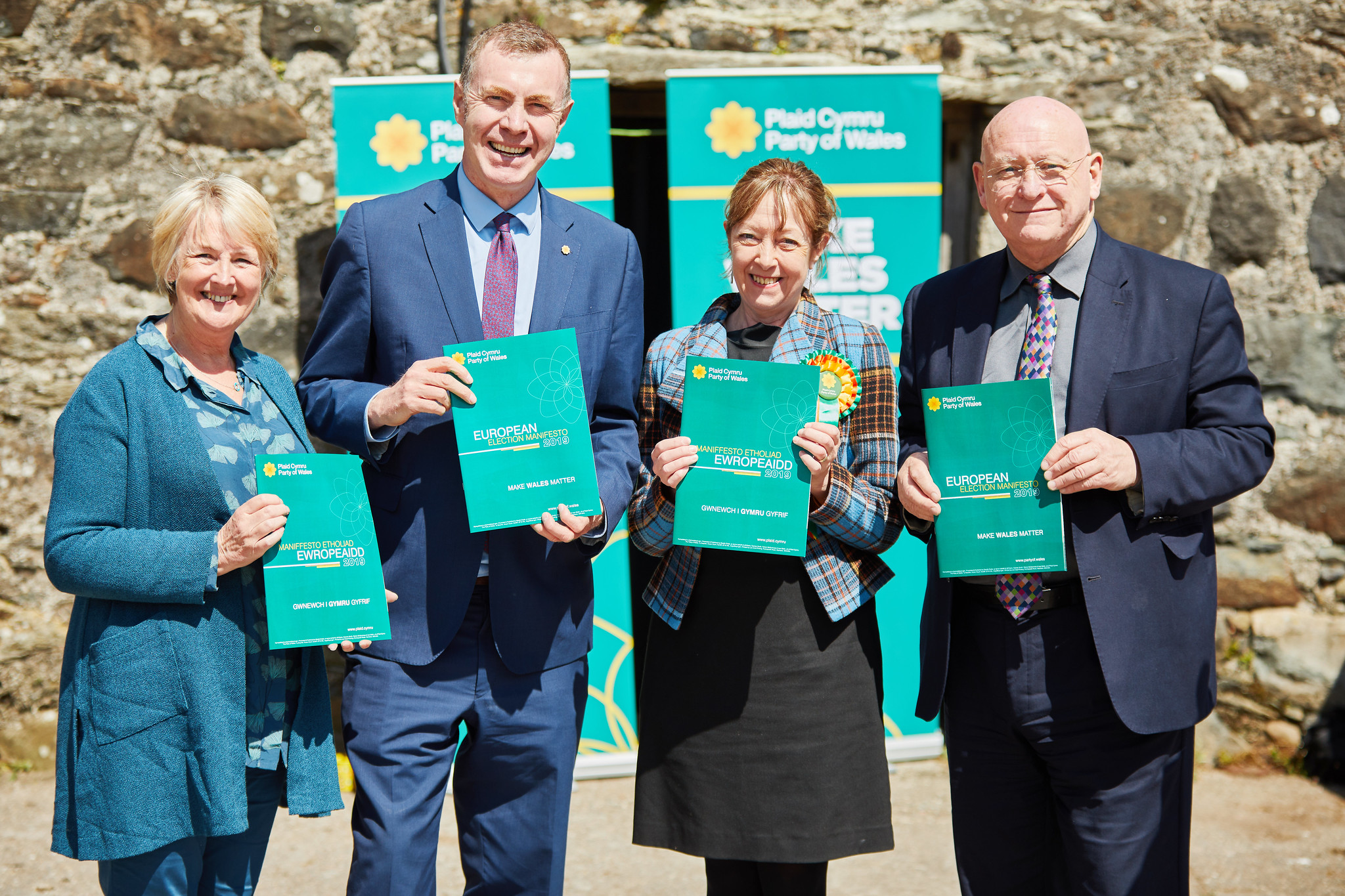 Ahead of the launch of its European manifesto, Plaid Cymru has said that to Remain in the EU is the only way of protecting the Welsh family farm.

Plaid Cymru will launch its manifesto today (Monday 13 May 2019) with a visit to Gwern Farm near Caernarfon by the party leader Adam Price AM, lead European candidate Jill Evans MEP, and local Assembly Member Siân Gwenllian.

Ahead of the visit, the party’s lead candidate in the European election and MEP for Wales since 1999 has said that remaining in the EU is the only way of protecting the Welsh family farm.

The EU is the most important market for the Welsh agriculture industry, with more than 90% of exported Welsh lamb going to destinations within the EU. The food supply chain supported by the agriculture industry is worth £6 billion to the Welsh economy, and the food and drink industry employs an estimated 240,000 people across Wales.

Plaid’s manifesto sets out five key pledges and outlines what a Plaid Cymru team of MEPs elected on May 23, and a Plaid Cymru Welsh Government elected in 2021, would do to make Wales matter.

Earlier, at the launch of Plaid Cymru’s election campaign, Adam Price AM appealed for support from across the political spectrum because Plaid Cymru is “the only party in Wales with a chance of winning seats that is unequivocally supporting a People’s Vote.”

Ahead of the manifesto launch, Plaid Cymru leader Adam Price AM said:

“Westminster is broken, and Wales deserves better. The manifesto we’re launching today is a manifesto to make Wales matter. From a Green New Deal to a £5 billion Transformation Fund, we are setting our ambition on Wales being a thriving, prosperous nation at the heart of Europe.

“The truth is that while the EU has invested in Wales’ communities, it’s Westminster that has let us down time and time again. That is why we’re appealing for support from across the political spectrum: to secure a People’s Vote, to make Wales matter, and ultimately to maintain Wales’ membership of the EU.

“While Westminster politicians are squabbling amongst themselves, Wales is being left behind. It's time for change. We are the only party standing in this election with the capacity to win that is unequivocally supporting a People’s Vote. Make Wales matter with a vote for Plaid Cymru.”

“Farming is the backbone of many rural communities across Wales and agriculture is incredibly important for the wider Welsh economy.

“An average of 80% of farmers’ income comes from direct payments from the EU. But the Labour Welsh Government proposes to follow the UK Conservative Government by phasing out direct payments if we leave the EU, which would have a devastating impact on the fabric of rural communities.

“Meanwhile, farmers in Scotland, Northern Ireland and the rest of the EU 27 will retain direct payments, creating an unlevel playing field for Welsh farmers and undermining the viability of their businesses.

“Remaining in the European Union is the only way of protecting the Welsh family farm. That’s why Plaid Cymru is proudly standing in this election as the only party that can win seats which is unequivocally supporting a People’s Vote.”