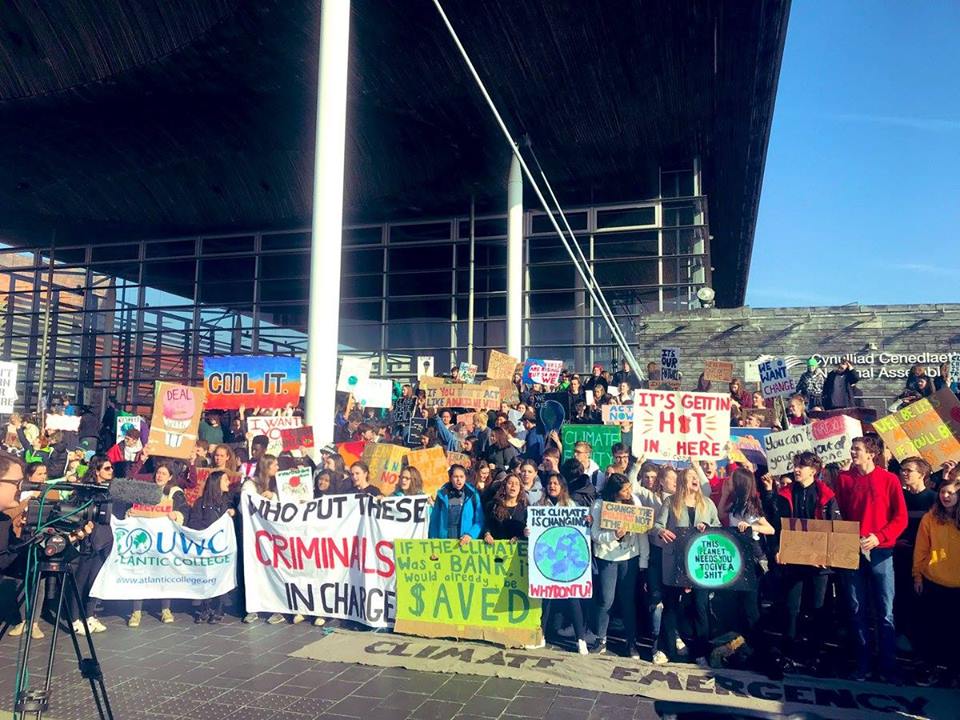 Plaid Cymru’s calls for Wales to declare a climate change have today been backed by Welsh Government - two days ahead of a Plaid Cymru debate on the issue.

The Plaid Cymru motion which will be debated on Wednesday is now almost guaranteed to pass with Welsh Government support – which would make the Welsh parliament the first parliament in the world to officially declare a Climate Change emergency.

However, Plaid Cymru shadow environment minister Llyr Gruffydd AM warned that this could not be ‘more empty grandstanding’ from Labour and urged the Labour Welsh Government to show a ‘real and immediate’ commitment to the climate crisis by scrapping the proposed M4 Relief Road black route and divesting from fossil fuels. Without concrete action, the declaration would ‘mean nothing at all’ he said.

“We are glad to see that the Labour Welsh Government have listened to Plaid Cymru and have backed our call to declare a Climate Change emergency just two days ahead of our debate on the issue. On Wednesday, we look forward to the Welsh parliament becoming the first in the world to officially declare such an emergency by backing Plaid Cymru’s motion in the Assembly. We congratulate all campaigners including Extinction Rebellion and the school strikers for their tireless activism. This is their achievement.

“But this cannot be more empty grandstanding from Labour. This must now mean a real and immediate commitment to tackling climate change head on with concrete action and the political will to see it through. This includes scrapping the environmental disaster that is the M4 Relief Road, divesting from fossil fuels, and ensuring that sustainability and climate is a part of the new curriculum.

“Otherwise this declaration will mean nothing at all.