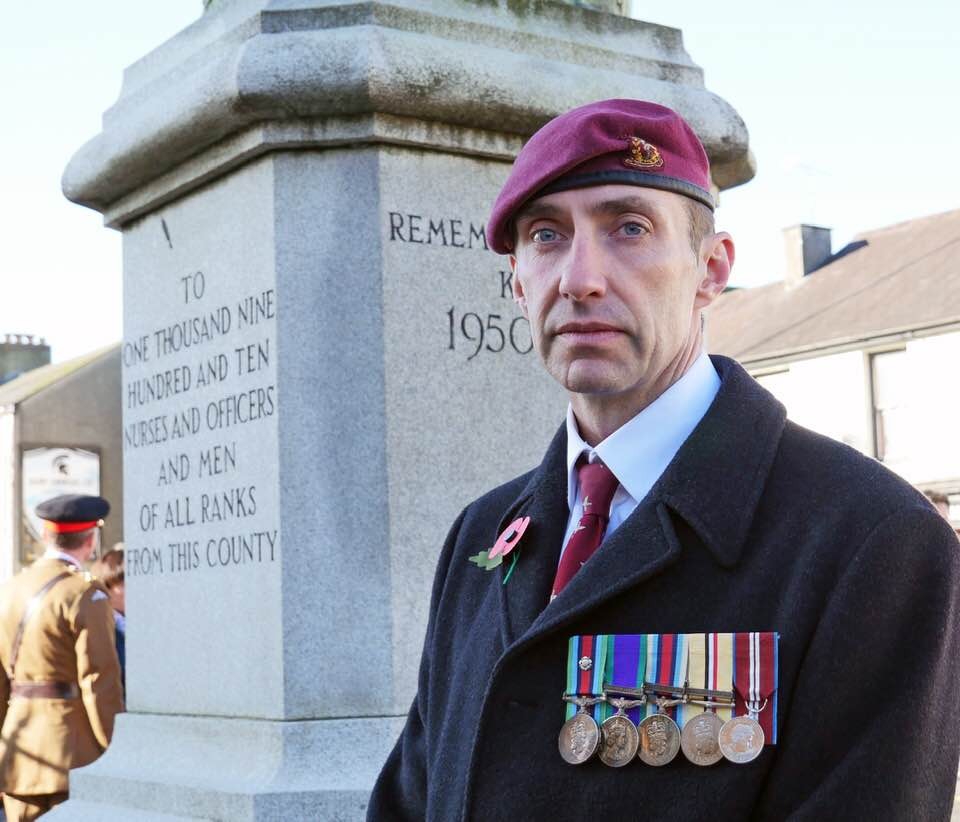 Veterans’ welfare isn’t being “accounted for” according to Plaid Cymru’s Dr Rhys Thomas.

There has been a failure of government at all levels to provide for veterans, says Plaid Cymru’s parliamentary candidate for Carmarthen West and South Pembrokeshire.

Lt Col (Ret) Dr Rhys Thomas served multiple tours of Afghanistan as a doctor with the Airborne Brigade, before returning home to Wales. He was instrumental in the creation of the Wales Air Ambulance.

Writing on Armistice Day, Dr Thomas said that “ex-personnel are being let down by a Tory government which just doesn’t understand our communities” and a Labour-run Welsh Government which has failed to invest in vital services for veterans.

Dr Thomas said the fact that thousands of veterans “are either homeless, in the justice system, or experiencing mental health conditions” was an “unacceptable failure of government.”

Plaid Cymru would take action in Westminster and Cardiff Bay to tackle mental health problems and homelessness among ex-personnel, and ensure that veterans are able to access treatment and care for conditions such as PTSD closer to home.

“Today, as we remember those we have lost, those who fight, and those who come home from military service, we honour them and their memory. However, the stories we share, the brave actions we remember, and the promises made to us must be met with concrete action.

“There has been a clear failure at all levels of government to help those of us who have served. While some have given their lives to serve, we who have returned know how fortunate we are to be back in Wales with our friends and loved ones. But our welfare as veterans simply hasn’t been accounted for anywhere near enough.

“In the face of adversity, veterans know that that the things we’ve seen are not weaknesses. We can find strength in what we’ve been through, and solidarity in our service. This Armistice Day, we remember the fallen, and let us neither forget those who’ve come home.”