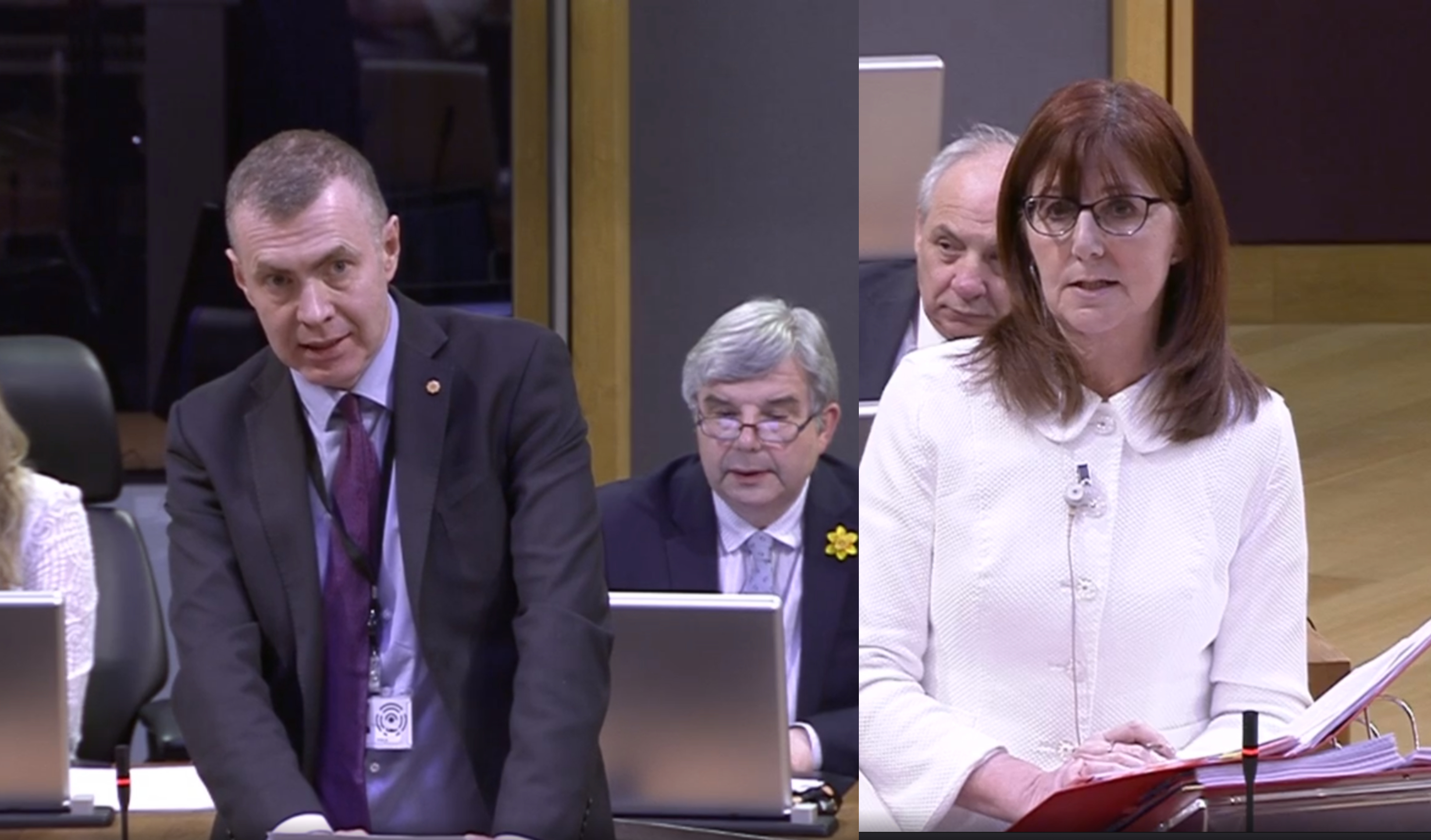 Plaid Cymru leader Adam Price has reiterated calls for a public inquiry into A&E waiting times in Wales after January 2019 saw the second worst A&E waiting times on record with over 5,264 patients having to wait more than 12 hours at major A+E units.

Questioning the Environment Minister – who was standing in for the First Minister during FMQs, Mr Price suggested that the Welsh Government were running out of excuses and simply “had no idea how to tackle” the issue or were “simply failing to implement an effective intervention programme”.

Health Minister Vaughan Gething had previously said that over the past months Wales has seen the highest number of flu cases in hospitals since the 2009 pandemic. However, the latest Public Health Wales influenza surveillance report shows flu is circulating at medium intensity and decreasing, compared to the high intensity seen last year.  Furthermore, figures obtained from the worst performing HB, Betsi Cadwaladr, showed that they had treated fewer cases of winter stomach bugs this year than in the previous two.

Questioning the Welsh Government for the first time since the figures were released, Plaid Cymru leader Adam Price said,

“Minister, your government’s target for people waiting more than 12 hours for treatment in A&E is zero. In Scotland they have the same target and have managed to come within touching point of it with a larger population they achieved a figure of fewer than 200.

“Do you accept that these almost unprecedented unacceptably long waits at A&E now constitute a fully-fledged crisis?

When the Minister did not respond to the question and blamed the higher figure on “more attendees”, Mr Price said that the Welsh Government were “running out of excuses”.

“On 12 February Health Minister Vaughan Gething told us that over the past months we’ve seen the highest number of flu cases in hospitals since the 2009 pandemic. Yet the Public Health Wales influenza surveillance report shows flu is circulating at medium levels and decreasing.

“Vaughan Gething also claimed that winter stomach bugs were putting an additional strain on the NHS. Well we’ve researched this with Freedom of Information requests. Some Local Health Boards told us that the information for this winter wasn’t available yet. But the ones that have provided us with data have shown that this year’s numbers are not noticeably different from last year. Indeed, Betsi Cadwaladr – the worst performing Health Board – is treating fewer cases of winter stomach bugs this year than in the previous two years.

“When all these excuses are stripped away, surely there can only be one of two answers to your failure to get to grips with worsening waiting times. One is that you simply have no idea what to do to tackle them. The other can only be that you do have an idea, but are simply failing to implement an effective intervention programme.

“It is significant that colleagues of yours – Labour MPs at Westminster – consider the waiting time statistics for England so bad they have called for a public inquiry. Given that the figures for Wales are even worse than in England, will you join with Jon Ashworth, Labour’s Shadow Health Secretary at Westminster, and demand that a public inquiry should be held in Wales as well?