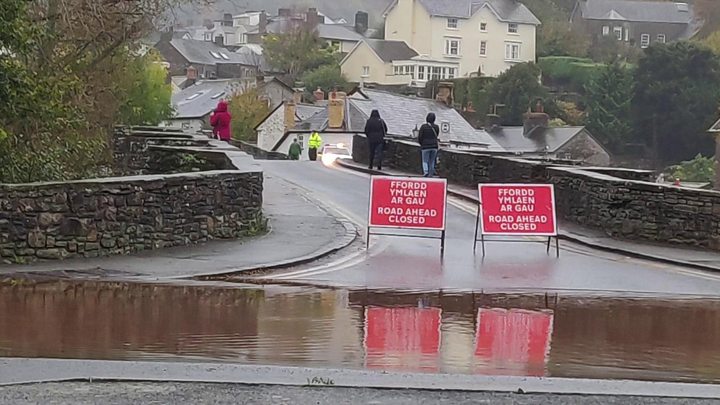 The call comes ahead of Plaid Cymru Leader Adam Price’s visit to the flood-stricken communities in Rhondda and Pontypridd this morning and a Plaid Cymru debate later today on flooding.

Plaid Cymru’s shadow minister for the environment and rural affairs Llyr Gruffydd AM said that the Welsh Government should initiate “a full and independent inquiry” into the floods caused by Storm Dennis as well as “reviewing its overall extreme weather prevention plans”.

Mr Gruffydd said that “people needed answers” and questioned what the Labour government were going to do to stop “this happening again”. Pointing out that flooding on this scale would only “get worse” and was already “overwhelming existing infrastructure”, the shadow minister said that Natural Resources Wales and local authorities needed more resources to deal with the new expectations on them.

Mr Gruffydd added that a “prevention strategy” and a “combination of the hard and natural solutions” was required in the long term to protect vulnerable communities.

Plaid Cymru Leader Adam Price yesterday criticised both UK and Welsh government for not ensuring troops were deployed to support the flood hit communities whilst they were previously deployed in northern England.

“As the clean-up continues, I can only pay tribute to the heroic efforts of public service workers and community volunteers in keeping people safe, clearing the roads and ensuring people had shelter.

“But people need answers. That’s why I’m calling on the Welsh Government to initiate a full independent inquiry into the causes of recent flooding - as well as reviewing its overall extreme weather prevention plans.

“What is the Labour Welsh Government going to do to stop this happening again? Because climate change is here. Flooding on this scale will only get worse. It’s already overwhelming the existing infrastructure.  Natural Resources Wales and local authorities desperately need additional resources to deal with the new responsibilities and expectations them.

“In the long term, we need a prevention strategy and a combination of the hard and natural solutions to prevent the water from reaching the river in the first place. We need a robust planning policy that keeps new housing developments out of flood plains.

“Our most vulnerable can’t keep paying the price for this.

“I want to see support available to those experiencing trauma as a result of the recent flooding – especially children. People are still struggling.

“There must also be a hardship fund for those individuals affected by adverse weather and storm damage which ensures parity for businesses and homeowners, especially those without insurance.

“Time and again Welsh communities are treated as an afterthought by the two main Westminster parties. When severe flooding hits Wales again – and there’s no doubt that it will, troops must also be drafted in to help and support our communities. They shouldn’t be left behind to deal with this on their own.