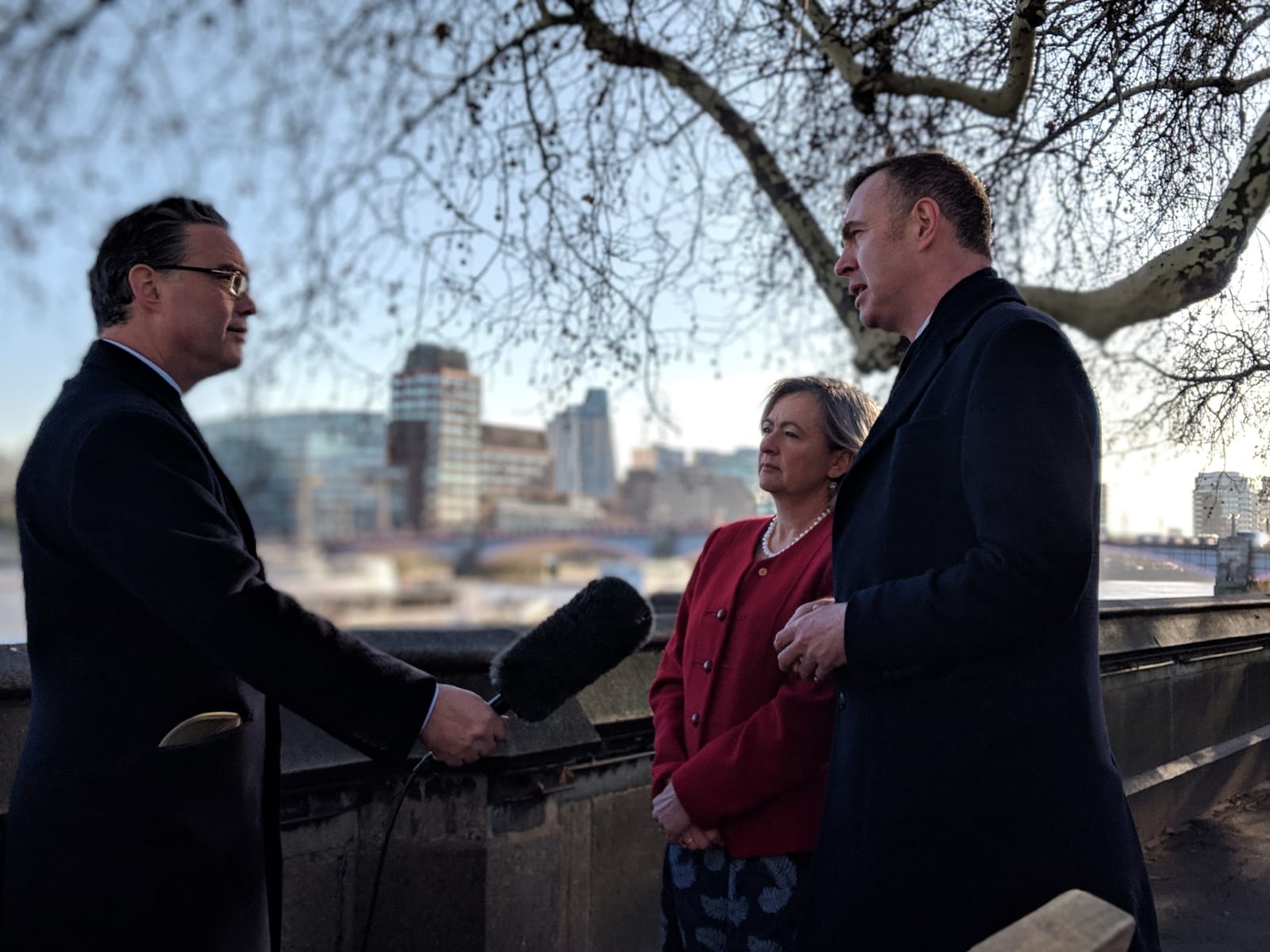 Plaid Cymru Leader Adam Price AM, and Plaid Cymru Westminster Leader, Liz Saville Roberts MP, have written to the Prime Minister following constructive meetings with her on Wednesday and with other Government Ministers on Thursday.

In the letter, the senior Plaid Cymru politicians raise possible ways the British Government could meet Plaid Cymru on solutions to break the Brexit impasse, emphasising the need to take no deal off the table and for there to be progress on a People's Vote. In the letter they outline how the only way Mrs May can maintain her negotiating “red lines” is if she supports a referendum which would ratify or reject her deal.

They stress that giving the people a final say on the British Government’s deal could offer a solution to the Prime Minister’s dilemma by resolving the UK Brexit question for a generation. Mr Price and Ms Saville Roberts claim that the clear rejection of the Prime Minister’s deal by the House of Commons means the only way it has a future is through testing it against the option to remain in the EU.

The Plaid Cymru Leader and Westminster leader state in the letter that “for discussions to be meaningful going forward, we must now see positive indications of conciliation on the British Government's part.”

“The Prime Minister is quickly running out of options to break the Brexit impasse.

“Considering the scale of the Parliamentary defeat on her deal, without wholesale changes Mrs May’s agreement is without a future. Those changes cannot happen without the complete collapse of her negotiating position. So if the Prime Minister wants to maintain her ‘red lines’ the only way in which her agreement can be implemented is if it wins the test of public opinion in a People’s Vote.

“Plaid Cymru would continue to advocate for our continued membership of the European Union, but if the Prime Minister believes in her deal, she has nothing to fear.

“We firmly believe that a People’s Vote is a solution for everyone – including the Prime Minister.

“Allowing the people to endorse or reject her deal and setting a decisive timetable for its implementation would provide certainty at a time when the devastating effects of parliamentary paralysis are not only being felt in the political sphere but in the economy too.

“Plaid Cymru’s version of the People’s Vote would not be a re-run of the 2016 referendum. Instead, it would involve a compact of civility on its conduct. Far from being divisive, it could be a way of healing the deep rifts in society.

“As well as taking a ‘a no deal by default’ scenario off the table, the Prime Minister should be committing to a programme of progression too. For cross-party discussions to be meaningful we must see positive indications of conciliation on her part.”