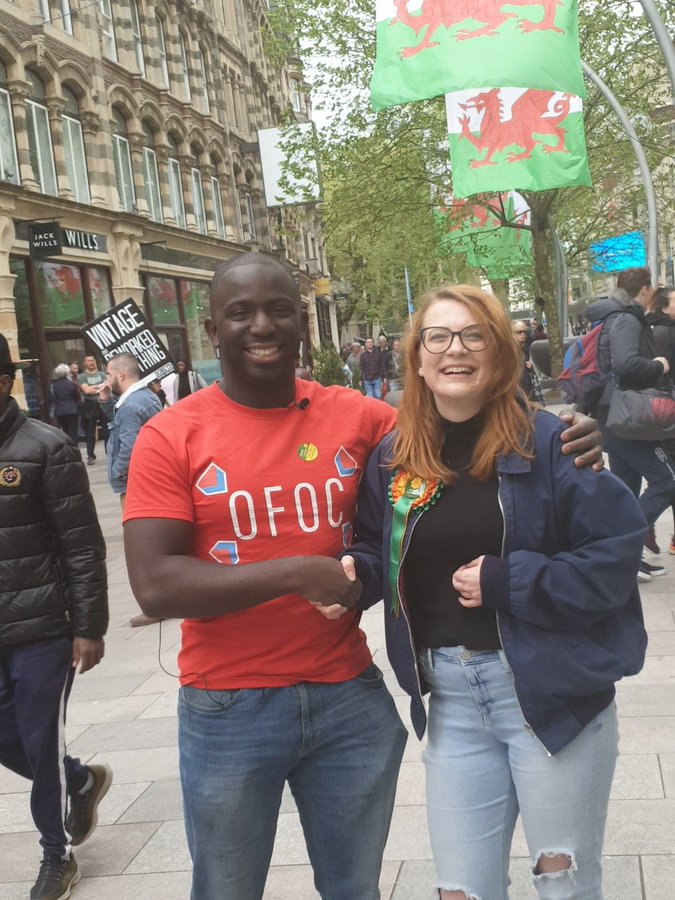 The co-founder of the young people’s anti-Brexit organisation Our Future, Our Choice (OFOC) has given his support to Plaid Cymru’s Carmen Smith in the European election.

Carmen Smith is Plaid Cymru’s second placed candidate and has been a leading campaigner with OFOC, For Our Future’s Sake (FFS), and the People’s Vote campaign. She is a former NUS Wales Deputy President.

“As young people, we are being forced to take control of our futures, and to stand up for what we believe in, because of the Brexit chaos dragging on in Westminster.

“Brexit has created a state of emergency for young people. Even now, almost three whole years since the referendum, we are standing at the edge of a Brexit cliff, staring into the abyss.

“It is no exaggeration to say that hundreds of thousands of young people up and down these islands are angry, frustrated, and saddened at what’s happening at the moment.

“We are seeing Westminster politicians going around and around in circles, failing to achieve anything other than inching us every day closer and closer towards the edge of the cliff.

“Meanwhile, that which young people and students all around Wales and up and down these islands hold most dear continues to be at risk from a Brexit we didn’t vote for.”

“Like her party, Plaid Cymru, Carmen has consistently supported the People’s Vote campaign almost from the very beginning.

“When we were out campaigning on Bank Holiday Monday, we spoke to dozens of residents who were fed up of Westminster’s Brexit mess, and tired of their communities being ignored.

“The mission Carmen and her party have in this election is to make Wales matter. As her peer, I am proud to give Carmen my backing.”