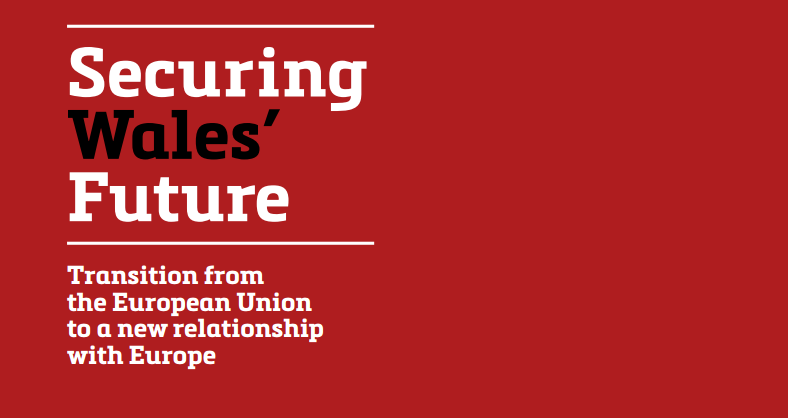 Plaid Cymru Leader Leanne Wood and First Minister Carwyn Jones have today published a comprehensive, credible plan for Wales as the UK moves towards negotiations on leaving the European Union.

The White Paper is not just a shopping list of demands from Wales, but a pragmatic starting point for negotiations that can deliver for all parts of the United Kingdom.

The paper, developed jointly by the Welsh Government and Plaid Cymru, balances concerns over immigration with the economic reality that makes participation in the single market central to Wales’ future prosperity.

• The importance of continued participation in the Single Market to support businesses, and secure jobs and the future prosperity of Wales;
• A balanced approach to immigration linking migration to jobs and good properly-enforced employment practice which protects all workers whatever their country of origin.
• On finance and investment, the need for the UK Government to make good on promises made during the referendum campaign that Wales would not lose funding as a result of the UK leaving the EU;
• A fundamentally different constitutional relationship between the devolved governments and the UK Government – based on mutual respect, reaching agreement through consent
• Maintaining the social and environmental protections and values that we prize in Wales, in particular workers’ rights, once these are no longer guaranteed through the UK’s membership of the EU; and
• Proper consideration of transitional arrangements to ensure the UK does not fall off a cliff edge in its economic and wider relationship with the EU if longer-term arrangements have not been agreed at the point of exit.

"In engaging with this process, Plaid Cymru has prioritised the Welsh economy. We have done this because two thirds of all of our exports go to the European Single Market.

"How we withdraw from the European Union is too important to be left to one party to decide. The consequences following on from the terms under which we leave, what ever they end up being, stand to be far-reaching and long-standing.

"Plaid Cymru has worked constructively with the Welsh Government to write the White Paper and in doing so we have strengthened the Welsh negotiation position.

"I now would urge the UK Government to take these proposals seriously."

“The White Paper provides a comprehensive and credible plan for the negotiations with our partners in Europe on the UK’s exit from the European Union, based on solid evidence. It places Wales’ priorities centre stage, but is designed to work for the UK as a whole. And it is based on dialogue and agreement between ourselves and Plaid Cymru, ensuring it will command strong support in the Assembly.

“It balances the message which the Welsh people gave us that we should leave the European Union with the economic reality that makes participation in the single market so important for the future prosperity of Wales, and indeed the UK as a whole.
“The decision is made that the UK will leave the European Union. The challenge we all face now is ensuring that we secure the best possible deal for Wales and the UK. Together, the Welsh Government and Plaid Cymru, intend to rise to that challenge”