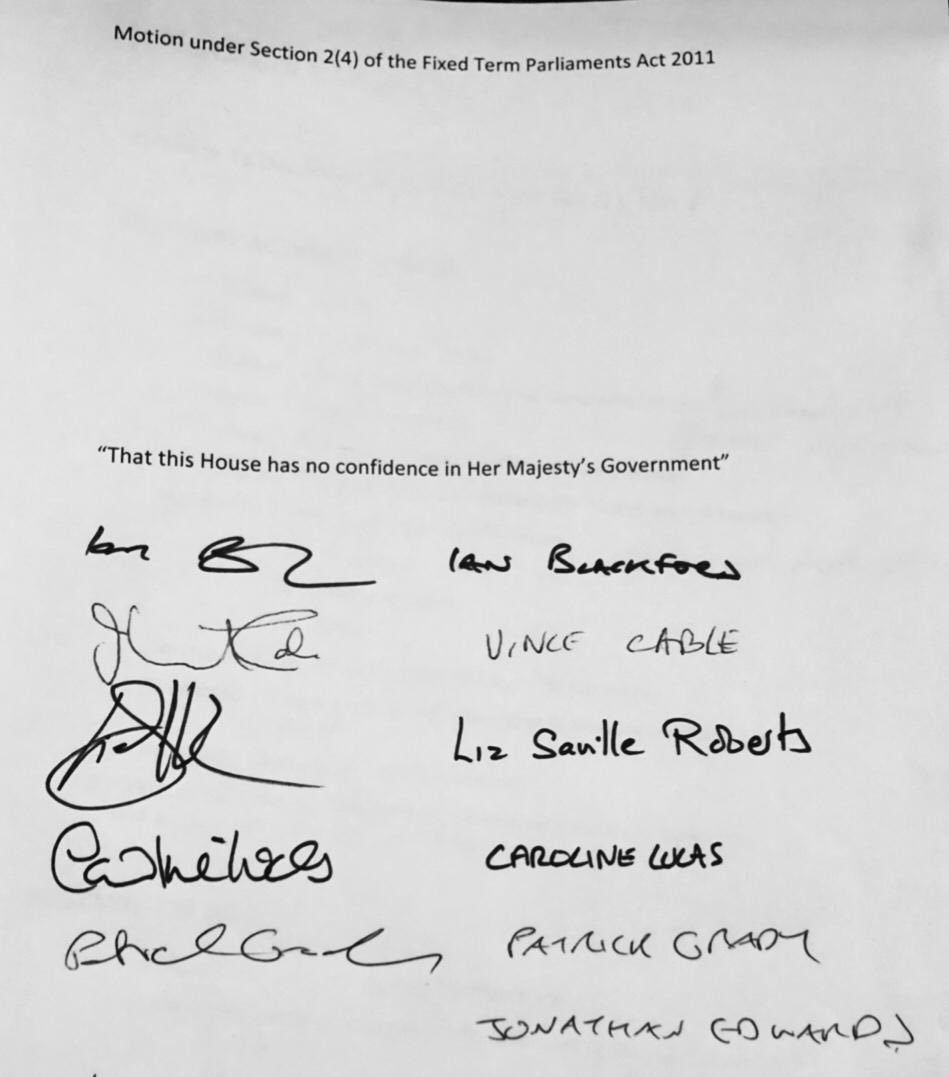 Plaid Cymru, SNP, Liberal Democrats and the Greens have tabled a vote of no confidence in the UK government.

It follows an amendment from the opposition parties to Labour’s ineffective no confidence motion in the Prime Minster on Monday. The motion tabled by Labour was not given parliamentary time by the Westminster government as it is only required to do so if the motion explicitly relates to ‘HM Government’.

Plaid Cymru Westminster Leader Liz Saville Roberts met with Ian Blackford, Vince Cable, Liz Saville Roberts and Caroline Lucas on Tuesday and a joint decision was taken to put forward the vote of no confidence in the names of the opposition leaders.

The decision follows constant pressure on Jeremy Corbyn to table a motion of no confidence in the Westminster government under the Fixed Term Parliaments Act, which the Labour Leader has failed to do.

“With Labour dithering and the Westminster Government playing games, we had to step up to the plate.

“Both are looking to run down the clock – the Prime Minister strives to postpone the day her deal is voted down, and Labour are simply trying to avoid making a decision on what their Brexit policy looks like. These Labour and Tory delaying tactics are creating unnecessary anxiety for businesses, farms and the public at large. There’s no need to drag this out solely for party interests.

“Labour now have the chance to sign up to our motion and force this onto the floor of the House of Commons. If not, they will once again be letting the Tories off the hook for the Brexit shambles that is putting the jobs, wages and economic future of the people of Wales at risk.

“Labour may be the ‘official’ opposition, but this is what real opposition looks like.”