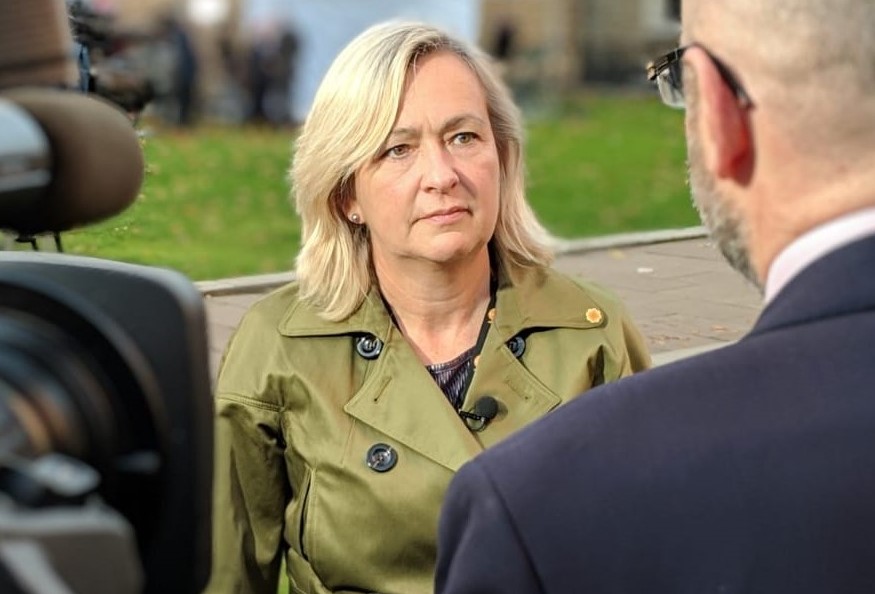 Plaid Cymru’s Westminster Leader, Liz Saville Roberts MP, has said the fact we face the third election in five years shows that Westminster is not fit for purpose. The Party of Wales’s Westminster leader said in her four-and-a-half years as an MP, she has seen that the “only reason Westminster remembers Wales exists is because of Plaid Cymru.”

Ms Saville Roberts highlighted the lack of a single mention of Wales in the Brexit deal – the Withdrawal Agreement – as an example of the lack of thought given to the country.

She went on to say the state of UK politics has clearly led to the mass resignation of MPs, particularly women, and only goes to show the level of “poison” that is seeping in and out of Westminster.

The Plaid Cymru Westminster leader was first elected in 2015 and will face her third Westminster election in under five years. The normal parliamentary cycle, set out in the Fixed Terms Parliament Act, is five years.

Born in south London, Ms Saville Roberts, learnt Welsh after moving to the country and now represents Dwyfor Meirionnydd. She became the Westminster Leader of the Party of Wales in 2017 and has played a central role in the opposition cross-party negotiations in the House of Commons throughout the Brexit process.

“People are fed up with Westminster and I don’t blame them – I am too. The fact that we are on our third election in under five years shows that the place is fundamentally broken.

“I have learnt in the last four years, Wales is really an afterthought in this place.

“The only reason Westminster remembers Wales exists is because of Plaid Cymru. Just look at the so-called Brexit deal, not a single mention of Wales in over 500 pages.

“The politics of the UK Parliament is poisonous, you can see that from the number of MPs that are resigning.

“The simple fact of the matter is if people in Wales want our country’s voice heard and want to change the broken system, they need to elect people from their communities that back their country. That means electing Plaid Cymru MPs.”