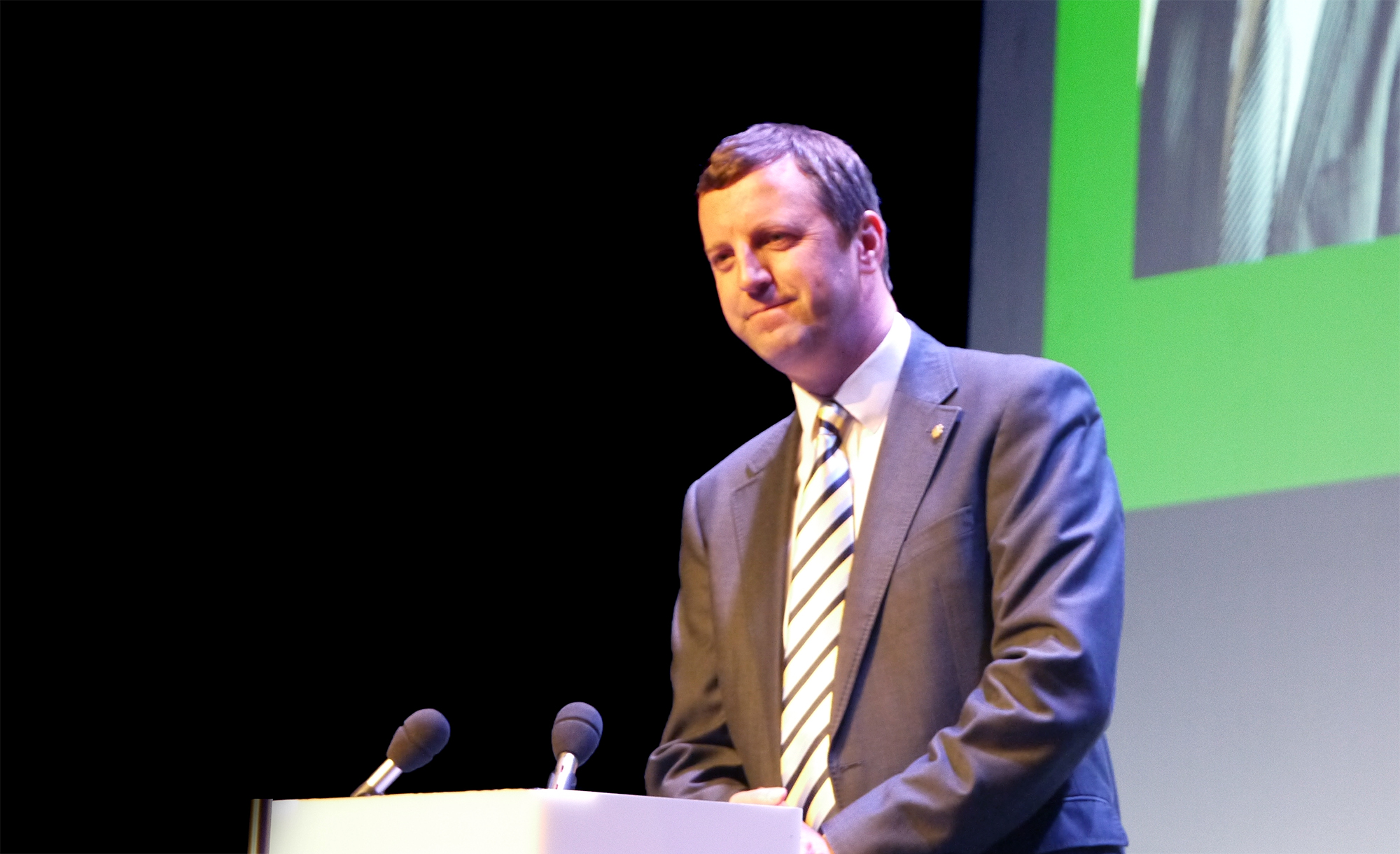 Economic uncertainty caused by Brexit is a worrying sign of economic times to come, Plaid Cymru has said ahead of the UK Chancellor’s budget on Wednesday.

The party’s Treasury spokesperson has urged the UK Chancellor to use his budget speech on Wednesday to give businesses certainty over the future of British State-EU trading relationship.

The Carmarthen East and Dinefwr MP and member of the Brexit select committee says that the uncertainty for business caused by the Tories’ insistence on pursuing “the most extreme form of Brexit possible” is behind a “nosedive” in business investment which is damaging the economy, jobs and wages.

Data by the Office for National Statistics show that business investment is at its lowest since the financial crash and fell by 1.5% in 2016. The Institute of Directors also reports that about a fifth of its member companies have been reining in expansion plans since the referendum – decreasing investment, delaying hiring employees or considering moving operations abroad.

Mr Edwards says that Wales, with its export surplus and expansive trading relations with Europe is particularly exposed, and has called on the Chancellor to announce a series of measures to mitigate the impact of Westminster’s extreme Brexit. He has also demanded a major transfer of financial responsibility from Westminster to the National Assembly.

“Despite running a programme of deep and painful spending cuts for the past seven years; despite the highest burden of taxation since the 1980s; and despite promising that the so-called ‘long-term economic plan’ would eliminate the deficit by 2015, there’s no sign of the deficit disappearing for the foreseeable future.

“One of the key factors in creating economic growth is getting businesses to invest, and business investment which was already at very low levels has nosedived since the Brexit referendum. And who could blame them? They’re set to lose their place in the world’s biggest free trade bloc, and they still don’t know how bad the damage will be, or what measures will be put in place to mitigate it.

“The Chancellor must use his Budget speech on Wednesday to chart a new course. Now that the UK Government has chosen to follow a path outside the Single Market and the Customs Union he must outline how he will mitigate both tariff and non tariff barriers. Businesses could then be confident that whatever changes are made to the British State’s trading position, the impact will be covered by the Government and not themselves.

“We also must now demand that fiscal responsibility should lie at nation level so that the nations of the UK can each respond to their own unique economic needs.

“Wales’ export portfolio differs drastically from Scotland’s and England’s for example and the Welsh Government should be free and able to form their policies around Wales’ particular needs, rather than being forced, as usual, to accept a one-size-fits-all, made-in-Westminster policy.

“There is no reason why Westminster following Brexit should hold on to economic levers such as VAT, corporation tax. Air Passenger Duty should also be devolved. The questioned that has to be answered by Westminster is why should Wales have an inferior fiscal package to Scotland and Northern Ireland, and what economic disadvantage do we face as a result of a second class settlement?

“The Chancellor has an opportunity to break away from his predecessor’s failed ideological experiment with austerity and set the economy on a different path - a path of equality, prosperity and hope.

"The Chancellor by all accounts does not share the ideological obsession of some of his Cabinet colleagues and the Prime Minister for leaving the Single Market and the Customs Union. However he has the responsibility of getting the economy ready for the testing waters ahead. The clock will begin ticking in a few weeks once Article 50 is triggered. He needs to act now.”