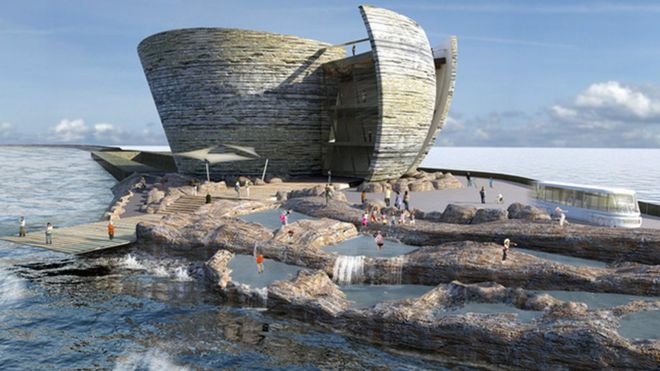 Plaid Cymru has called the publication of a report in Westminster by former UK energy minister Charles Hendry backing the Swansea Bay Tidal Lagoon as a potentially game-changing moment for the tidal lagoon industry.

Party of Wales Leader AM Leanne Wood called for the project to deliver as many local jobs as possible, saying that the lagoon will “unlock a new era” for green energy across Wales and further afield.

Ms Wood is today attending sixth forms in Crymych and Tenby in Pembrokeshire, and has said that the economic benefits of the project should be spread throughout the whole of west Wales.

“Today’s report backing the Tidal Lagoon is game-changing news for Swansea and for the nation.

“We now need to ensure that the project generates and delivers local jobs. Swansea needs these big investments and to act as an industrial hub for the west, creating work for people in the city and also people in Carmarthenshire and Pembrokeshire.

“The Labour Government has a vital role to play here, and Plaid Cymru will be calling on them to create a full skills plan which ensures local people are given a chance to get the right skills and apply for posts, especially in construction. We want to ensure that Welsh steel is used in building it, and that Welsh companies get contracts to work on it.

“The western parts of Wales have not seen their fair share of investment in the past. But this project, if it goes ahead, will unlock a new era for green energy.

“It will put Wales on the map and could lead to more tidal lagoons off our coastlines.

“Providing the environmental and regulatory concerns are met through the planning process, we could now be looking at Wales leading the world in this new technology.”

“Wales still does not have the freedom to make the decision on this scheme. The Conservative Government has to listen to the evidence in this report and give their backing to the Swansea Bay scheme, otherwise they will be seen as turning their back on Wales.

“The Swansea lagoon project has had strong and cross-party support in Wales. I have discussed with several companies in Pembrokeshire and Carmarthenshire who stand ready to bid for the procurement that will follow.

“As well as the significant economic benefits, the proposed seawall would also provide protection for Swansea Bay’s coastal communities from coastal erosion and storm surges. The investment could, therefore, reduce the need to spend on flood and coastal defence.

“The lagoon would enable Wales to take action in terms of its global responsibility for climate change and to play a leading role in the marine energy sector, acting as a catalyst both to the rest of the UK and globally for development of the technology.”

“As this report recommends, the Westminster Government must stop dithering and push ahead with the development of Swansea Bay Tidal Lagoon to unlock Wales’ potential as a global leader in green energy.

“Plaid Cymru will now work at all levels to press those in positions of power to make this project create local jobs for people in the west.”

“The value tidal lagoons can bring to Wales is evident and it is time Wales could decide on these key infrastructure projects.
“The Swansea Bay Tidal Lagoon Company has reiterated its commitment to focus on a local, Welsh supply base and the UK and Welsh Governments must now work together to make sure this is realised.”