More than 30 years after Section 28, Pride is still very much needed 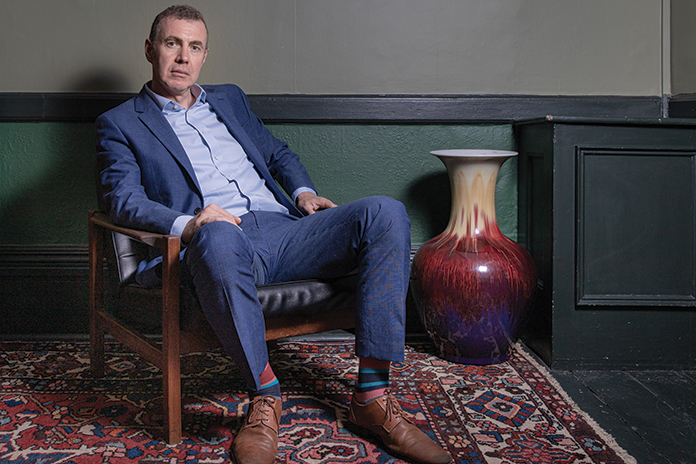 Around 31 years ago I attended my first Pride march in Cardiff in protest against Margaret Thatcher’s Section 28.

That legislation – regressive in nature, bitter in spirit, and horrific in consequences – did untold damage to an entire generation of young people.

It told people like me that there was something wrong with us – that we would never be accepted, that we didn’t fit and that we weren’t ‘normal’.

Those were dark days where many harboured a quiet suspicion of LGBT+ people.

Growing up in the coal mining community of Ammanford on the western edge of the valleys of south Wales, hearing and experiencing prejudice became the new normal and made accepting my own identity a challenge in itself.

It wasn’t until my later youth, at the height of the miners’ strike I would see how the people of my town welcomed London’s Lesbians and Gays Support the Miners with open arms.

That planted a seed in me that perhaps one day I would be able to live openly, freely and proudly as a gay man; that I would have nothing to hide.

Attending the anti-Section 28 protest in Cardiff a couple of years later became another pivotal point in my journey in coming out as a gay man.

There I would meet people who shared my passionate belief that there was something deeply uncivilised about teaching young people that an integral part of their being is wrong.

For me, it was a moment where I looked at where I was and what I wanted in life, and I thought to myself: it’s now or never. And that was that.

In its essence, that is the lesson at the heart of any Pride march: that we are all better, more fulfilled versions of ourselves when we are able to live freely and openly.

Yet still too often, young people today fear coming out because they might not be accepted by their families, or they might face abuse and discrimination.

Sadly, it follows that people who are identifiable as LGBT+ in one way or another self-censure to avoid stares, comments, or worse.

This why Pride is still very much needed.

Of course, it’s a celebration and an opportunity to get together with friends and loved ones for one big rainbow-coloured party. But it is also, and must still be, a protest.

Because of how it was born, Pride is inherently political.

There are very few things as political as making a stand of defiance and declaring to the world that we’re here in all our LGBT+ glory, there’s nothing ‘wrong’ with us, and we’re not going anywhere.

It is through events like Pride that progress is made. It is through the tireless activism of the LGBT+ movement that society changes. And it is through our actions that we build a better world.

Thirty years on from that very first LGBT+ march in Cardiff – born out of necessity in response to a homophobic government that would have seen people like us live our lives in shame – I am one of three openly LGBT+ politicians in the Senedd.

And I am proud to be the first openly gay politician in Wales to lead a political party.

That is no coincidence.

We are all shaped by our communities, by our experiences, by the people we meet and the ideas we happen upon.

Meeting the lesbians and gay men who came from London to support my community in 1984 shaped me. And seeing how my community reacted by giving them a warm Ammanford welcome shaped me even more so.

Though times have changed and things are relatively better for the LGBT+ community we are still so far away from being able to live truly free.

It was the black lesbian author and activist Audre Lorde who said, “'I am not free while any woman is unfree, even when her shackles are very different from my own”.

And she was right. None of us can truly be free until we are all free.

The arrow of history may bend toward justice but it’s not inevitable. And the best tribute we can pay to those who went before us is to keep up the fight – to remain loud, proud and visible.

It is in that spirit I offer my best wishes to all those attending Pride Cymru this weekend. Take care of yourselves, enjoy, and remember that by simply being there and taking part, you are helping to drive the change that can make our country better.

Wouldn’t that be something that we could all be proud of?

Photo by Zephographica for QX Magazine

This article is published in the Western Mail, 24 August 2019