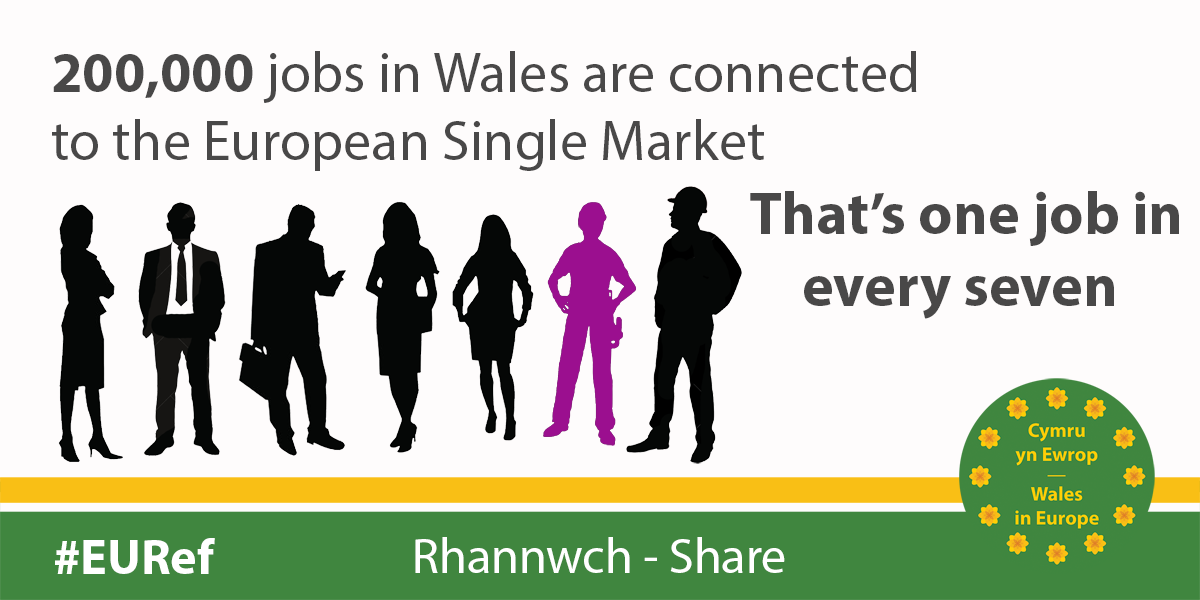 Plaid Cymru leader Leanne Wood has today hailed the importance of access to the European Single Market to the Welsh economy, citing figures showing that 200,000 jobs in Wales are linked to the EU.

Leanne Wood argued that continued membership of the European Union would facilitate Welsh economic growth in future, saying that a Remain vote on Thursday made the "most economic sense" for Wales.

“We know that nearly 200,000 jobs in Wales – almost one in six – are part of the European Single Market of almost 500 million people across the continent.

“That means that, if you look around your family and friends, you will find that many of them work for a company that either imports or exports goods or services around Europe, including many things that we take for granted from cars to supermarket food.

“It would be wrong to say that these jobs would disappear if Wales voted to the leave the European Union, but it would be a risk because we don’t know how difficult any re-negotiation process would be or whether EU countries might make it more difficult to compete with their own products as a result.

“Any job losses as a result of this would have a further negative effect on our economy and local communities.

“There would also be an opportunity cost that would mean that we don’t create so many jobs in future because it might be harder for us to import or export to the rest of the EU, including our nearest neighbours such as the Republic of Ireland.

“Plaid Cymru is supporting a Remain vote as the option which makes most economic sense for Wales. We benefit from our membership of the European Single Market and we think it is in Wales’s best interests to be able to sell our manufactured goods there.”