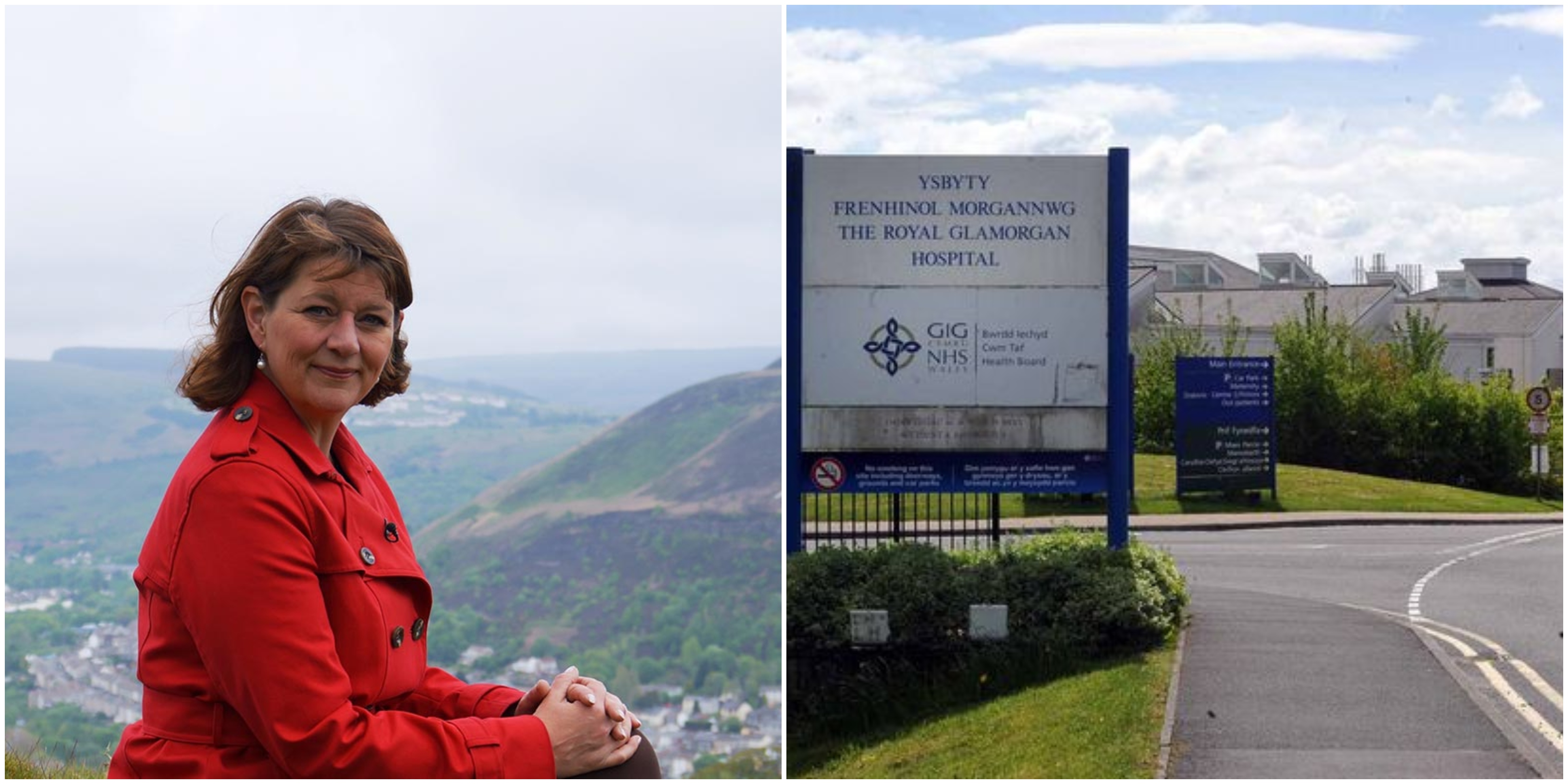 Leanne Wood the Assembly Member for the Rhondda has proposed that the Royal Glamorgan Hospital could be established as ‘A&E Centre of Research’ to safeguard its future.

Plaid Cymru’s Leanne Wood AM said the proposals would counter the negative perceptions around the Royal Glamorgan Hospital in Llantrisant after being under threat of having consultant-led services removed for the last six years.

Ms Wood said the positive plans from Plaid Cymru could make the hospital more attractive for consultants looking to build experience in what remains the busiest A&E department in Cwm Taf Morgannwg University Health Board.

Ms Wood was speaking ahead of the Health Board meeting Abercynon this [Thursday] morning to discuss the plans. Plaid Cymru have also organised a public meeting to take place on Monday next week to gather views as to how the communities in the Rhondda should best respond to the plans.

“Health chiefs at Cwm Taf are recommending two options for the future configuration of A&E services which will either see the Royal Glamorgan lose consultant-led A&E services completely or partially.

“Plaid Cymru is proposing an alternative to these two options - making the Royal Glamorgan Hospital more attractive to consultants looking to build up experience and carry on learning throughout their career.

“In our 2014 plan to recruit 1,000 extra doctors to Wales, we proposed making the Royal Glamorgan Hospital a research centre for treating respiratory conditions due to the high levels of conditions in these communities.

“Creating a centre of excellence - an academic institution tailored to the latest innovation in emergency medicine would be a major positive step we could take to ensure the hospital attracts and retains medical expertise. This kind of policy would usher in a much-needed environment change for the A&E department of the Royal Glamorgan Hospital, which has run down in recent years, due to this threat of a downgrade. Since our A&E has been under threat of having services removed for the last six years, it is hardly surprising that many consultants do not wish to work there.

“Had the Labour Government adopted our plans six years ago to train an extra 1,000 doctors we would be in such a difficult position right now. Instead, they scoffed at the plans and chose to centralise services instead.

“The problem with the recruitment of consultants goes back further than 2014. Labour have been in charge of the NHS in Wales since 1999 so they cannot hide from their responsibility and lack of action in this area.”

Leanne Wood AM added: “Since this devastating news broke last week, many people have got in touch to express their anger, frustration and fears for the future of hospital provision in Rhondda and beyond. As a resident of the Rhondda, I share those concerns.

“We in Plaid Cymru - will do what we can to secure these vital services as close to the communities of the Rhondda as possible. The Labour Government’s inability and inaction in terms of training and recruiting enough consultants to serve our NHS cannot be allowed to make people feel to far away from vital services when they need them.

“Everyone is welcome to Plaid Cymru’s open meeting in Porth next Monday (Feb 3rd) to air their views and suggest alternative proposals that will safeguard the Royal Glamorgan’s A&E department.”