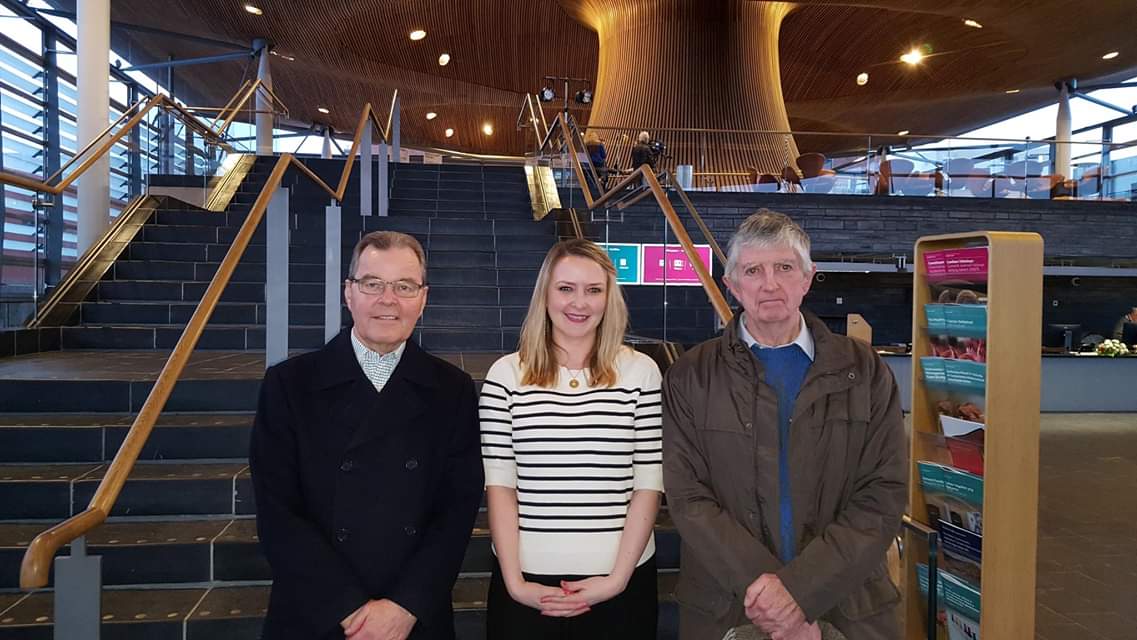 Plaid Cymru AM Bethan Sayed tabled and opened a debate in the National Assembly on behalf of campaigners from the Pensions Action Group, seeking restitution over lost pensions resulting from the closure of Allied Steel and Wire in 2002.

Campaigners have been engaging with Ms Sayed and other members, urging a debate to affirm the National Assembly’s commitment to fair treatment for those ASW pensioners and others in the Financial Assistance Scheme.

In 2002, ASW collapsed and it was found that there was a 21 million shortfall in their pensions pots. Many workers began a campaign which, backed by people such as now Baroness Altmann, culminated with the introduction of the FAS and a year later the Pension Protection Fund to help guarantee most private pension contributions. However, the FAS does not inflation proof pension contributions made prior to 1997 and does not fully index for inflation for contributions made after 1997 and includes a payments cap. This has resulted in a significant loss in the value of pensions for many in the FAS, including the ASW campaigners.

“I’ve been deeply aware of how fragile our private pension system is and how some companies will do what they can to get out of their obligations, since the Ford Visteon pensioners campaign. I’ve been privileged to help raise awareness with the Pensions Action Group and the ASW pensioners. We must remember that pensions are not a golden parachute or a thank you bonus – they are a deferred salary. They are contributions made by employees, some made over decades, with the expectation that they would then receive retirement security and the money they paid into the system. Instead, hundreds of workers are spending their retirements campaigning for justice.

“What’s happened to these campaigners is an outrage. It’s an outrage born with the legislation that introduced the FAS and an outrage that’s not been corrected by any UK Government since. It’s not right that just because some time has passed, that we can ignore what’s happened, because these campaigners are here and with us now, they are still living with the consequences of the injustices they have suffered.

“I hope that this debate will remind us to continue working for restitution for those that have lost all or parts of their pensions in this campaign and move this back up the political agenda. But we should also pay close attention to other, growing problems of insecurity in pension schemes across the country in a whole range of industries. There needs to be a major political focus on wholesale and fair reform of pensions and pension security, with workers at the forefront.”

Dr Dai Lloyd AM for Plaid Cymru for South Wales West who also spoke in the debate added,

“This is a scandal which has been on-going for far too long. I was in the National Assembly when this issue first arose and successive UK Governments have done nothing at all to provide restitution after hard working people, who paid into their pension schemes for years, had their pensions stolen from them.

“The introduction of the FAS and PPF were meant to be progressive changes of a Labour government but it turned out to be anything but. Labour and Conservative governments at the UK level have consistently ignored or tried to evade giving fair treatment to ASW workers and others, who suffered the blow of losing part or all of their pensions. It’s high time the UK government re-visited this and move to finally introduce changes in the FAS and provide long awaited restitution.”

“We’re pleased that the National Assembly has brought this debate and has once again supported us in our fight. The fact is that after almost 17 years campaigning for justice we have still not received it. We were workers who paid into pension scheme, as we were encouraged to do so, we trusted that this company would meet its obligations – they did not.

“We hoped and trusted that Government’s at Westminster would honour commitments they made to us and that they would give us the justice and fairness we are owed – they have not. We want people to know that we have not gone away and we are still waiting. This is something that could happen to anyone and nobody deserves the treatment we’ve had to endure. I hope that this can now go back onto the political agenda.”