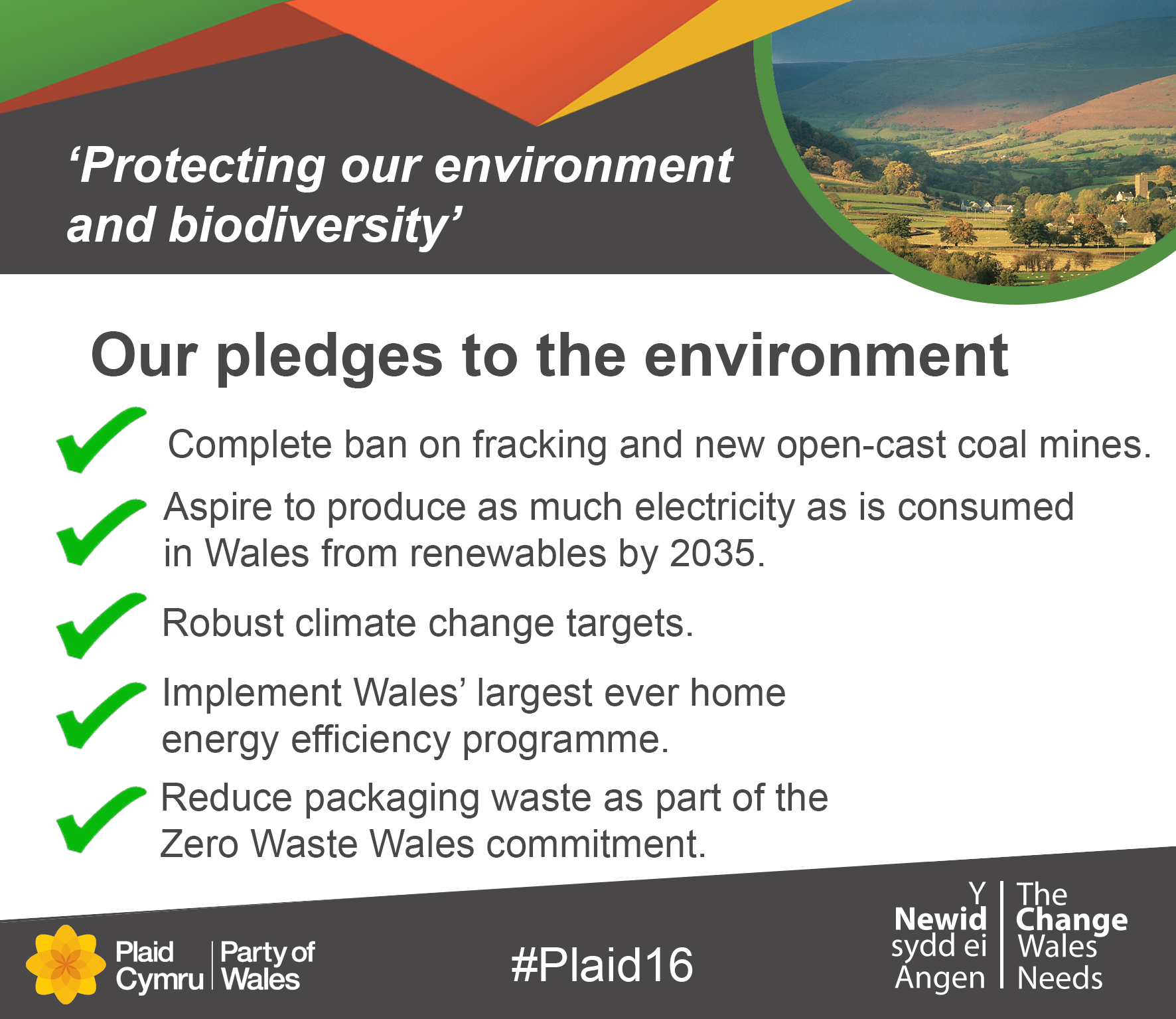 A Plaid Cymru government would be the greenest government Wales has ever seen, the party’s Shadow Environment Minister Llŷr Gruffydd has said.

Llŷr Gruffydd said that one of his first jobs as Natural Resources Minister would be to commission an assessment of Wales’ renewable energy potential and boost the creation of community energy schemes.

Plaid Cymru’s Energy Atlas would be a national inventory of green energy potential, including a detailed plan for the phased use of Wales’ natural resources and the development of indigenous firms with micro-generation expertise.

“A Plaid Cymru government will be the greenest government Wales has ever seen. We have already outlined our ambition to generate 100% of the electricity used in Wales from renewable sources by 2035, but Plaid Cymru will go further than this.

“One of the first jobs of a Plaid Cymru government will be to commission an Energy Atlas – an inventory of Wales’ green energy opportunities – so that we can fully map Wales’ energy potential. One of the biggest failures of the previous Labour government has been its reluctance to set targets on renewable energy in Wales for us to work towards. Plaid Cymru will use the Energy Atlas findings as a basis to develop a comprehensive and ambitious renewable energy strategy for Wales.

“Wales has enormous potential as a green energy powerhouse. We have enough renewable energy potential to recharge our economy. It’s time for a government that will unleash Wales’ true potential.”