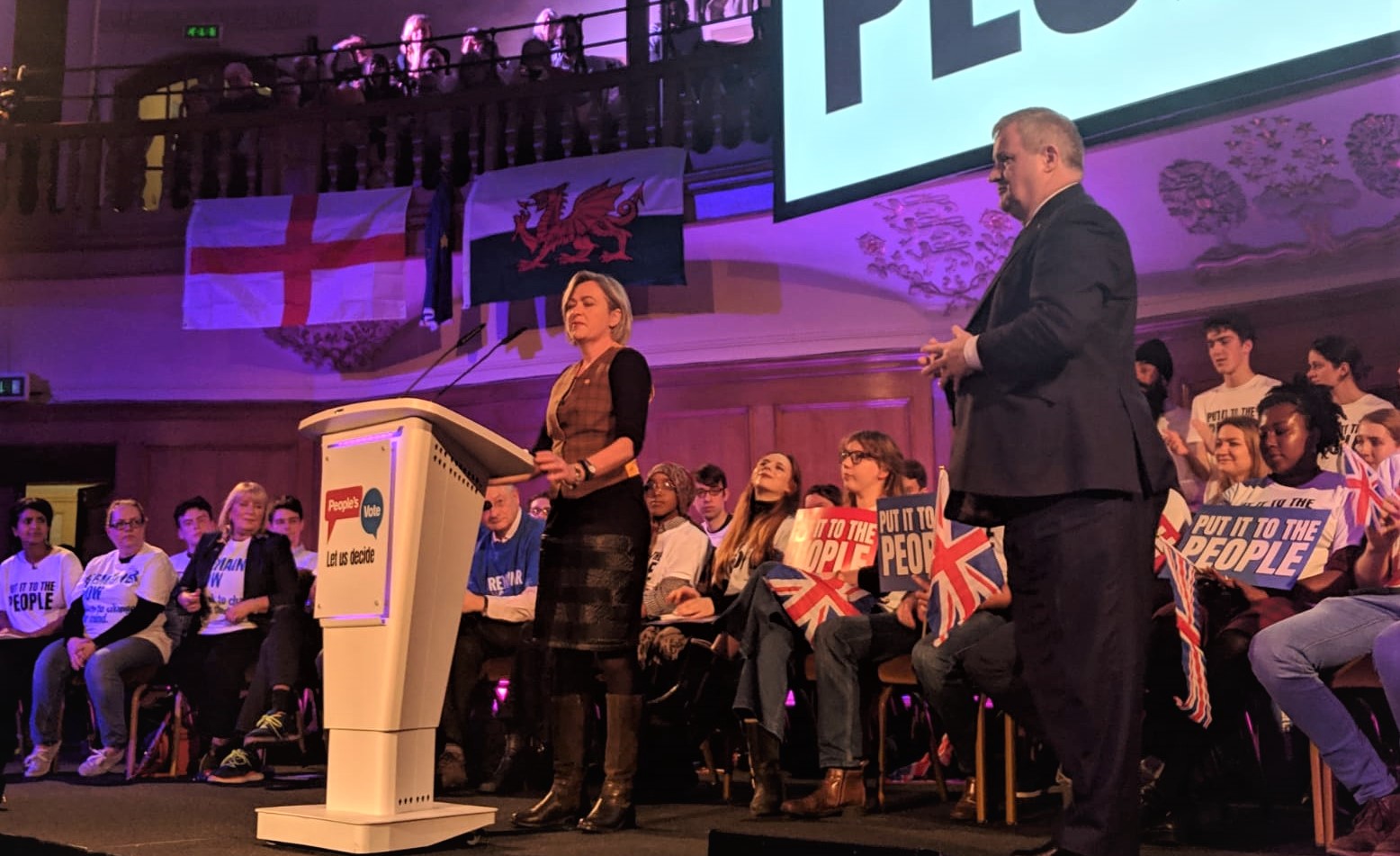 Plaid Cymru's Leader in Westminster delivered this speech to hundreds of people in a People's Vote rally, today (9 April) in Westminster.

Because those clowns lied. They got drunk on their own Churchillian rhetoric, and thought they’d get away with tub-thumping soundbites, unburdened by the truth.

Plain and simple. The people were lied to.

Boris has changed his mind, Jacob too, but the people who they lied to, they don’t get to change theirs.

To paraphrase the latest buffoon thrown up by Brexit, Mr Mark Francois – forgive them father, because they know exactly what they did and now they are regretting it.

We demand a People’s Vote in the name of the millions of people who were lied to about the benefits of Brexit.

We demand a People’s Vote in the name of the million of young people who couldn’t vote, but whose futures are being stolen.

We demand a People’s Vote in our name. The name of people across the four nations of the UK that now know what Brexit really means.

This is not about subverting democracy, but empowering the people.

This is not about fighting old battles, but forging a better future.

This is not about the ambitions of a few political personalities, but delivering for you, the people.

I’ve just come from Westminster and I can promise to you Brexit has broken that place.

A Government in chaos, a Parliament in deadlock and a people looking on in complete confoundment.

And to Theresa May and Jeremy Corbyn, I say one thing, if you agree a stich-up deal, if you collaborate to stop a People’s Vote, if you circumvent giving the people a final say, we will remember – and at that ballot box you will pay, in the name of democracy.

On her way to the continent, let’s remind the Prime Minister that this is not over.

A long extension is not just now necessary, but likely. And are we afraid of fighting European elections? No.

Are we afraid of the racists on the fringes using the Brexit bandwagon to push their message of hate? No.

Are we afraid of a referendum based on the facts? Hell no.

So, today, let’s make our voices heard, inside and outside Westminster. In Wales, Scotland, Northern Ireland and England. Let the Prime Minister – and the leader of the opposition for that matter know – We demand a People’s Vote.