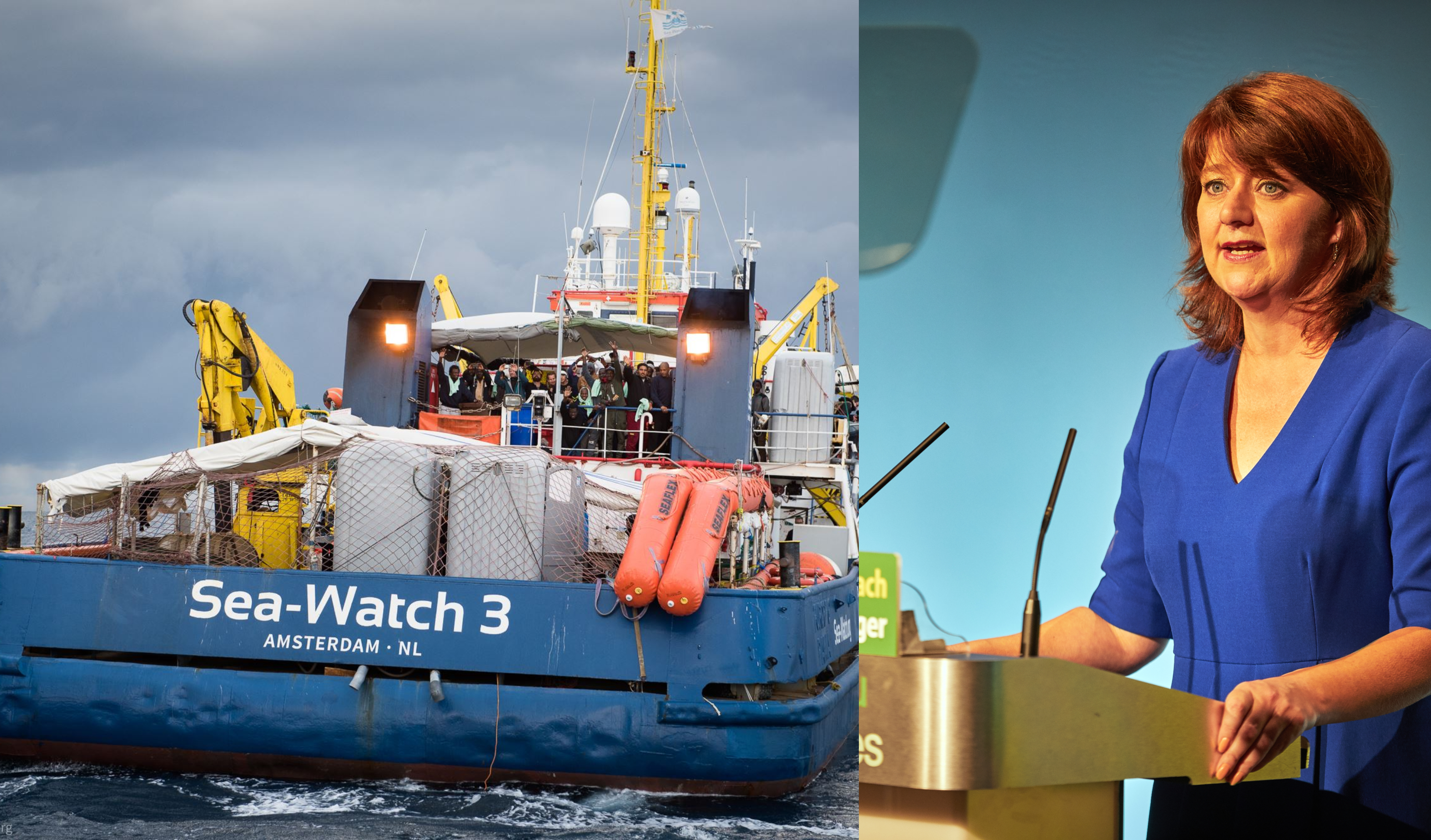 The ship that rescued 32 refugees from a rubber vessel with a broken engine off the Maltese Coast has finally been permitted to disembark in Malta.

An agreement has been reached on a deal which will see a group of 49 refugees disembarking in Malta from two NGO rescue ships – the Sea Watch and Sea Eye, for distribution among eight EU countries.

The agreement was announced on Wednesday morning by Prime minister Joseph Muscat.

Plaid Cymru AM Leanne Wood, who had been in contact with one of the rescue vessel’s crew who had asked for help, Robin Jenkins, has welcomed the announcement.

Mr Jenkins, a UK resident, confirmed he had rescued 32 people, including 4 women, 2 children, 1 baby and 2 unaccompanied minors. They had originally been denied access to a port of safety.

Responding to the confirmation that the people on board the Sea Watch will now be able to disembark in Malta, Plaid Cymru AM Leanne Wood said,

“I’m relieved that an agreement has finally been reached and that those stuck on board the Sea Watch since the 22nd of December can finally be brought to shore.

“I pay tribute to the campaigners and incredible crew on board the Sea Watch – including Robin Jenkins, who worked tirelessly to ensure that the passengers were cared for and can now finally find safety. Their tenacity has produced this result.

“However, I’m frustrated that it has taken so long and such a campaign to find a resolution. The UK Government were in a position to offer assistance and refused and should be ashamed of their inaction.

“This is not the end of the problem. Instances like this will keep happening. We must deplore the inhumane treatment of refugees fleeing danger and take a much more systematic and compassionate approach to refugees escaping conflict here in Wales and throughout the whole EU.