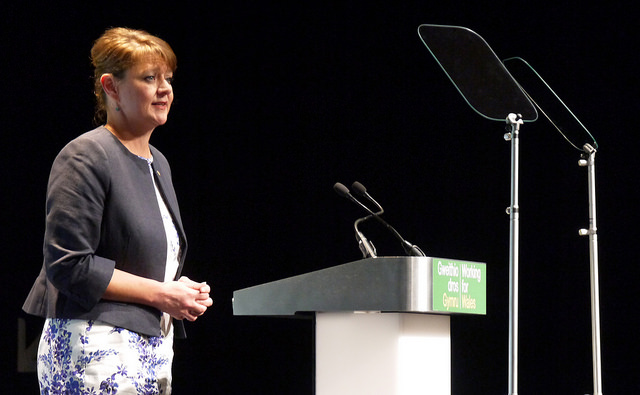 Plaid Cymru has launched a new mental health policy for young people at its Spring Conference.

During her keynote speech, party leader Leanne Wood announced that a Plaid Cymru Government will create a right to mental health care for young people.

Current waiting times show that almost a fifth of children and young people are waiting more than 10 weeks for a first appointment, and that almost half  have to wait more than 4 weeks.

Speaking of her “personal commitment”, she said that more resources would be given to health boards up front to ensure the range of available treatments could expand.

The Plaid Cymru Leader also confirmed that non-CAMHS services and preventative measures would be funded by her party in government, including targeting children in households facing job insecurity and financial difficulty.

She also addressed the Labour Government’s record on the NHS more widely and attacked its poor record of delivery, whilst outlining alternative proposals.

The policy was outlined as one of a wider set of “goals for government” which will be developed jointly by Plaid Cymru politicians in the run up to the next Assembly elections.

“Almost 1 in 5 children and young people are waiting more than 10 weeks for an appointment.

“That fifth child is not just a statistic. That child could be on the edge of a crisis. Irreversible decisions and damage being done all the while.

“This is not good enough.

“I want to see a rights-based approach.

“Building on the precedent where Wales has legislated for children’s’ rights, a Plaid Cymru Government will create a right to mental health care for young people.

“Health boards will face fines if children continue to be failed.

“A Plaid Cymru Government will increase resources…but increased resources for health boards must result in waiting times being reduced.”

“I have made a personal commitment to push the Welsh Government to improve mental health outcomes, especially for younger people.

“Our message to young people, and to their parents, is that you are valued.

“You are our next engineers, our nurses, our builders.

“Thankfully, most young people will never require these services.

"But for those who do, a Plaid Cymru Government will always support you, and stand with you.”