Leanne's ratings better than all leaders in Wales and England 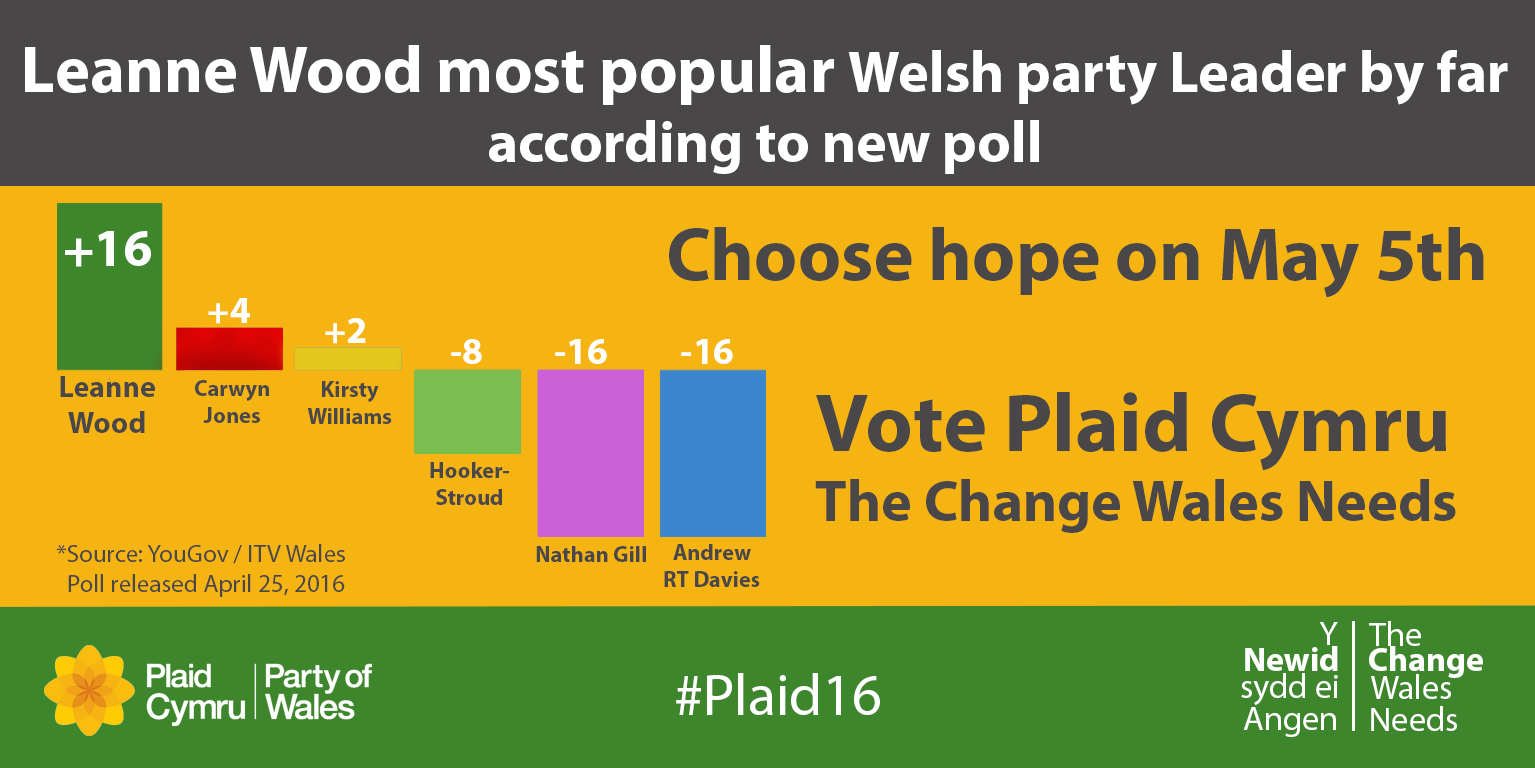 Plaid Cymru's Rhun ap Iorwerth has welcomed a new poll by YouGov for ITV Wales showing that the party's leader Leanne Wood is performing better than all other leaders in Wales and England, including the current First Minister of Wales.

It is also the third consecutive poll putting Plaid Cymru in second place in terms of the number of AMs ahead of the Conservatives, and just 7 points behind Labour on the regional list vote.

Rhun ap Iorwerth said that the poll showed momentum firmly with Plaid Cymru going into the last 10 days of the Welsh Assembly election campaign, and that Leanne Wood is "without doubt" the strongest, most competent and credible candidate for First Minister.

"This is an encouraging poll for Plaid Cymru and shows that we have momentum going into the final days of the campaign.

"We are delighted that the warmth, respect and affection we're experiencing for Leanne Wood on the doorstep is reflected in this poll which gives her a clear lead as the most popular party leader in Wales.

"It also shows that people believe that Leanne Wood is performing better than the leaders of all Westminster-based parties.

"Leanne is without doubt the strongest, most competent and credible candidate for First Minister in Wales.

"With just ten days to go until people go to the polls, we are determined to keep up the hard work and spread our positive message that Plaid Cymru has the strong leadership and fresh ideas required to offer the change Wales needs."